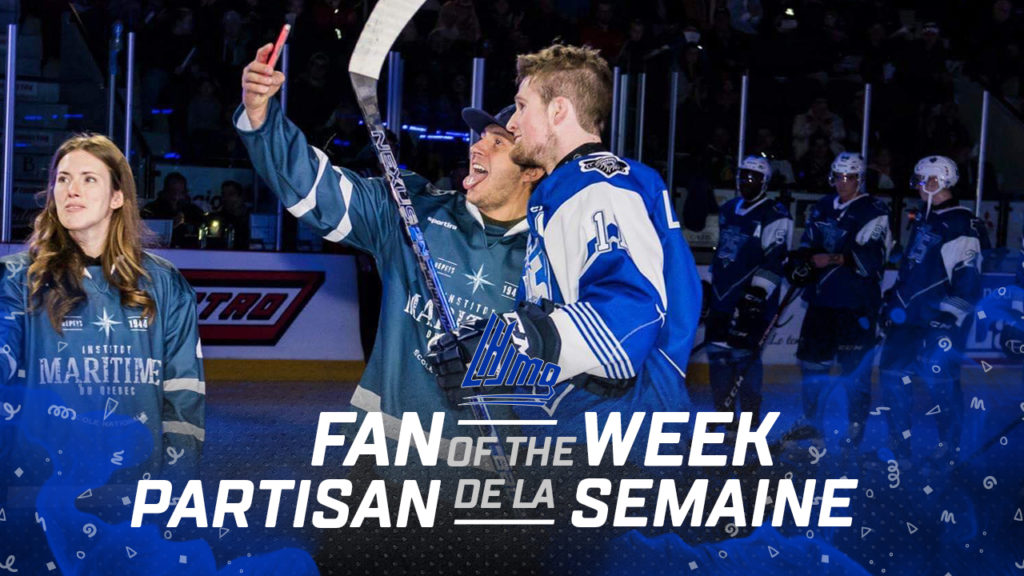 I moved to Rimouski at 31-years-old in order to complete my professional diver’s course held at the Maritime Institute of Quebec (MIQ).

I knew the city had a QMJHL team and, as faith would have it, the Colisée is right next to the residences where I’m staying. I think I missed maybe seven of eight games since the start of the pre-season schedule. I literally fell in love with the team!

The Nics are so talented: when the train gets going, it’s impossible to stop it! Obviously having Alexis Lafrenière, a true made in Quebec diamond in the rough, really helps in getting new fans hooked. He’s nothing short of incredible thanks to his vision, unreal hands and his shot. Wow! What a hockey player!

An Oceanic fan for life,

Funny Story: Michaël was asked to drop the puck during a ceremonial faceoff with other members of the MIQ back on the October 20, 2019. Once he was in the middle of the ice, he never hesitated to pull his phone out and snap a selfie with Lafrenière. Everyone in the Colisée burst out laughing! 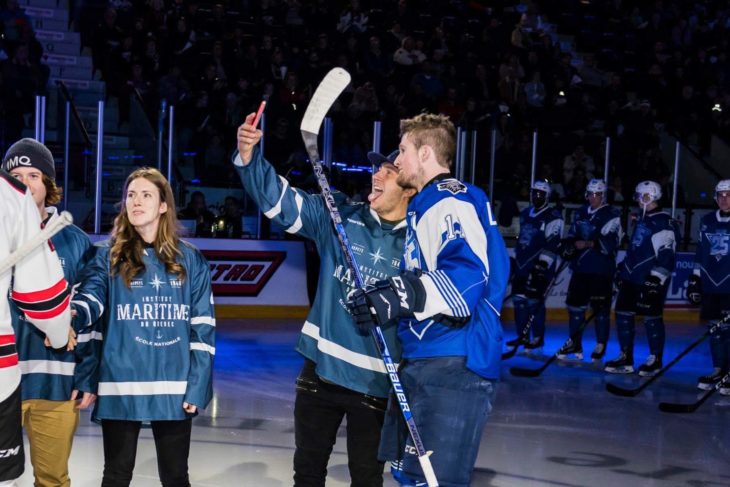