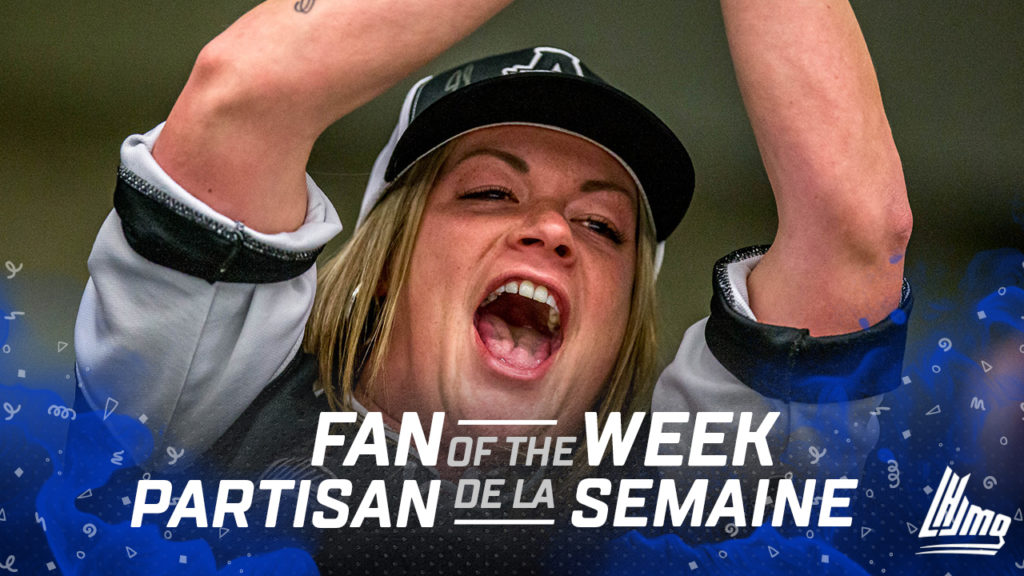 “Kim has loved hockey ever since she was a little girl. But the Armada represents much more than hockey to her”, explained her father, Jean-Claude Boies, who’s also been involved with the Armada since the very beginning.

She’s been following the Armada for some time, but more specifically in the last four years. This die-hard fan will never forget the trip she made to Bathurst back in 2018. Following the team with other fans, they took the road with the Armada who was then playing in the President Cup Final.

Kim met some incredible people within the organization, including some dedicated and always smiling volunteers, all of whom have this joy of living. The players don’t know, but she considers them as her second family.

On game day, this fan is as excited as they come! She can’t wait for night time so she can head over to the Centre d’Excellence Sports Rousseau, or catch the game’s webcast on her tablet. Despite going through some tough times in life, Kim has always found some comfort by watching her team play. The Armada always seems to give her chills!

The ambiance is superb during games, especially since she considers that she sits in the best section (115) with other super fans!

“The Armada always plays with a lot of heart and is relentless. That’s what makes us all so attached to this tremendous group. I really thank the organization for allowing us to live through such awesome times!”, says Kim. 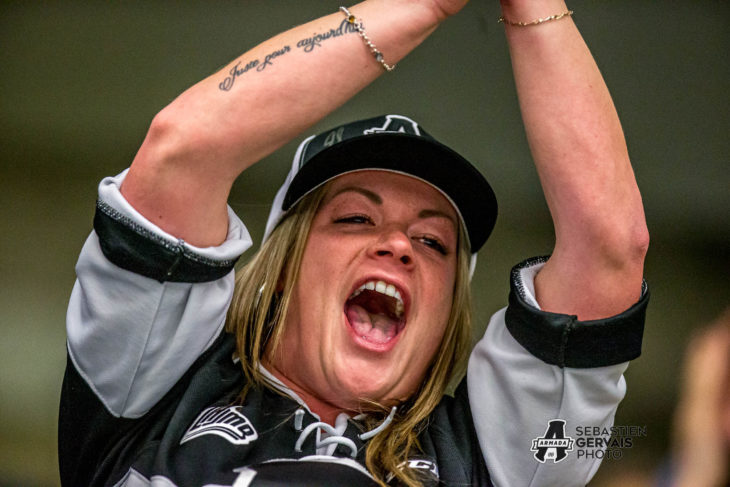 2:46
Blainville-Boisbriand Armada Chicoutimi Saguenéens
The Armada does not how to loose anymore ! Armada 3 Saguenéens 0
14 hours ago