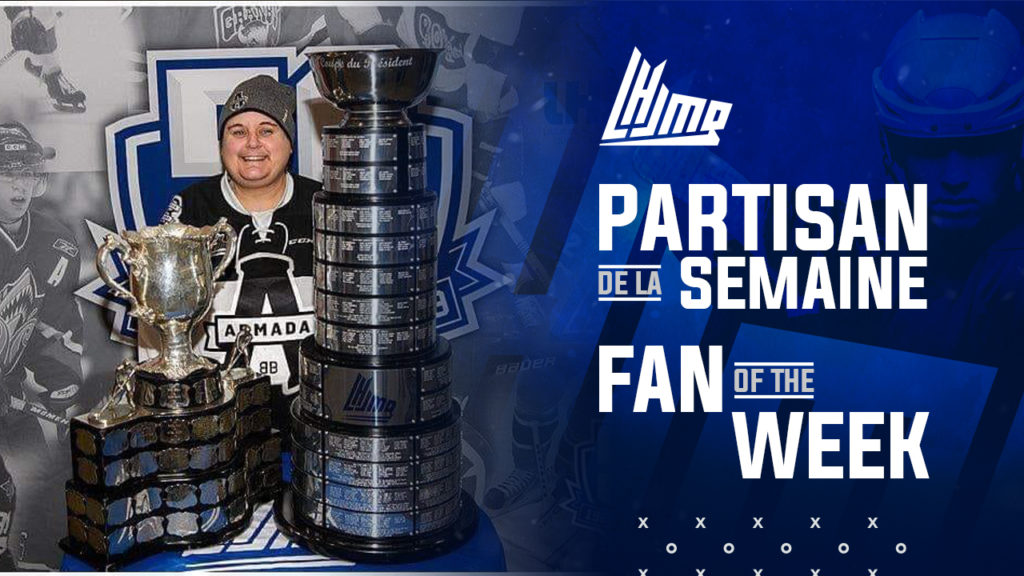 Karine Teasdale became a supporter of the Armada in the very first year that the team moved to Blainville-Boisbriand, back in 2011. In fact, she proved her love for the new team by accompanying it on its road trip in Rimouski during its first season.

Over the years, Karine has had the chance to meet great players with whom she still stays in touch. She says she is proud to have seen guys such as Montembeault, Roy, Teasdale, Henman, Paquette, Katerinakis, and many others grow up before her eyes.

She is also proud to follow the incredible journey of this team that, no matter its size, constantly puts in effort in every game and competes year after year. The team has never disappointed her.

For her, the Blainville-Boisbriand Armada is more than just a hockey team. They are players and staff who become friends that she and the other fans can count on, especially in life’s more difficult times.

Unsurprisingly, a fan like Karine more than deserves the Fan of the Week honor! 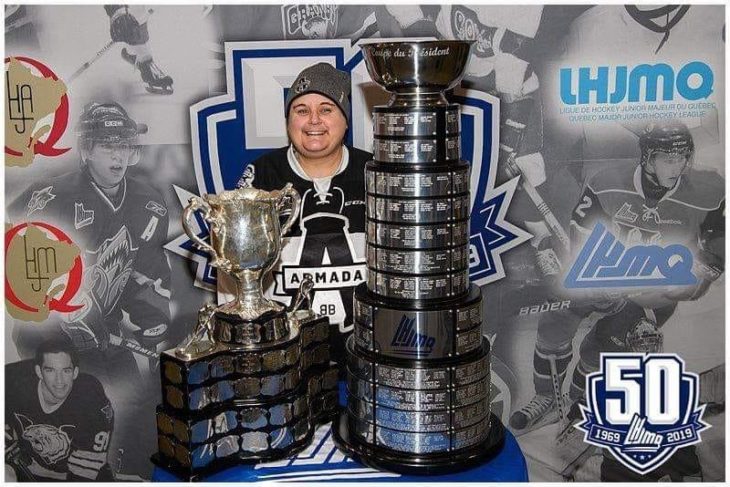