Fan of the Week Acadie-Bathurst Titan
by
LHJMQ/QMJHL 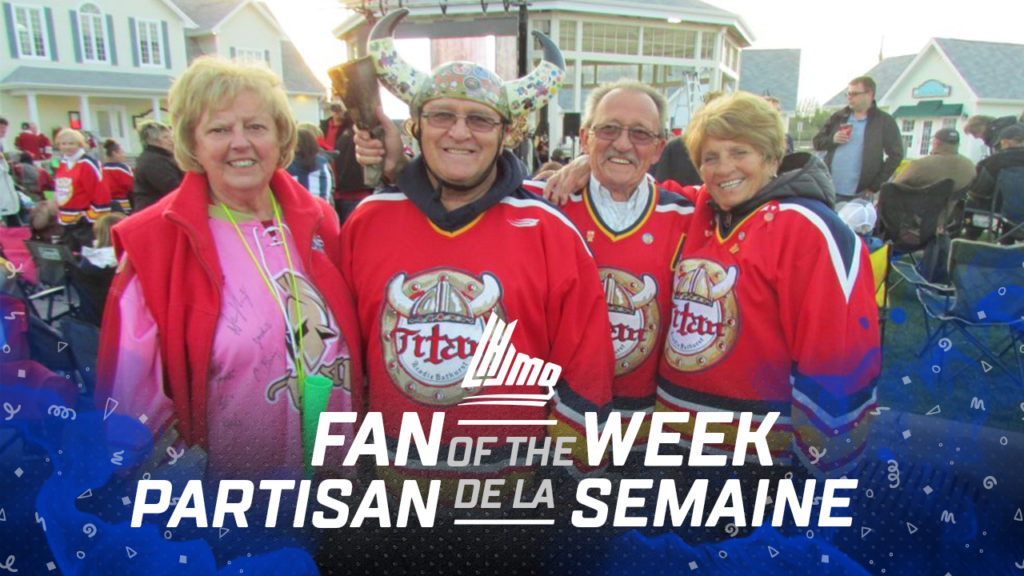 The Acadie-Bathurst Titan would like to recognize a fan who has been behind the team for the past twenty-two years.

Some know him as Fred Best, but, for many others around the rink and Acadie-Bathurst, he’s better known as “Freddy Titan.”

He can be seen sporting his “vintage” Titan jersey and Viking horns around the rink. You may not always see Fred in the arena, but you can certainly hear him! He’s usually erupting “Go Titan Go” chants, stomping his foot in section 24 or banging at the glass with passion to let the referees know he’s in disagreement with one of their calls!

Perhaps this is why Fred won the “Most Priceless Fan in the CHL Award” back in 1999? Regardless, Fred Titan certainly brings life to the K.C Irving Centre, and he does so night after night!