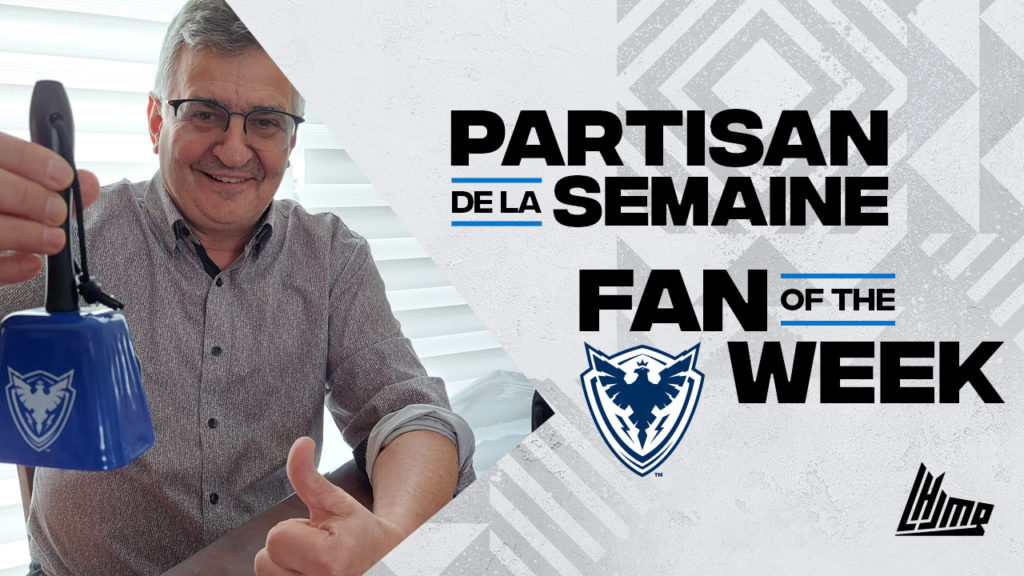 François Lemire has been one of the Sherbrooke Phœnix’s biggest fans since 2012.

He has owned his season tickets, along with his wife, since the franchise’s very first game and has also owned the same seats for the past 10 years.

Ever since he was a kid, François has been a big-time hockey fan. Originally from Trois-Rivières, he used to go to Draveurs’ games at the Colisée de Trois-Rivières when he was younger.

A few years later, since there was no longer a QMJHL team in Trois-Rivières, François would drive out to Sherbrooke to see the Canadiens, and then the Faucons, play.

In addition to attending every home game, François sometimes follows the Phœnix on trips to the Maritimes and, 10 years later, he can now boast of having visited every arena in the Q… well, almost.

There is only one missing from his list: the Cape Breton Eagles’ Centre 200. François hopes to visit that rink in the near future.

Needless to say, François is one of the Sherbrooke Phœnix’s most loyal fans as he is willing to travel to every corner of Quebec (and even further) to cheer on his favorite team!