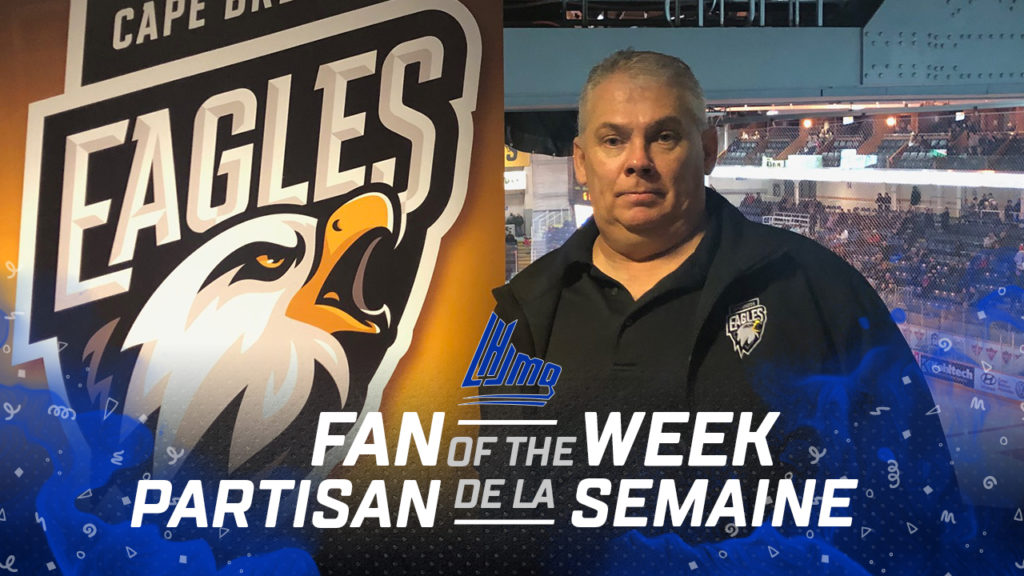 Donnie Doucette currently lives In Sydney, but he was born in New Waterford. In other words, Donnie has lived on Cape Breton Island his whole life. And he has no future plans to leave.

He’s been supporting the Eagles literally since day one. He has made some very fond memories over the years, one of which is when Marc-André Fleury was with the team and he came back after losing the World Juniors final. He was devastated, but the fan support he received was phenomenal and at its peak. The fans were always jacked up and made coming to the games thrilling for everyone.

Donnie is adamant that the excitement fans had this season was similar to that year. He feels like this year’s squad was the best junior team he’d ever seen. That’s Donnie for you, he always glows with positivity and passion.

Another one of his fondest memories was when a friend came from California to the Island to visit him, and he was obsessed with Marc-André Fleury. That weekend, Pauline (the Eagles’ Finance Manager) opened the team store for Donnie and his buddy to get some Fleury trading cards. It was secretly arranged for Marc-André to meet up with them there and he ended up signing all their cards! It goes without saying that Donnie and his friend were blown away by this and, to this day, it’s something they still cherish.

A premium season ticket holder, Donnie doesn’t miss many games. In fact, he frequently gets shifts changed at work to make sure he can be on hand to take in all the action. He has even taken personal vacation time so that he’s in the building to support the Eagles through thick and thin! Talk about a die-hard fan. 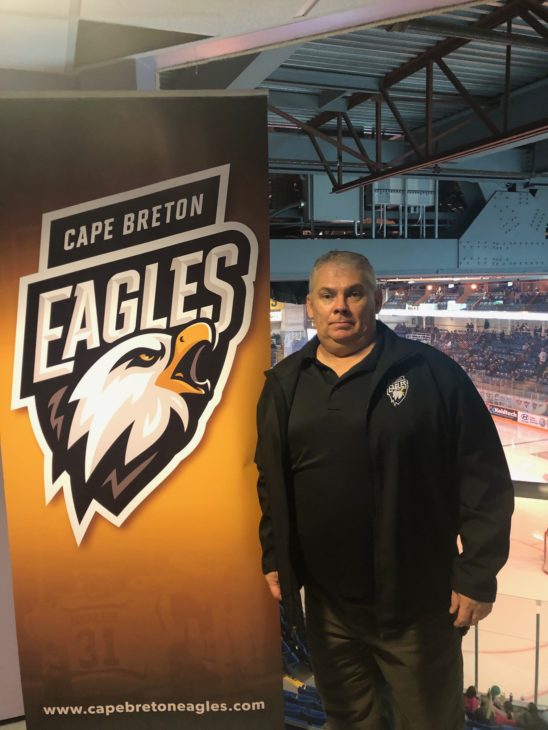