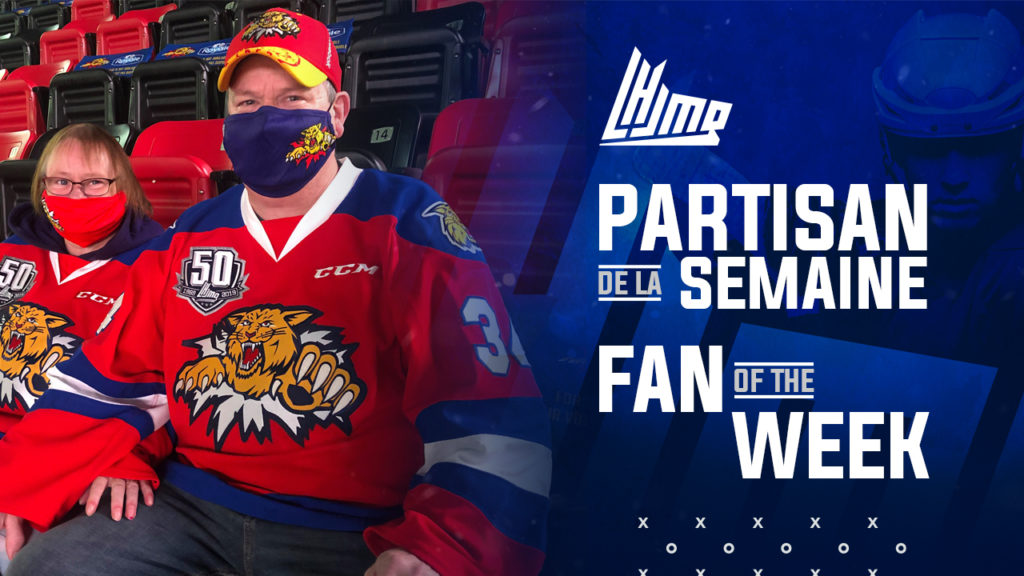 Derek has been a season ticket holder and proud supporter of the Moncton Wildcats since 1996 – the team’s inaugural season.

Rain or shine, win or lose, Derek is there to cheer on his Wildcats. Over the years, he’s even had to brave inclement weather or juggle shifts at work to make sure he can be there for puck drop.

Derek sits nearby close friends he has made over the course of his years coming to QMJHL games. He has formed a number of lifelong friendships through a shared passion for the Wildcats

But Derek can boast about being a truly special Wildcats fan for a simple reason: he was the 2,000,000th fan to enter the gates at the old Moncton Coliseum. As funny as it may sound, this was a feat that occurred only because he was held up at work and arrived at the rink later than he had wanted to!

For his loyalty and dedication throughout the years, it’s an honor to call Derek the QMJHL’s Fan of the Week! 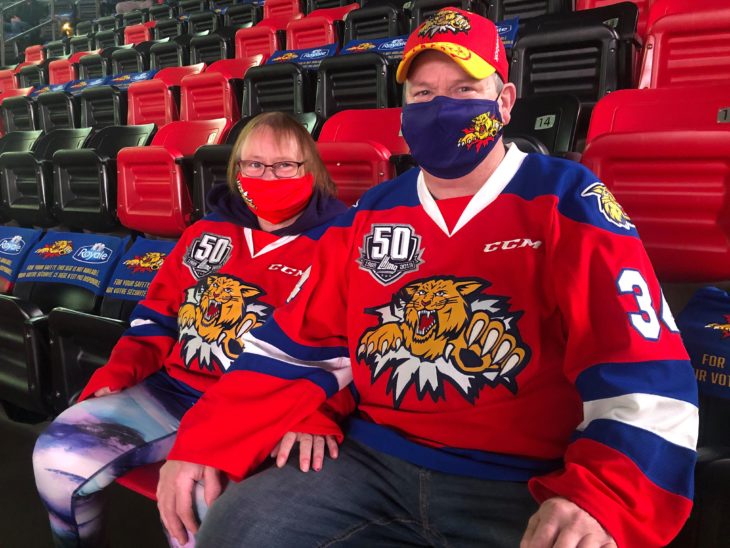