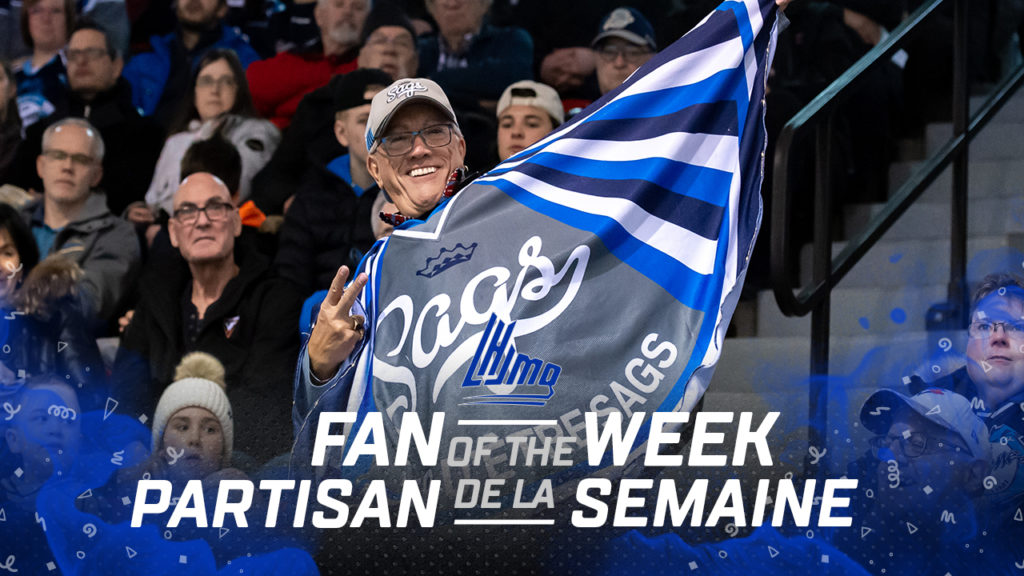 Denis Tremblay is a long-time fan of the Chicoutimi Saguenéens.

Passionate about the Sags, he even accompanied the team when it traveled to the Maritimes before the holidays. Denis went to all three of his favorite team’s games, including the one in Cape Breton… and he drove all the way there!

He’s a diehard Saguenéens fan who bleeds blue and he shows it to others by creating some colorful objects that he wears or brings to games! Opposing fans know when Denis is at the game, even mascots will come dance with him.

It’s not surprising that Denis garners so much attention since he’s always wearing something to get noticed on game night. He has a transformed Sags baseball cap (it has two visors; one at the front and one at the back) and he also wears his “famous” Sags cape (to which he added flashing lights to get even more attention this season). Denis was even spotted with his cape during the 2017 playoffs in Saint John, in Bathurst in 2018 and last season, in Rimouski.

He rarely misses a home game and travels for countless kilometers, even during the regular season, to watch his team play on the road! 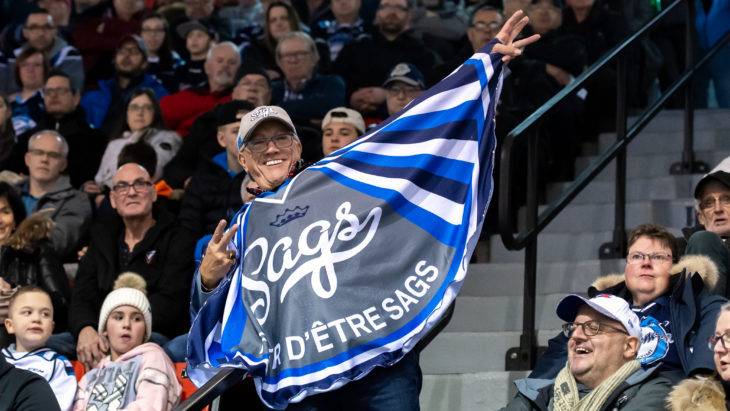