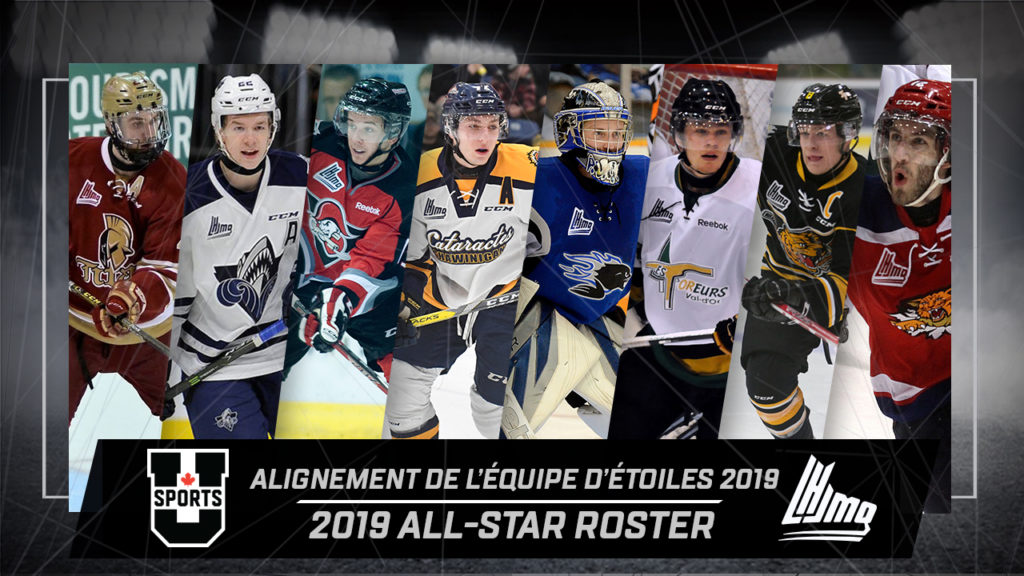 Toronto, Ontario – Eight former QMJHL players find themselves on the U SPORTS Men’s Hockey All-Stars roster that was announced Tuesday. The team is set to compete at Canada’s National Junior Team Selection Camp held in Oakville, Ontario from December 9-12.

This will mark the fifth straight year the U SPORTS All-Stars have faced off against Canada’s National Junior Team Prospects, who are vying for roster spots at the 2020 IIHF World Junior Hockey Championship being held in Ostrava and Trinec, Czech Republic from December 26, 2019 to January 5, 2020.

“This is an excellent opportunity for U SPORTS to show our continued support for Hockey Canada in helping them best prepare the Canadian World Junior Team for the IIHF World Junior Hockey Championship in the Czech Republic,” said Lisette Johnson-Stapley, Chief Sport Officer of U SPORTS.

“We are honoured to be invited annually to [Canada’s] Selection Camp, while simultaneously showcasing some of the best talent Canadian university hockey has to offer.”

As previously announced, this year’s event will feature a two-game series at the Sixteen Mile Sports Complex, home of the OJHL’s Oakville Blades, with games scheduled for December 11 at 5p.m. ET / 2p.m. PT and December 12 at 2p.m. ET / 11a.m. PT.

Canada’s National Junior Team has faced various U SPORTS competition on a regular basis since 1988. Since a U SPORTS national all-star team began participating in December 2015, U SPORTS holds a 5-3-1 record.