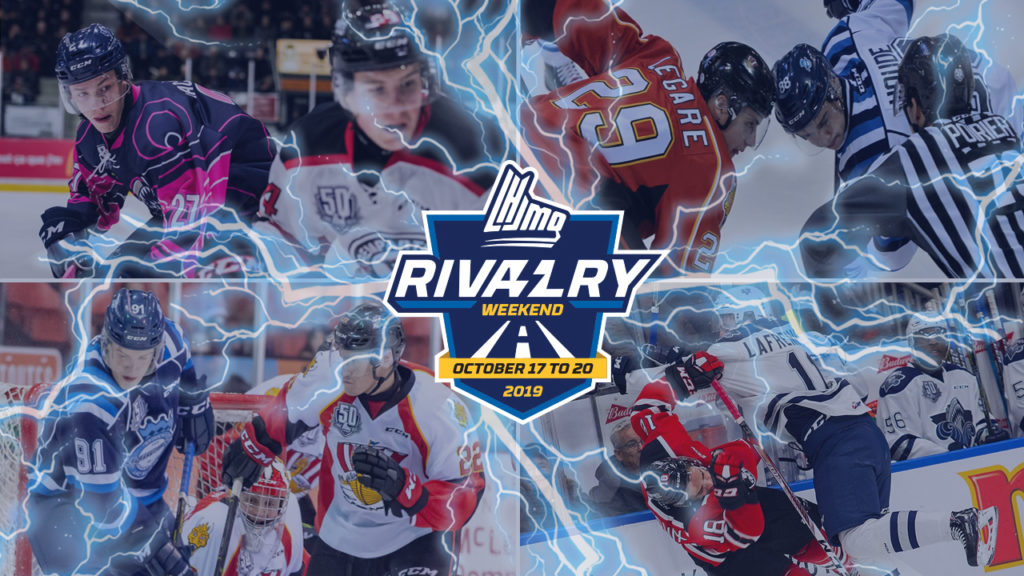 The four teams that make up the QMJHL’s Eastern Division possess many similarities outside of geography. There’s the rich histories and the passionate fans. There’s also the fact that any combination of these squads could lock horns to form a solid rivalry series.

First, there’s the Quebec Remparts and Rimouski Oceanic, two clubs that are certainly no strangers to one another. Four playoff series – including an epic seven game President Cup Final in 2015 that took double overtime to decide – a Memorial Cup each and a bevvy of superstars on either side has made for a number of electric encounters, the next two of which will take place on Friday and Saturday in Quebec and Rimouski, respectively.

For the Oceanic, the time is now. Much of their success funnels through the top line, which includes leading QMJHL scorer and potential top pick in the 2020 NHL Entry Draft, Alexis Lafreniere. Along with center Cedric Pare and winger Dimitry Zavgorodniy, they make up the three top scorers in the league. Add in the impactful play of rookie rearguard Isaac Belliveau and fellow blueliner Anthony D’Amours, with St-Louis Blues draftee Colten Ellis in nets, and the Oceanic are right in the thick of things in the super-tight Eastern Conference standings.

So, somewhat surprisingly, are the Remparts, who hold a top spot in the conference despite putting together a team with a decided slant towards youth. However, it’s largely been a core of veterans, including forwards Felix Bibeau, Anthony Gagnon and Pierrick Dube, along with defenseman Darien Kielb, that has propelled the team up the standings. One key rookie, center James Malatesta, is already making an impression on the league while Carmine-Anthony Pagliarulo, one of the revelations of last season, continues to hold the fort admirably for Patrick Roy’s charges.

Two teams from either side of the St-Lawrence River. Two distinctly different rosters. All of it collides this weekend in one classic rivalry.

In Chicoutimi, the Sagueneens are poised to challenge for top spot in the Eastern Conference. With a logjam in the standings, their early season run now requires a home-and-home with a familiar foe, the Baie-Comeau Drakkar. Though they’ve only faced each other twice in the postseason – and not at all since 2006 – this is one rivalry that will remain intact if only due to frequency of opposition during the regular season.

This year’s Sagueneens squad features strength at all positions. A forward group that includes Samuel Houde, Hendrix Lapierre, Vladislav Kotkov and the injured Theo Rochette is balanced on the blueline by Louis Crevier as well as recently returned Russian and San Jose draft pick Artemi Kniazev. Between the pipes, Alexis Shank is among the early league leaders in wins.

Meanwhile in Baie-Comeau, the Drakkar have taken a step back after battling for top spot in the Eastern Conference for much of 2018-19. Much of the team’s success has hinged on the performance of its top two forwards, center Gabriel Fortier and winger Nathan Legare. Though goals for have been tough to come by and goals against hard to keep down in the early stages on this campaign, the Drakkar has nonetheless found ways to earn points, accumulating eight in its first 10 games.

It’s that sort of grit that we should expect to see in Chicoutimi on Friday and Baie-Comeau on Saturday. And as it has been so many times over the past two decades, that trip up and down Route 138 should continue to be a daunting one for both sides.