Eagles set to tangle with Foreurs in Val-d’Or 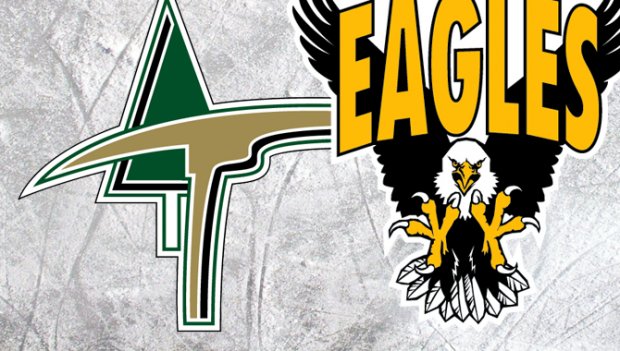 It’s game five of a six game road trip for the Cape Breton Screaming Eagles as they make their lone visit to Val-d’Or this evening to take on the Foreurs. The Eagles are trying to get back in the win column after having a three game winning streak snapped Wednesday in Shawinigan, while the Foreurs are trying to snap a seven game losing streak. Cape Breton is led by head coach Marc-André Dumont, formerly Val-d’Or’s coach, while the Foreurs are led by former Eagles bench boss Mario Durocher. The only prior meeting of the two sides this season came on December 4th at Centre 200, with Cape Breton prevailing 3-2.

The Eagles are currently holding on to sixth spot in the QMJHL, two points up on Chicoutimi, as Cape Breton has a record of 32-20-4, playing 16-13 on the road. Val-d’Or sits in 14th and is fighting to secure a playoff spot, placing just two points up on 17th place Baie-Comeau. The Foreurs are 22-29-4 this season, but have played well at the Centre Air Creebec where they are 15-9-2.

Cape Breton’s Giovanni Fiore, a streaky goal scorer, has found his groove again after a two goal game Wednesday night, and leads the league with 44 goals and the Eagles with 76 points. The Eagles have received offence from the blueline as well as Ross MacDougall is coming off of two straight two point games.  For Val-d’Or, five year man Alexis Pepin has led the way with 40 points in 51 games.  The Foreurs defense is led by 17 year old standout David Noel, and also features former Eagle rearguard Jason Bell.

Tonight’s game starts at 8:30 PM Atlantic time, and you can catch all the action on 1270 CJCB AM starting with the pre-game show at 8:00 with Patrick McNeil.