Eagles set for final battle of Nova Scotia with Mooseheads 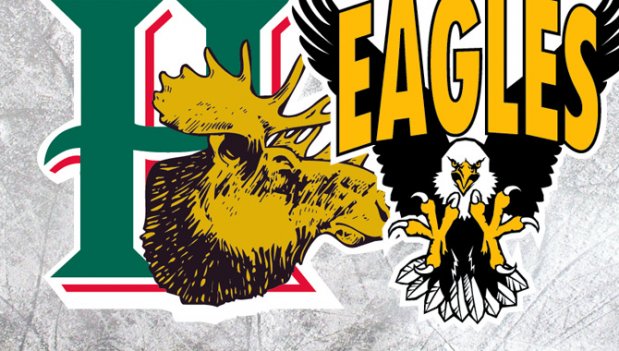 The Screaming Eagles begin their final road trip of the regular season tonight in Halifax against their arch-rivals, the Mooseheads. It’s the final meeting of the season between the Nova Scotian foes. This season, Cape Breton has won five of eight match-ups, with each team needing overtime for one of their wins. The Eagles have won two of three contests at Scotiabank Centre. The Eagles have been an even 16-16 away from the Nest while the Mooseheads have a record of 15-14-3 at home.

Both teams are trying to secure positioning heading into the post-season. Cape Breton sits in eighth, with a record of 37-25-4, while Halifax is tied for 14th, at 27-34-5. The Screaming Eagles can still move up to sixth, and currently are two points behind Bathurst and one point behind Chicoutimi. For Halifax, just getting into the playoffs is the primary concern, and they can clinch their spot with a win tonight. The Mooseheads are just one point out of 12th but only two points ahead of 16th place Rimouski.

Giovanni Fiore leads the QMJHL with 50 goals and leads his Cape Breton team with 88 points, which is good for seventh in league scoring. His linemate Massimo Carozza has chipped in at over a point game in clip, with 66 points in 61 games. Halifax possesses the ninth and tenth leading scorer in the league, respectively, with Nico Hischier (85 points in 55 games) and Maxime Fortier (85 points in 66 games.)

Tonight’s game goes at 7:00 pm and you can catch all the action beginning with the pre-game show at 6:30 with Patrick McNeil on 1270 CJCB.