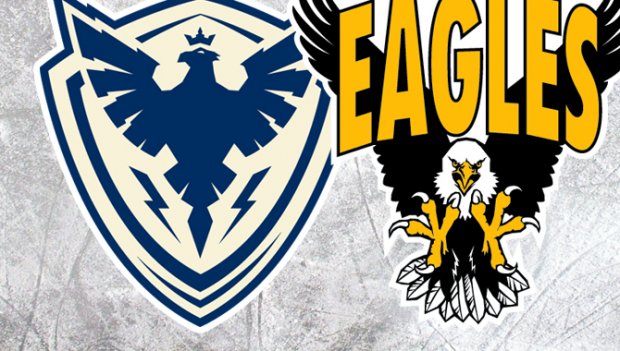 After a lengthy six game road trip that saw the team go 3-3, the Cape Breton Screaming Eagles are back on home ice, to face the very team they started the road trip against, the Sherbrooke Phoenix.

Giovanni Fiore leads the league in goal scoring with 45 and leads his team in points with 77 in 51 games. Vasily Glotov has also clicked as of late with seven points over his last eight games. Sherbrooke’s forward group is led by former Eagle Julien Pelletier, who will play his final game at Centre 200 tonight, with 52 points in 54 games. The Phoenix will also have imports Yaroslav Alexeyev and Marek Zachar, who were both absent from the meeting in Sherbrooke. 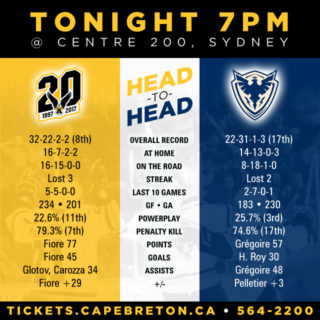