Eagles host Dubois and Armada at the Nest 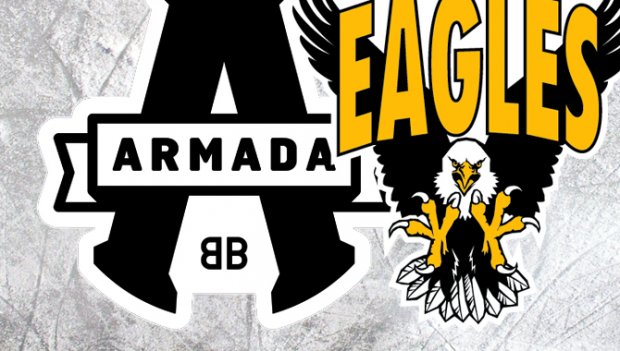 One of the biggest stars to play for Cape Breton returns to the Nest on Thursday as the Eagles host the Blainville-Boisbriand Armada.

Pierre-Luc Dubois, the third overall pick in the Nationale Hockey League draft this past June, who starred in Sydney for two and half seasons leads the Armada to Centre 200. Blainville-Boisbriand has been in a dog fight all season with Rouyn-Noranda for first in the West Division and they come into Thursday as the fifth place team in the league with a 37-16-6 record. Cape Breton sits in a tie for seventh (with Chicoutimi and Victoriaville) at 33-23-4. The Eagles have been strong at home this season (17-8-4), while the Armada have actually been better on the road than at home, sporting a record of 18-8-2.

Leading the way for Cape Breton is Giovanni Fiore, who leads the QMJHL with 47 goals. Both Massimo Carozza and Ross Ross MacDougall have both contributed eight points in their last seven games for Cape Breton. For Blainville, defense is the name of the game and they lead the league with the fewest goals against (153). One familiar name on the blueline is Tobie Bisson, who was acquired from Cape Breton during the holidays.  The offence has been bolstered by Dubois with 29 points in 20 games since joining the Armada and Alex Barré-Boulet, recently acquired from Drummondville, has 11 points in his last 9 contests.

It’s the second and final meeting between the two sides this year, as the Armada won the prior meeting in Boisbriand 1-0 on October 22nd.

Puck drop for this evening’s matchup is 7:00 pm.