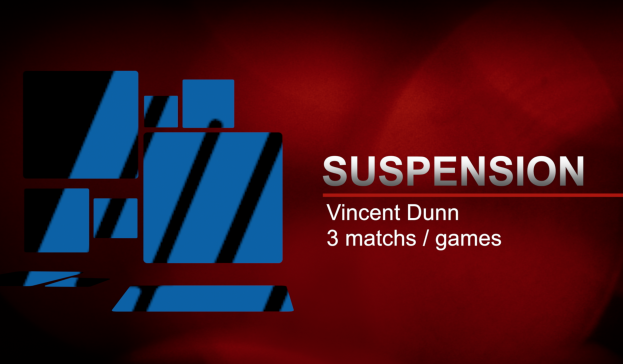 BOUCHERVILLE, Friday February 7, 2014 – The Director of Player Safety of the Quebec Major Junior Hockey League, Raymond Bolduc, today suspended Vincent Dunn of the Gatineau Olympiques for 3 games. The suspension was handed out following an incident that occurred on February 5, against the Sherbrooke Phoenix.

Here’s the rationale that led to the decision :

Both players were moving with speed towards Sherbrooke’s end zone to retrieve the puck.

The player at fault read the play and headed towards his opponent.

At the red goal line, the opponent slightly stretched forward to touch the puck.

At the same time, the player at fault gave him a slight push behind the left shoulder.

The opponent lost his balance and gave heavily into the boards protecting himself with his hands.

The gesture of the player at fault wasn’t intentional.

Even if he initiated contact, it was behind the opponent’s shoulder.

As the opponent was leaning forward, he lost his balance, gave heavily into the boards and suffered a serious injury.

This play is like boarding at top speed and at a dangerous distance from the boards.

This isn’t the first offense of the player at fault.