Duclair, Cadorette and Cüpper named the TELUS three stars of the week 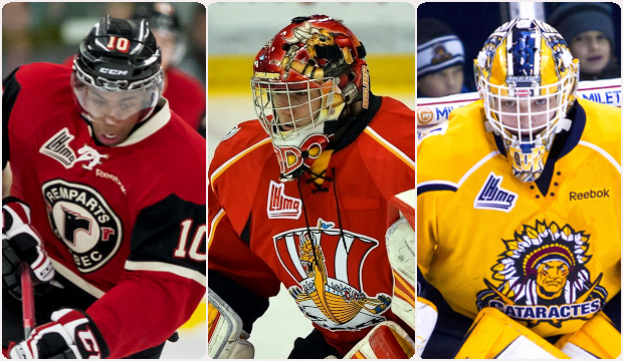 BOUCHERVILLE, Monday January 27, 2014 – Anthony Duclair, Philippe Cadorette and Marvin Cüpper were named today the TELUS three stars of the week for January 20 to 26, 2014.

The first star of the week is the Quebec Remparts’ forward, Anthony Duclair. In 3 games, he collected eight points, including five goals. Thursday in Gatineau, Duclair became the first 40-goal scorer of this QMJHL season, in a 6-2 win. Saturday, in an offensive battle against the Val-d’Or Foreurs, Duclair tallied another 3 points, including the game winner for the second straight game. The New York Rangers’ third round pick, is the currently the second point getter with 75 points, 10 behind the current leader, Anthony Mantha.

The Baie-Comeau Drakkar goaltender, Philippe Cadorette, is the second star of the week. With 3 wins, all of them on the road, Cadorette maintained an average of 0.98 and a save percentage of .951. He did not allow any goals at even strength. Thursday, he began his week with his fifth shutout of the season against the Acadie-Bathurst Titan, with a 1-0 win. Sunday  against the Moncton Wildcats, Cadorette made 18 saves in a 3-2 win, which brought his personal winning streak to 6.

Marvin Cüpper, the Shawinigan Cataractes goal keeper, is the third star of the week. In two games, he maintained an average of 1.05 and a save percentage of .961. During Saturday’s important game for the last playoff spot, Cüpper blocked 23 out of 24 shots in a 2-1 win against the Sherbrooke Phoenix. 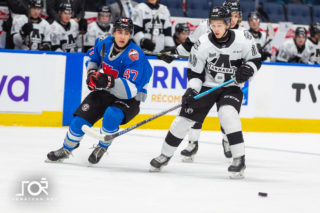 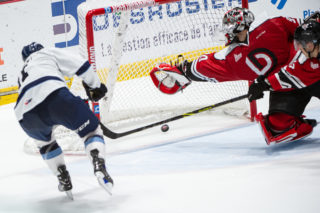 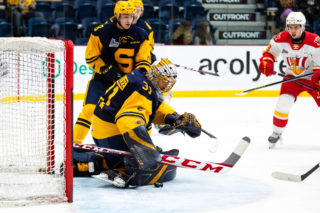 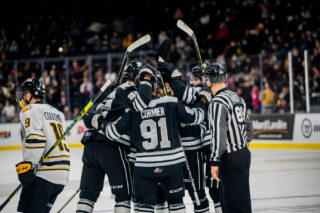 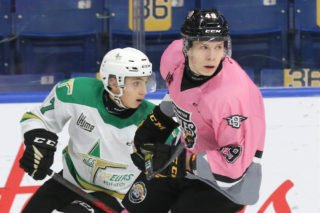 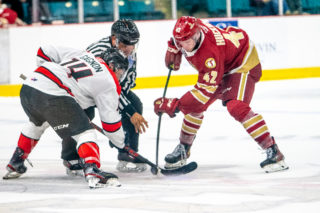