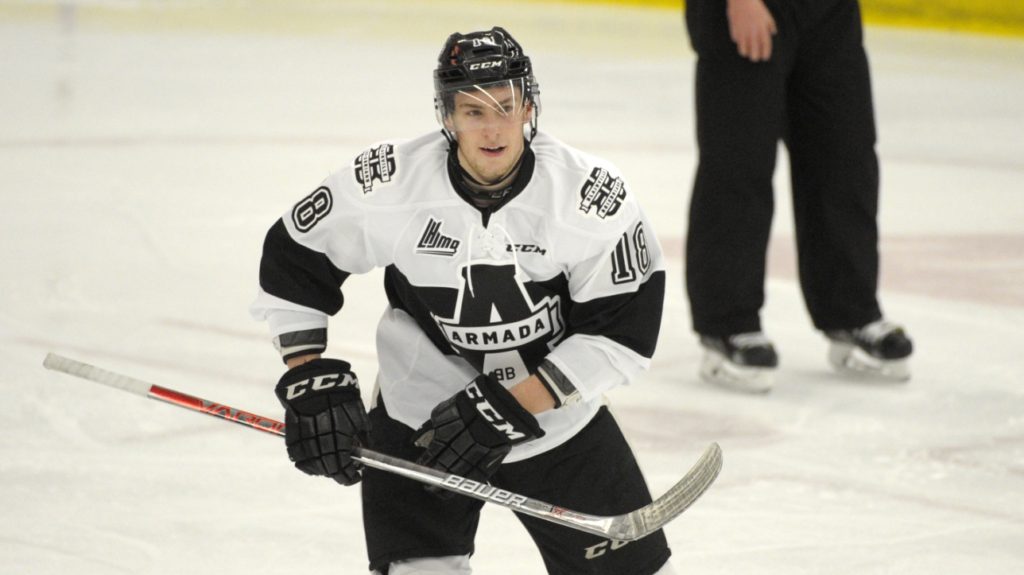 Pierre-Luc Dubois will look a little different when you see him on Saturday at the Eastlink Centre.

Dubois was traded to the Blainville-Boisbriand Armada in December after spending two and a half years with the Cape Breton Screaming Eagles.

After being drafted 3rd overall by the Columbus Blue Jackets in the 2016 NHL Entry Draft, Dubois made the Jackets team after his first training camp. He returned to the Screaming Eagles in 2016 for just 20 games before heading to the World Junior Championships, where he represented Team Canada.

After losing in the Gold Medal game to the United States, Dubois headed for his new home near Montreal.

The Armada currently sit 5th place in the entire QMJHL with 82 points, just one point out of second in the league. The Islanders have 83 points this season.

Alex Barré-Boulet was also acquired by the Armada near the close of the trade period. He came from the Drummondville Voltigeurs, where he had 48 points in 37 games to start the season.

Since arriving in Blainville-Boisbriand, he has 22 points (9 goals, 13 assists) in 20 games.

In the first meeting of the season between the Islanders and Armada, Charlottetown won 3-0 in Blainville-Boisbriand, with Isles goaltender Mark Grametbauer stopping all 34 shots.

On Saturday night, they meet for the final time this regular season.