Drakkar Vaughn goaltender of the week
CHL
by
CHL/LCH 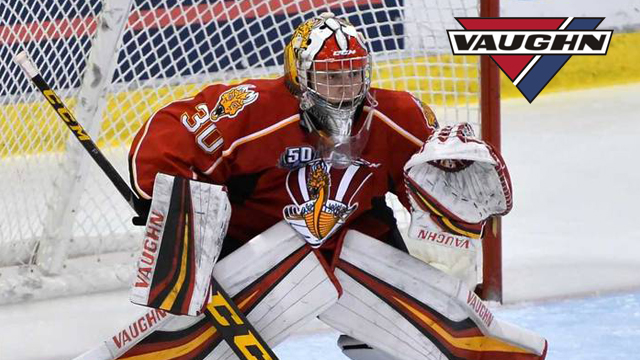 Toronto, ON – The Canadian Hockey League today announced that Kyle Jessiman of the Baie-Comeau Drakkar is the Vaughn CHL Goaltender of the Week for the regular season week ending November 25 after posting a 2-0-0-0 record with a goals-against-average of 0.96 and save percentage of .972.

Jessiman stopped 69 shots last week in a pair of road wins that helped the Drakkar improve their record to 19-6-1-1 to stand tied for second place in the QMJHL’s overall standings.  His 33 saves on Saturday earned him second star honours and preserved a 2-1 victory against the Halifax Mooseheads.  Jessiman would earn second star honours again on Sunday in another 2-1 triumph, this time in a shootout, stopping 36 shots plus three shootout attempts to defeat the Charlottetown Islanders.

A 19-year-old from Châteauguay, QC, Jessiman is playing in his fourth season but first with the Drakkar after three campaigns with the Cape Breton Screaming Eagles who chose him in the second round of the 2015 QMJHL Entry Draft.  So far this season he carries an 11-4-0-0 record with a goals-against-average of 2.80 and save percentage of .908.