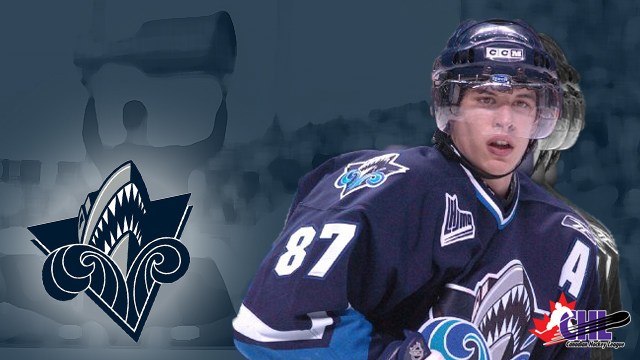 Among the greatest players to ever skate in the Canadian Hockey League, Sidney Crosby revisited his roots this past long weekend in Rimouski, Quebec.

A graduate of the Rimouski Oceanic after a decorated two-year QMJHL career (2003-05) that was capped off by leading the club to a President Cup title in 2005, the former two-time CHL Player of the Year brought the Stanley Cup back to Rimouski to celebrate his second consecutive championship this past weekend.

The recently turned 30-year-old Crosby was an instrumental part of Pittsburgh’s second straight Stanley Cup title in his 13th NHL season, claiming the Maurice ‘Rocket’ Richard Trophy after leading the NHL with 44 goals during the regular season. His 27 points (8-19–27) in 24 playoff contests helped him secure a second straight Conn Smythe Trophy as MVP of the NHL Playoffs.

A Stanley Cup champion for the third time in his accomplished NHL career, Crosby brought the prize back to where his junior career began in Rimouski where the Oceanic selected him with the first pick of the 2003 QMJHL Draft.

“It worked out,” he told NHL.com’s Guillaume Lepage. “It’s something I couldn’t work in years past. There hasn’t been a lot of time. Today there was a window of time and I happen to be surrounded by some people that I met here in Rimouski. Thought it would be great to spend a couple hours here and come back to a place that is pretty special to me. It’s nice to share with everyone here.”

“You think about those years in junior, that is what prepares you for the NHL,” he reflected. “So I think on and off the ice, [you need to take all the] lessons that you can get, and being around the people here, I mean, it was such a great environment, a great place to play. The people that I met here are still my friends today, so you can see the impact that way.”

Known by many as the ‘keeper of the cup’, Phil Pritchard of the Hockey Hall of Fame accompanies the Stanley Cup on its summer tour across the globe, spending a day with champions in their respective hometowns and communities.

Pritchard (@keeperofthecup) and a number of other outlets on Twitter gave fans a closer look at this past weekend’s excitement in Rimouski:

Check out our pictures of the Sidney Crosby Parade ?https://t.co/lqsDXWr5sK #GoNicsGo What a day! Were you there? pic.twitter.com/Jg0XT4UJyU

5 trophies on display including the #stanleycup at the Crosby party in Nova Scotia. @NHL @HockeyHallFame @penguins pic.twitter.com/qMwa8CBa2O

Tens of thousands show up to wish Sidney Crosby #happybirthday on his #stanleycup day in @oceanicrimouski @HockeyHallFame @NHL @penguins pic.twitter.com/reVrziw7PF

The Kid returned to where it all began. https://t.co/GtN5p2WPSq