Cream of the Crop hailing from the QMJHL 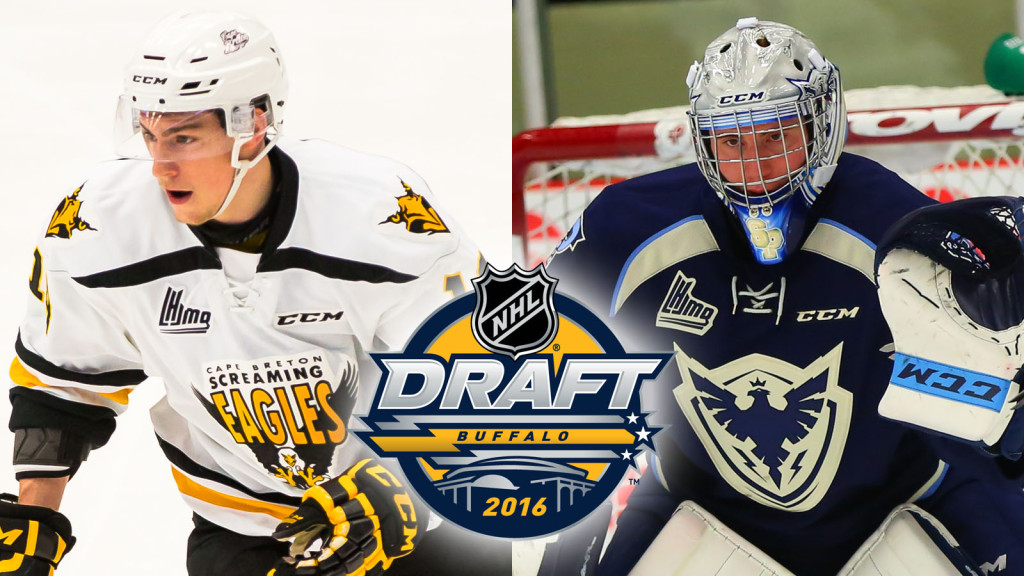 The 2016 NHL Entry Draft is shaping up to be quite an historic weekend for the QMJHL, namely for Pierre-Luc Dubois and Evan Fitzpatrick.

There hasn’t been a shortage of ink spilled on Dubois’ exploits this season. The Cape Breton Screaming Eagles star enjoyed a campaign that saw him emerg
e from being cut from the Canadian World Junior squad in December to becoming the talk of the CHL heading into this NHL Draft. Instead of hanging his head at not being able to represent Canada, Dubois went on to score 42 goals and pile up 99 points.

After being ranked No. 7 among North American skaters on NHL Central Scouting’s midterm report in January, the Ste-Agathe-des-Monts native catapulted himself to No. 1. Reminding many of a young Vincent Lecavalier, Dubois is also looking to become the first Quebec-born forward to be the first CHL forward chosen at the NHL Draft since the Oceanic’s Lecavalier achieved the feat back in 1998, when the Tampa Bay Lightning pick him up first overall.

Over the past 30 NHL drafts, only three other Quebec-born players from the QMJHL have gone on to be the first player selected from the CHL. In 1996, the Val-d’Or Foreurs’ Jean-Pierre Dumont was chosen third overall by the New York Islanders, preceded in 1993 by Alexandre Daigle of the Victoriaville Tigres who was picked first overall by the Ottawa Senators and the Granby Bisons’ Pierre Turgeon who was picked No. 1 by the Buffalo Sabres at the 1987 NHL Draft.

As for Dubois’ prognosis, he is expected to be chosen as high as No. 4 and time will tell which team will end up picking the 6-foot-3 winger.

Tough to miss at 6-foot-3, netminder Evan Fitzpatrick will be looking to make a little history of his own at this year’s Draft. Despite having endured a tough year along with the rest of his Phoenix teammates in a season that didn’t turn out as planned, Fitzpatrick’s undeniable talent and size still have scouts drooling. As the top-ranked North American goalie heading this year, he is the first QMJHL puckstopper to earn that honour since Zachary Fucale who ended up being the first goalie selected in 2013 when the Montreal Canadiens picked him at No. 36.

Since 2000, the only other QMJHL goalies to have been the No. 1 ranked North American goalie prospect heading into their draft years were Lewiston MAINEiacs’ Jonathan Bernier (2006), Cape Breton’s Marc-Andre Fleury (2003) and Halifax Mooseheads’ Pascal Leclaire (2001), with each of those goalies going on to be the first goalie chosen in their drafts. Bernier was picked No. 11 by the Los Angeles Kings, Leclaire went No. 8 by the Columbus Blue Jackets and Fleury of course became the first and still only QMJHL goalie ever be chosen No. 1 overall by the Pittsburgh Penguins.

Pre-draft buzz has Fitzpatrick slated to be picked in either the latter part of the opening round or early in the second round.

Next up will be a look at the rest of the QMJHL top prospects heading into the 2016 NHL Entry Draft. 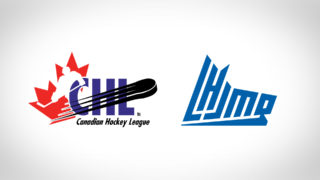