Community Moment | Thanks to family, Bellamy knows the importance of giving back 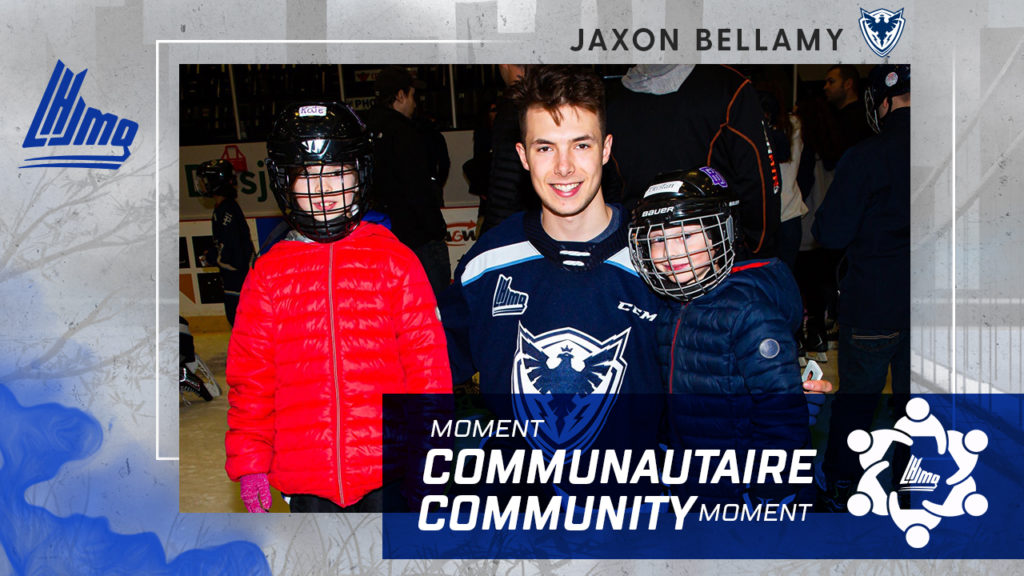 With three younger brothers of his own, Jaxon Bellamy has always been surrounded by children.

That is why the Sherbrooke Phoenix defenseman knows how important his presence is to kids in the community. And that’s why he’s always the first to answer the call when the team is looking for players to meet with young fans.

“I go jump on the ice with the kids or I go see them in class”, explains the 18-year-old. “Since i’m from the Saint John area, I kind of grew up following the Sea Dogs. I remember a few practices where they would come out and join us. I thought it was awesome! I looked up to all these players. The memories I have of that are all positive.”

“So, when I go out in the community here in Sherbrooke, I really try to be a good role model and have a positive influence on the kids myself”, he explains. “You never know if one of them is going to play in the QMJHL one day. If you give them a terrible experience, what are they going to do when they’re in your shoes? They can be one of the meanest players to the younger generation. That’s why I always try to be respectful to everyone, especially to the kids.” 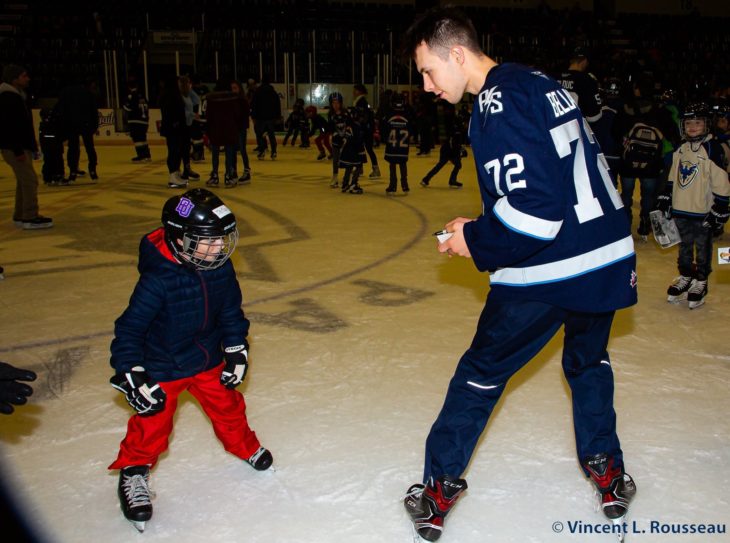 That’s mainly why Bellamy became a great ambassador for the Phoenix in the Sherbrooke area, something he takes pride in.

“It doesn’t matter if you’re in the rink or anywhere in the community. When I go out to meet people, that’s always something I look forward to”, mentions the defenseman who’s in his thirs season with the Phoenix. “It’s fun for me because I have three younger brothers so I know what it’s like to be there for younger kids. I love to get out there, talk to them and play with them, because I know they will come to support us. For us to give them a little bit of our time is very important. It means the world to them.”

Jaxon Bellamy realizing he is an inspiration to all these young athletes is what makes every little gesture that much more important. 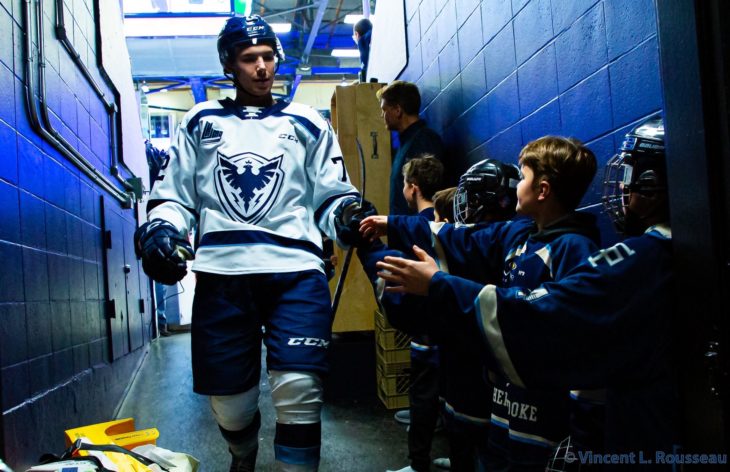 “I remember when I was in kindergarden. I remember one of the Sea Dogs players coming in and reading us a story. They also gave us tickets to a game. I remember being so excited. I got home and I showed the tickets to my parents and asked them if we could go to the game. I was like: let’s go!”, laughs the defenseman.

“I also remember the Sea Dogs coming to practice with us. I was looking up to those guys. I wanted to play in the QMJHL one day too! It inspired me to become a better hockey player. Nowadays it’s something I feel like we really have to do and it’s our responsibility to do it.”

Bellamy remembers being impressed by some of the Sea Dogs stars.

“I remember skating with Jonathan Huberdeau, Charlie Coyle and Nathan Beaulieu. I was a big fan of them. They came out to a lot of community events. They didn’t complain about coming out to support the community.”

“They were all great role models to the kids and I want to do the same thing. I wanna make sure these kids also have great memories of the Sherbrooke Phoenix after coming out and skating with us.”

Now, it’s his turn to give back to his community and leave an everlasting impression on the up and coming generation.

“When I go back home, I always go out on the ice with my little brothers and their teams. I always have a big smile on my face when I do that. I’m having fun too! It’s really awesome to go out and practice with these kids because you know how happy it makes them. It reminds me all the happy memories I have with the Sea Dogs, and that’s something pretty special.” 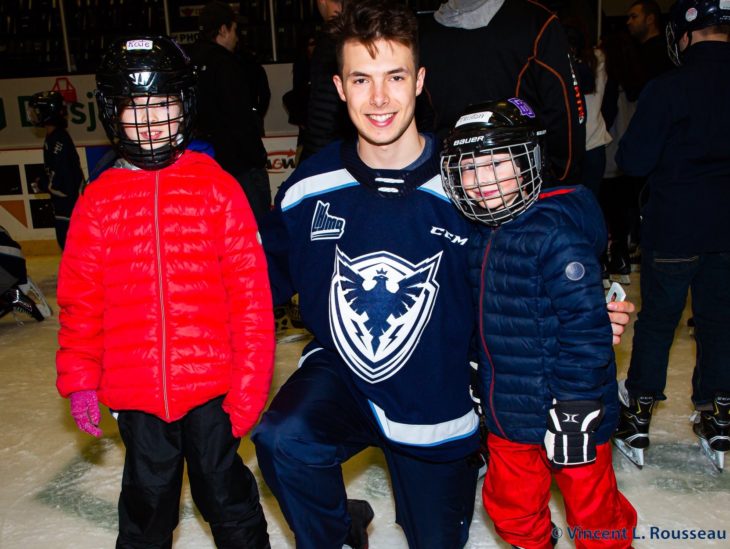