Community Moment | Stewart giving back to Moncton in many ways 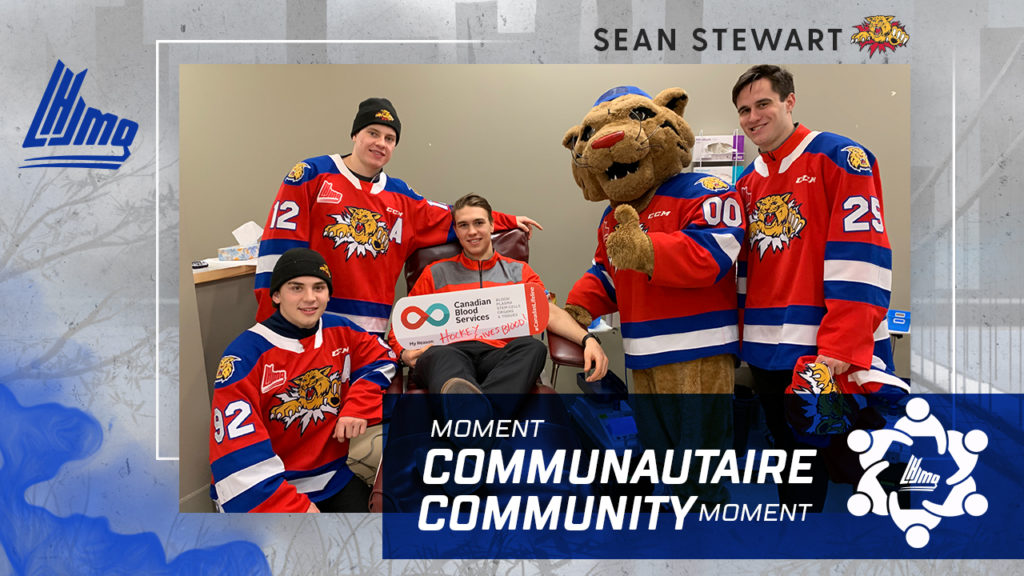 Sean Stewart is not the flashiest player on the ice. But the Moncton Wildcats defenceman is always there when the team needs him.

Regardless of the mission head coach Daniel Lacroix wants to entrust him with, the Nova Scotia native is always up to the task. It is kind of the same thing in his everyday life, where the 18-year-old is a man with many causes.

Whether it comes to giving blood or talking to kids in school, the Antigonish native is always present.

“It’s always a lot of fun for me to participate in any kind of event in my adoptive community”, he says. “People take time to come see us play and encourage us at every local game and we want to do the same thing.”

“I think it’s very important for us to be role models to our young fans. I come from a small town where everybody knows everybody. For all the people there, it’s a natural thing to try to help each other out. I grew up in that kind of environment.”, explains the player who wears number 25 with the Wildcats.

“That’s exactly what I want to do in Moncton. Being present in the community allows me to know the people better. Also, it’s a nice reward for us when we see how excited the kids are to see us.”

Stewart is always up for a meeting with young Moncton Wildcats fans all over the city.

“When we go to all the different schools, they always ask us a million questions. They want to know how it is to play in the QMJHL and for a team like the Wildcats. They all are very loyal fans”, explains the stay at home defenceman. 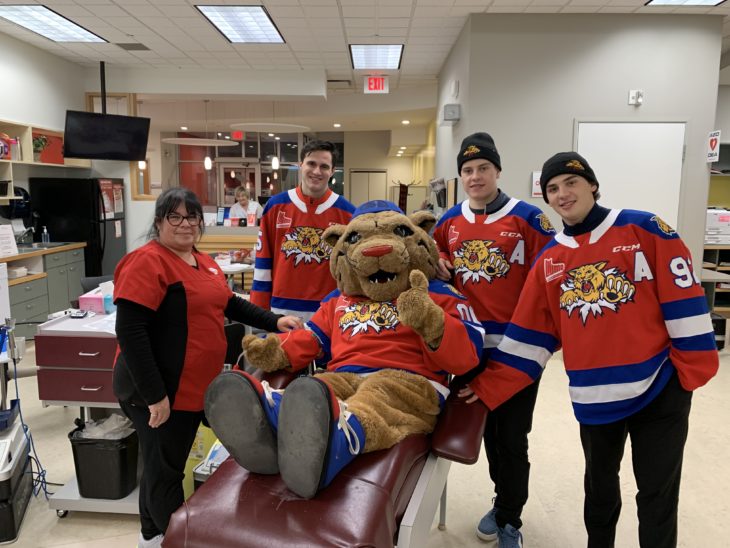 Stewart joined teammates Jeremy McKenna and Jacob Hudson at a local blood drive this past season. But he had to sit that one out.

“I could not give blood like the others because I had just got a tattoo. They did not give me permission!”, laughs the 18-year-old. “But I still wanted to be there because it is a very important cause to me. I wanted to cheer on my teammates and meet the people.”

He said he was impressed by his colleague’s courage and determination.

“Most of them were really courageous, with the needles and all. I didn’t see any of them crying!”, he adds with a laugh. But Stewart still had a great time.

“Even if I could not personally give blood that day, I wanted to show the people how much we care about what they are doing. It is a great cause and we want to do our part”, says the young man. “I think people appreciated us being there. Many seemed a little nervous before giving blood and I like to think that we helped them a little bit to overcome that by talking with them and joking around.”

It’s only a matter of time before Sean Stewart is involved in other community activities. And he swears he will be at the team’s next blood drive.

“I will have other chances to try those needles! That’s a promise!”