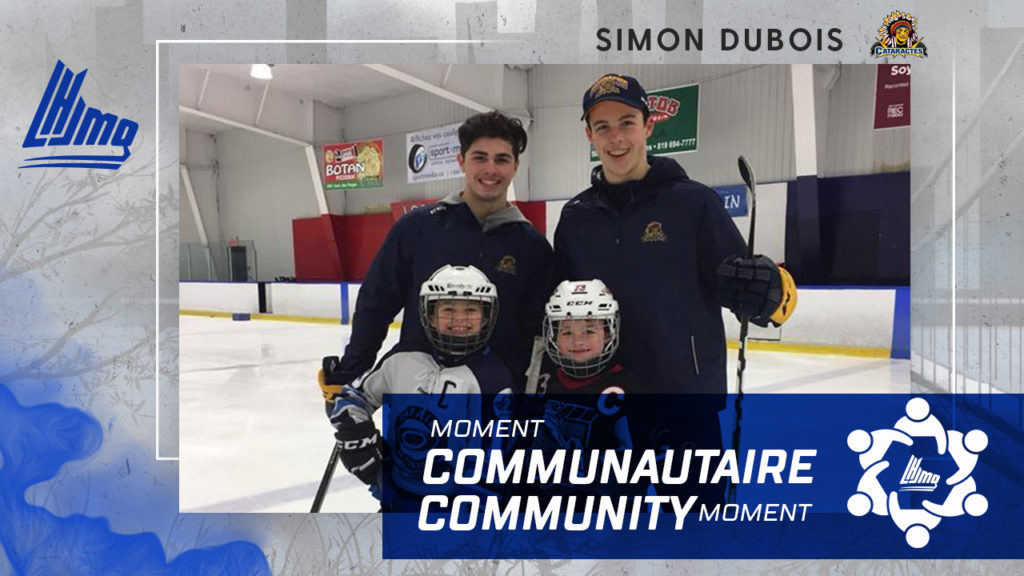 « The kids are starstruck when we go on the ice with them. They’re really happy to have us train with them and they are eager to learn. »

Simon Dubois is just like a kid in a candy store when he’s on the ice with close to 40 young players, twice a week. The Shawinigan Cataractes defenseman wants to give something back to the community who made him feel right at home in his QMJHL career.

The Nicolet native is teaching the fundamentals to young students from the Séminaire Sainte-Marie school on both Tuesdays and Thursdays. The group steps on the ice every Tuesday to work on their skating skills with the Julie Robitaille Power Skating School. On Thursdays, students aged 12-16 are invited to a more conventional practice session with the 19-year-old blueliner.

« I try to give them some advice on the different skating techniques, basic stance and quick starts », explains Dubois.  « I want to bring my own experience to the rink and make it available to these young players. I want to pass on what all the coaches I had through the years taught me », adds the 6’3” and 190-pound skater. «I think it’s really important to give back to the kids. Junior hockey is something really big in Quebec. We are role models to them. » 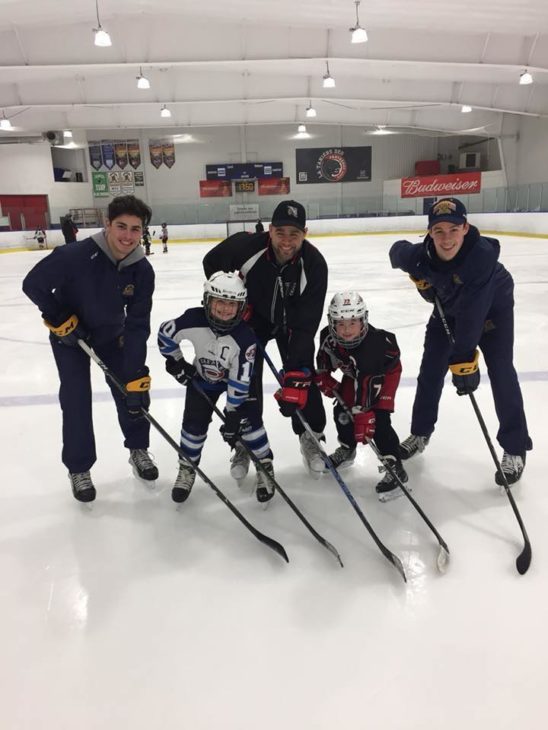 Dubois realizes he can make a big difference for many of these young players. « When I was younger, I was really impressed when I had the chance to meet a major junior player. I see that exact same reaction with the kids we have with us every week. »

Growing up, the young star closely followed defenseman Thomas Chabot (Ottawa Senators) and went to see him play every time he was in Drummondville. « I went to the Voltigeurs’ to watch him play regularly. He really was my idol when I was younger. I also loved Samuel Girard (Colorado Avalanche). They are the two players that impressed me the most in the QMJHL. »

Dubois thinks that this first contact with the job of a coach could open some doors for him in the future. « These sessions are giving me some valuable experience and are showing me what coaching is all about. I try to teach them all I know and allow them to improve as hockey players. »

Even if he wasn’t drafted by an NHL team, Simon Dubois still dreams about pro hockey. But he has his two feet firmly planted on the ground. « We all know how difficult it is to make it to that level. It gets even tougher after junior hockey. The small details are quite often what makes a big difference. You also have to train hard in the gym and never give up hope! That’s the key. » 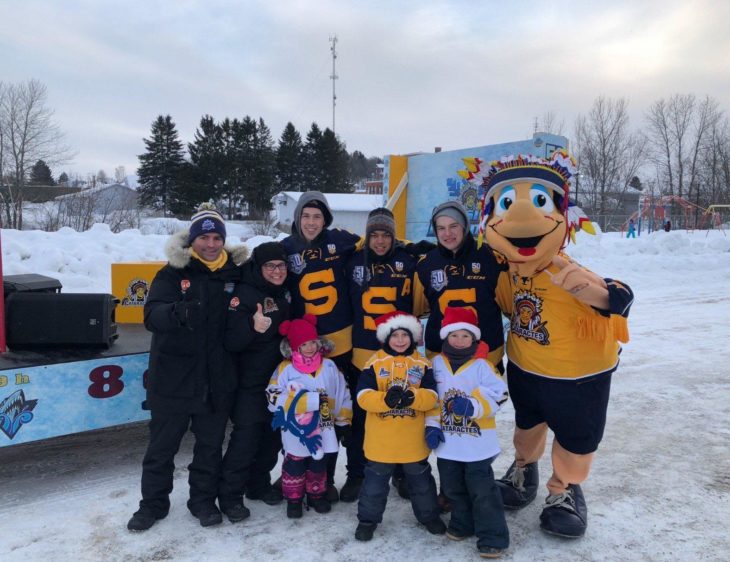 If pro hockey is not in the cards for him, Dubois will probably attend university to become a pharmacist. But hockey will never be far away.

« I want to keep playing the game I love. This sport has been my passion since I’ve been a kid and I’m not ready to put it aside just yet! »