“I went through a long dark period in high school when I didn’t want to be here on this earth. I had suicidal thoughts. I used to go to bed at night and not want to wake up. During the day, I counted down the hours until I went to bed. I had a lot of dark thoughts in my head and I didn’t want to be here. There were a lot of times where I wanted to end it all. And there were times where I came close to ending it all. I could have ended my life, but my story and my life go on.”

Nicholas Blagden came that close to ending his life many times. But he never did.

Since August of 2022, he has been giving speeches around the country about the importance of mental health. Because he knows it, he’s one of the lucky ones.

“I want to share my story with young adults, hockey players and kids in schools. I’m just fortunate that I’m one of the ones who made it through in the end”, explains the Saint John Sea Dogs forward.

Bladgen was diagnosed with anxiety depression and obsessive-compulsive disorder in December of 2020.

“I struggled with that for four years before I finally came out and told someone. It was a very long four years, with a lot of dark moments”, he admits.

Things got out of control back when when he was playing for the Blainville-Boisbriand Armada.

“I would go to bed with a game the next day and only get one hour of sleep. It was really tough”, says the Saint John native. “I really needed to tell someone. I was sick and tired of having bad thoughts in my head and not being able to sleep at night.” 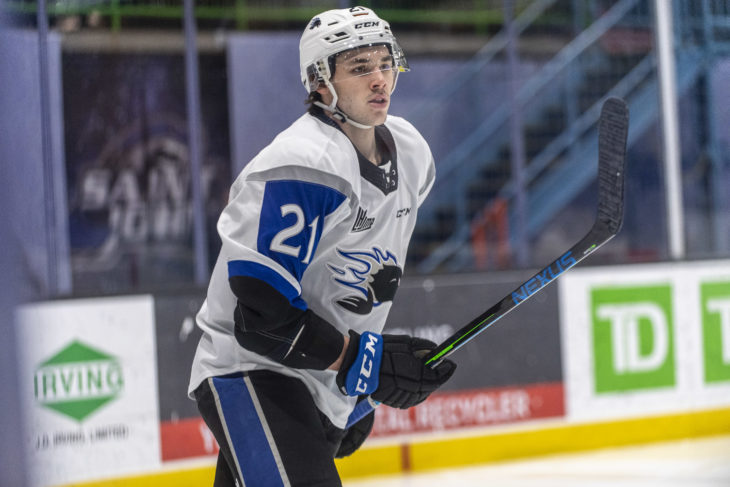 “In my mind, I thought that everybody was feeling like that. But deep down, I knew that it was only me. I remember I had a nephew just about to be born and another who had just celebrated a birthday, and not being able to be with my family was very difficult. I had to talk to someone. I was very fortunate to have someone I could trust.”

His first day on the road to recovery came when he gathered the courage to talk to long-time Armada Athletic Therapist, Francis Denis.

“I did not expect anything in return. When I went to see a doctor, I was kind of taken by surprise by what they found. But I knew I wanted to get better. And when I did feel better, I knew I wanted to be an advocate and share my story.”

He started doing just that last September, while playing for the Moncton Wildcats.

“I wanted to be that light for young people and tell them that it does get better. I want them to know that it’s nothing to be embarrassed about. It’s ok not to be ok. You just need someone you can trust to share your story with.”

Blagden’s first experience as a speaker was done virtually over the Zoom platform, with a school in Alberta.

“I was really nervous for about a week because I had never talked in front of people before. I practiced my speech line by line”, laughs the 19-year-old.

His first in-person speech was at the Mathieu-Martin High School, in Dieppe, New Brunswick.

“I was nervous. But it was my story, so I kept telling myself it should be an easy one to talk about. And I really wanted to share my story, knowing that maybe it can save just one person. That makes it all worthwhile”, says Blagden.

“It has since become my therapy to give those speeches now. It makes me feel so good to bring that hope to young people.”

The right winger says he’s getting great feedback, especially from the kids. 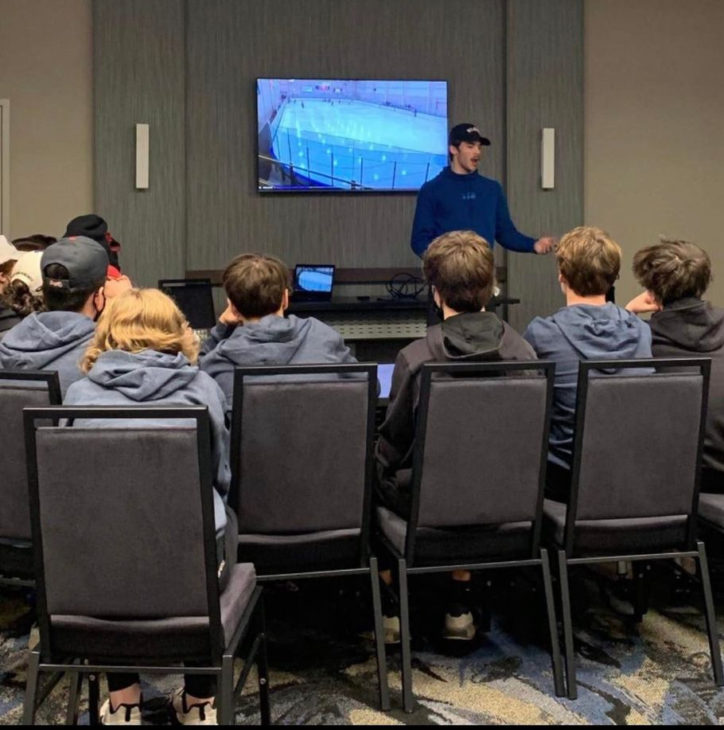 Since that time, Blagden has given close to 30 speeches. And he’s very proud of it.

“It means the world to me to be able to help kids along the way. I don’t do it for fame and glory, but to help people.”

The forward can only hope that his experiences will inspire others to take the same route.

“I end my speeches with a quote from my old trainer [Francis Denis]. Just try to win your day”, says Blagden. “Go home and ask yourself: did I win my day? If the answer is no, that’s ok. It just gives you the motivation to wake up tomorrow and try to win the next day.”

While Blagden still struggles every day with his mental health, he knows how to deal with it now.

“I’m always going to have dark thoughts in my head, but I’ve learned to minimize them. I’m not 100% clear with my mental health issues, but I can sure stand before everybody and say that it does get better!”