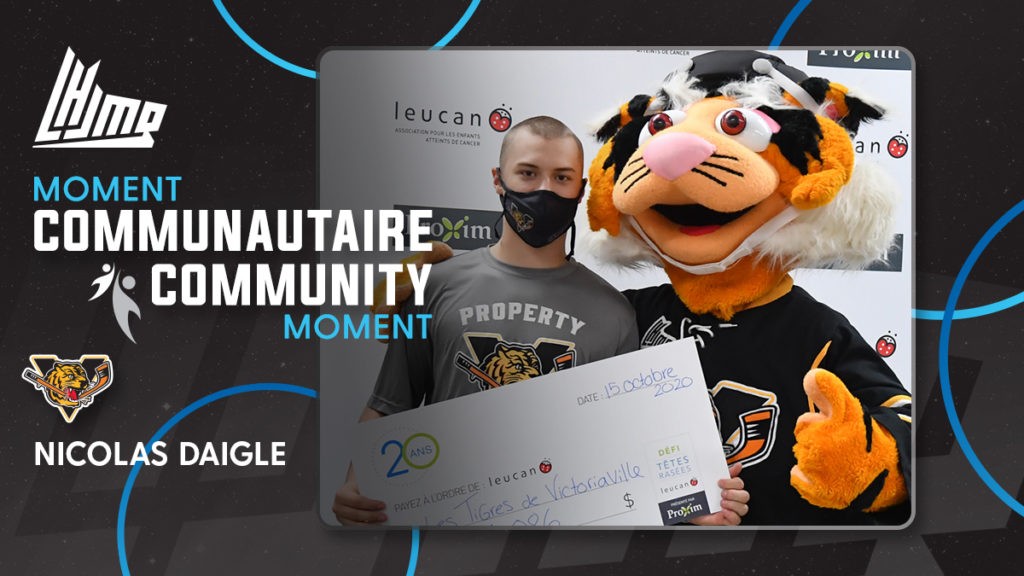 Cancer is a reality for many families in Québec and in Canada. For the Daigle family, that terrible disease showed up on the 5th of August 2020, when 13-year-old Nathan was diagnosed with a rare form of stomach cancer.

His brother Nicolas, who was getting ready to leave the family home to attend the Victoriaville Tigres training camp, was devastated. The news was obviously a shock for the whole family, especially considering that Nathan had already been suffering from a mental disability since birth.

“It was very difficult for my parents at first. Learning that your 13-year-old son is suffering from cancer is never easy. You feel like he has suffered enough in his life already”, said Nicolas.

But the small Thetford Mines family decided to fight.

“The doctors told us it was curable. We’re staying positive, even if we know they are injecting him with poison to try to cure him”, mentioned the centerman.

“Life was never easy for him. He’s not fully grasping what’s happening to him. He has cancer, he is getting treatment, but every day he’s still smiling. He’s still happy.”

His brother’s passion for hockey makes a big difference, specifies the 18-year-old forward.

“He’s a huge fan of the game. He follows me everywhere. Last season, he missed only two games all year. He went all the way out in the Maritimes and in Abitibi. He took a picture with my dad in front of every rink in the league in order to make a photo album.”

Nathan especially likes to follow the work of the officials.

“When we ask him about his favorite team, he always answers: the officials!”, says Nicolas with a laugh.

One of the QMJHL’s veteran officials, Sylvain Losier, did something amazing for Nathan recently. He took off the two badges on his referee jersey and mailed them to him. He also took some time to donate money to Leucan. His gesture touched the Daigle family.

“My brother was very happy. It’s a gift that you can’t buy anywhere. He was so happy when he received them!”

The Victoriaville player says he can’t wait to see Losier again on the ice.

“I will certainly take a few minutes to thank him for what he did for my family, and also for Leucan.”

The Tigres’ players and personnel members also did their part to raise money for the fight against cancer by shaving their heads back on November 17th, once again as a Leucan fundraiser.

“I was really touched by that. When we were doing it, I plugged in my computer so that my brother could follow everything from his hospital bed. It really made his day”, says Daigle.

This wasn’t the first time that the 18-year-old got involved with Leucan. Back when he was playing midget AAA, he and his Commandeurs team took part in a fundraiser for the Lévis hospital.

“It’s very important for me to be involved and to give back to the communities that welcomed me. Whether it’s in Lévis or Victoriaville, I feel like it’s the least I can do.” 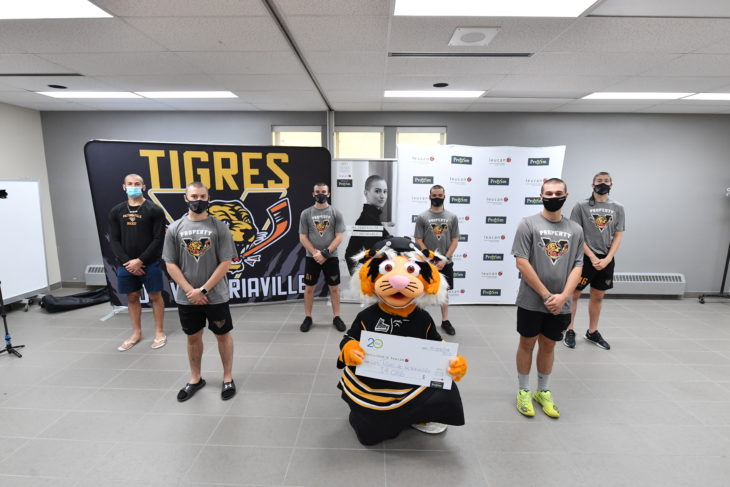