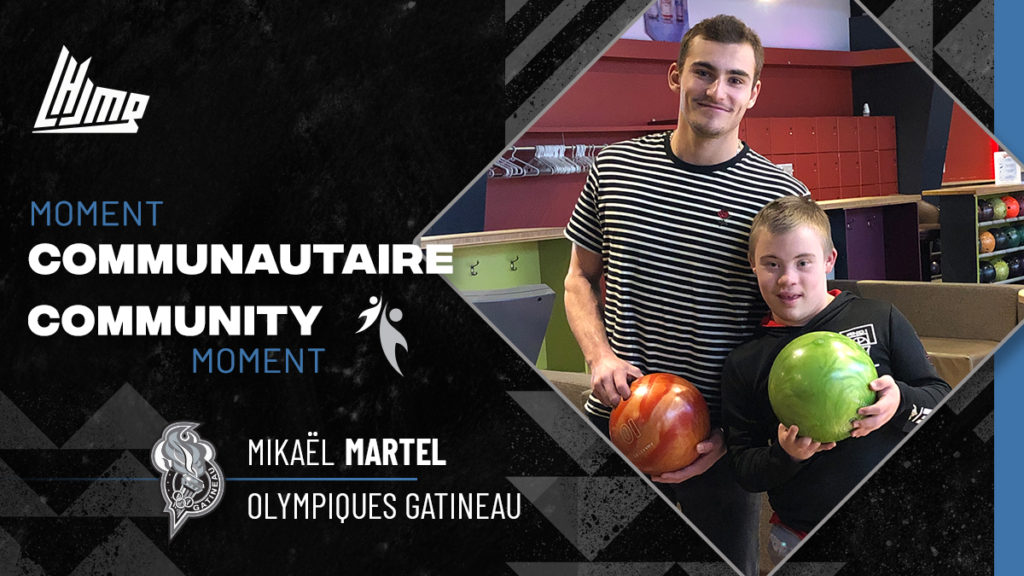 Hockey has brought Mikael Martel all kinds of great things.

The former Gatineau Olympiques forward lived a million different experiences and met countless new people during his three seasons in the QMJHL.

But no single encounter has had more of an impact on his life than as the one with Ely Fournier.

As part of his program to get a diploma in police foundations from the Cégep de l’Outaouais, Martel had to add 25 hours of volunteer work to his schedule or put together a community initiative.

He immediately thought of his buddy Ely Fournier, a young Rimouski Oceanic fan with trisomy 21. Martel decided that he would start a clothing company in order to raise funds for an organization whose goal is to help people with Down syndrome.

“The idea came to me one night during a long bus ride back from Val-d’Or”, remembers Martel. “I thought I could use my visibility to make the reality of people with Down syndrome better known to the general public and to create awareness for this cause. I then decided to contact Ely’s father and that’s how the adventure began.”

For now, the business is still running out of the basement of the Martel family household in l’Ange-Gardien, Quebec. Its products include hoodies, t-shirts and long-sleeve shirts.

For every item sold, the 20-year-old businessman donates between $2 and $5 to the Regroupement pour la trisomie 21 (RT21), a registered charity based in Montreal.

In its first eight months, the company donated more than $5000 to the organization. Mikael Martel says he is really surprised with such instant and unexpected success.

“My initial goal was to raise 500$ in six months. I think we surpassed that amount in the first 48 hours!”, he highlighted with a laugh. “I wasn’t expecting such unbelievable results. To this date, we have already sold over 1000 shirts.”

As he continues to expand, the young entrepreneur has reinvested most of his profits in the company. As a matter of fact, he recently bought a $9000 machine. The goal is to offer more products, of higher quality.

“Later on, I want to start producing sports clothing and all kinds of things. I have a lot of great ideas that are still in my head!”, he admits.

For the former Olympiques forward, being able to help people with trisomy 21 brings him a lot of pride and joy.

“By doing all kind of activities with Ely, I realized that those people are amazing”, says Martel of individuals with Down syndrome. “People look at them differently and they suffer from a lot of prejudice in society, but that’s only because most people don’t take the time to get to know them.”

Despite his departure from the Oceanic last year, Martel and Ely obviously remained close friends.

“We talk to each other every week. The last time I played in Rimouski he came to see me with his whole family”, mentioned the Gatineau native. “It was really special to get to see him again. My involvement with his cause comes from the heart, it has never been a burden to me.”

Despite being extremely proud of how far his company has come, becoming a police officer is where Martel’s true passion remains.

“Ever since I was child that’s what I wanted to do with my life. It’s never changed”, he admits. “My aunt, who is a policewoman, used to tell me stories about her job and I thought they were fascinating. It’s a perfect job for me because I really love action. I really think I’ll make a good police officer.”

No matter what uniform he wears in the future, you can be sure that Mikael Martel’s community involvement will always be there to make a difference in the lives of those in need. 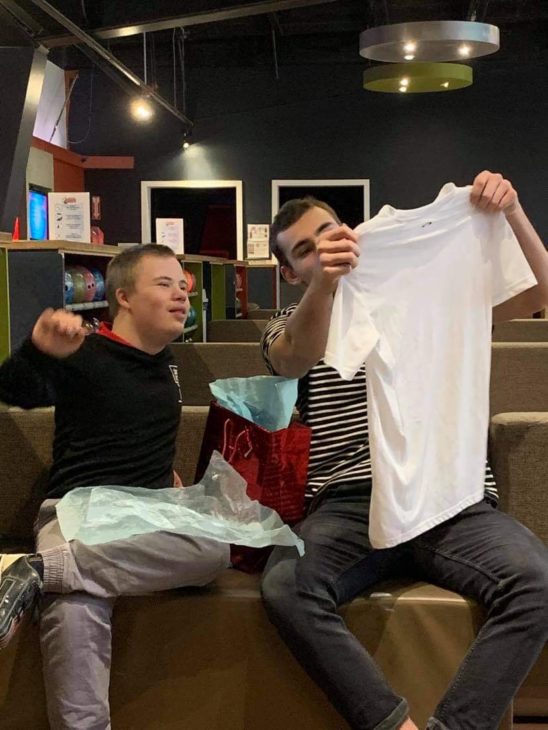