Community Moment | Manix Landry always looking to give back 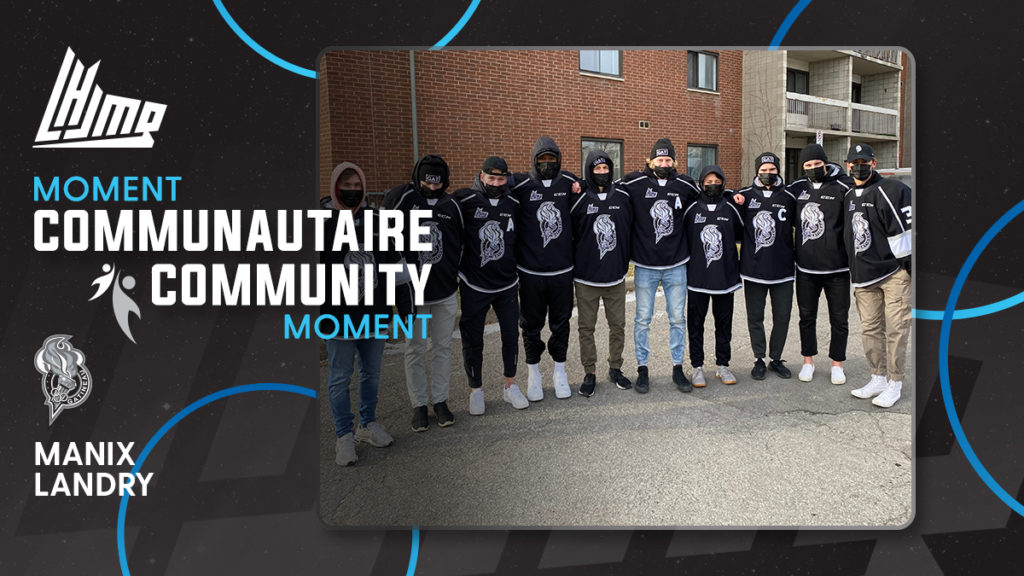 Manix Landry remembers that day like it was yesterday. He can still see Jean-Gabriel Pageau, then with the Ottawa Senators, entering his elementary school in Gatineau.

He’s the first to admit it: that meeting with an NHL player had a big influence on him becoming the athlete he is today.

“I remember meeting Jean-Gabriel Pageau at my school when I was young. I also remember talking to him and asking him lots of questions”, recalls the Gatineau Olympiques captain. “If I can have the same kind of influence on young people today, that would be really awesome!”

He takes that aspect of his role really seriously and, today, it has become his turn to visit the younger Olympiques fans.

“It’s a little more difficult this season because we can’t really go inside the schools. But the last few seasons, we would visit two or three schools during the winter, to meet the kids and play some ball hockey with them,” says Landry. “It was a very big deal for the kids. We would face different teams from different grades. Even some teachers would join us to play with the kids.”

The centerman confesses that meeting all these students puts a smile on his face every time. He says he’s happy to be a role model for them.

“They were all really happy to see us. They realized that it’s a rare chance to meet Gatineau Olympiques players face to face”, laughs the 18-year-old. “Many of these kids are excellent hockey players and meeting us just may be the extra motivation they need to commit to becoming hockey players. Who knows?”

He mentions that the games were a lot closer than you might think.

“We gave them a few little breaks to make the games fair and fun for them. After all, we were there for them”, adds the captain with a smile.

The veteran is also involved in many other events in the community. Every December, he takes part in the distribution of Christmas baskets for people in need in the Gatineau area.

“I love every community event, but especially that one. It’s really rewarding to give back a little something to people who don’t have a lot”, explains Landry. “In every box, there was enough to cook a good meal, with a nice dessert and a little gift for the kids.”

For the kid who grew up in the Outaouais region after being born south of the border, there is a particular feeling of being able to give back to the community that you also call home.

“Being from Gatineau, it’s extra special for me to take part in that event. I take a lot of pride in helping my neighbours and I can say that everyone was very thankful and appreciative”, admits Landry. “They said it was very special to receive those boxes in such a difficult period of the year for people in need. We never know what impact these little gestures can have on people.”

As team captain of the Gatineau Olympiques, Manix Landry shows a lot of leadership on the ice, but also far beyond the arena’s walls. 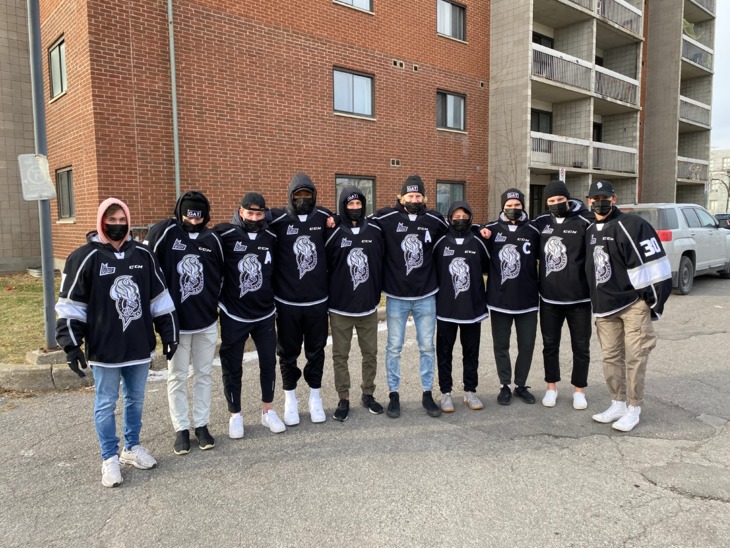