Community Moment | Kevin Mandolese doing it for the kids 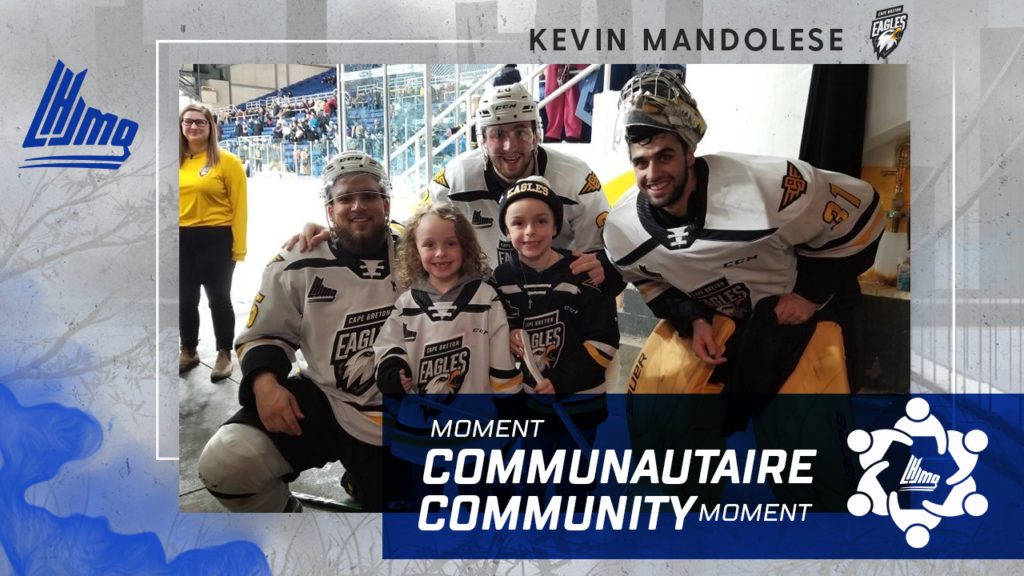 Kevin Mandolese is rather stingy when enemy players appear in front of him on the ice. But in his everyday life, you’ll never find a more generous person than the Cape Breton Eagles goaltender.

The Blainville native has been organising fundraisers for the Cape Breton regional hospital for the past four years.

“I put together activities to gather money for the hospital’s foundation, in order to allow kids and their families to stay home for treatments, and not to have to go to Toronto or Halifax”, explains the Ottawa Senators’ 2018 draft pick.

“We also visit schools on a regular basis. We try to promote a healthy lifestyle and physical activities, and invite the kids to make healthy decisions in their lives”, he says. “We also love to play a little hockey game with them, and show them the importance of a proper warm up to avoid injuries. The guys usually have as much fun as the kids doing that”, he laughs.

“The kids have stars in their eyes when they see us coming in. For them, it’s almost like we’re NHL players. We are stars to them. It’s really incredible.” 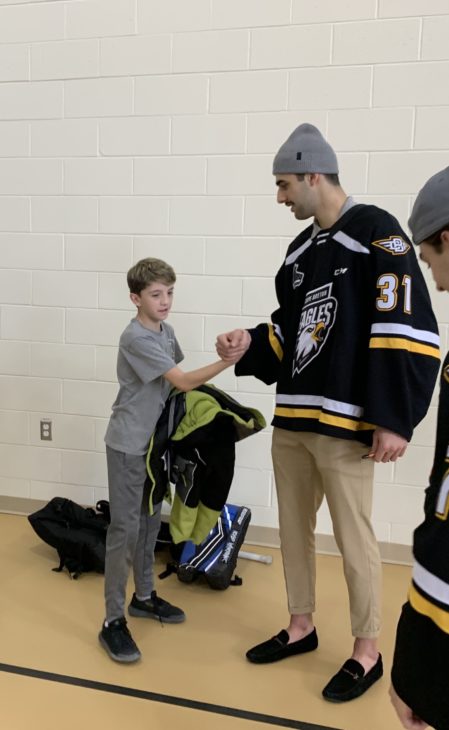 “Each kid has a favorite player. It’s something we’re not used to, but it’s a lot of fun. The reaction of those children when they see us is priceless. It’s a beautiful thing to see.”

The goaltender says he’s happy to be able to make a difference in the everyday life of young kids in the area.

“There are a lot of children who live in poverty here in Cape Breton. When they see us, we make their day, even their week. Just to be able to help them make good life choices, or spend time with them, is really amazing for us”, explains the 19-year-old.

“We know they love it. I’ve seen many children crying when we were leaving. It’s really touching.”

While that desire to help others comes to him naturally, Mandolese is quick to point out the way he was raised as to why he’s such a generous person.

“My parents always told me to make time for others and take care of the people around me. I grew up with those values. They always stuck with me”, he explains. “Helping kids is priceless to me. When I first came here, people welcomed me with open arms. It’s the least I can do for the community.” 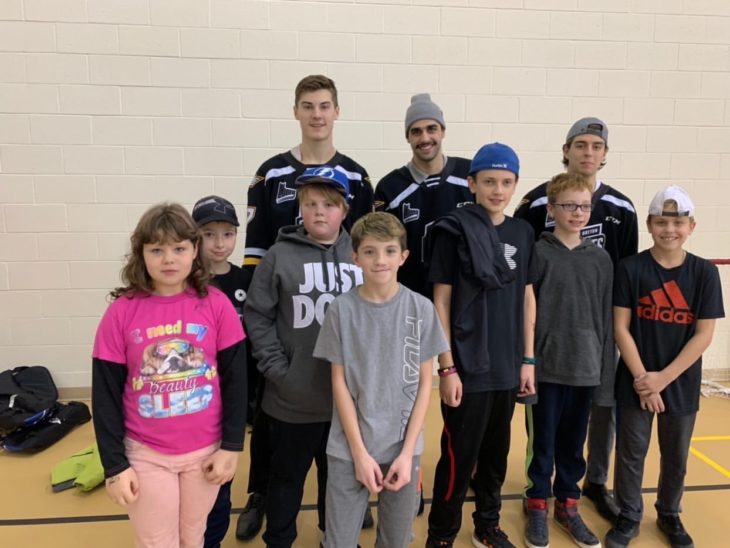 Growing up on Montreal’s North Shore, Kevin Mandolese was a diehard fan of the Blainville-Boisbriand Armada.

“When I was those kids’ age, I would have loved to see Armada players give us advice and play hockey with us. That’s why doing this gives me a lot of joy. I wanna be there for the kids”, he says.

“I grew up watching Étienne Marcoux. I loved to watch him work as a goaltender. A few years ago, I even had the chance to train with him. It was a big thrill for me.”

“I have been here for four years and people have always been there for me, even in the more difficult moments”, he says with a laugh. “Obviously fans don’t like it when we play bad, but they still show up to cheer us on!”

“People here work hard for their money and to be able to put food on the table. The least we can do as hockey players is to work as hard as they do.” 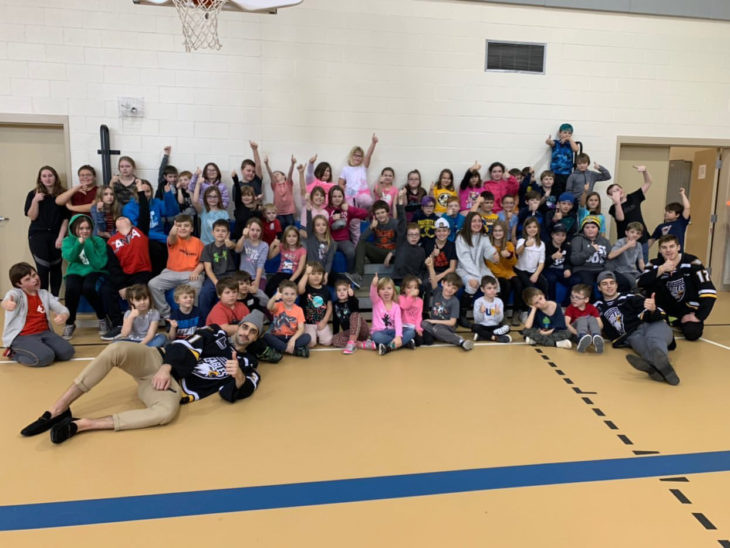