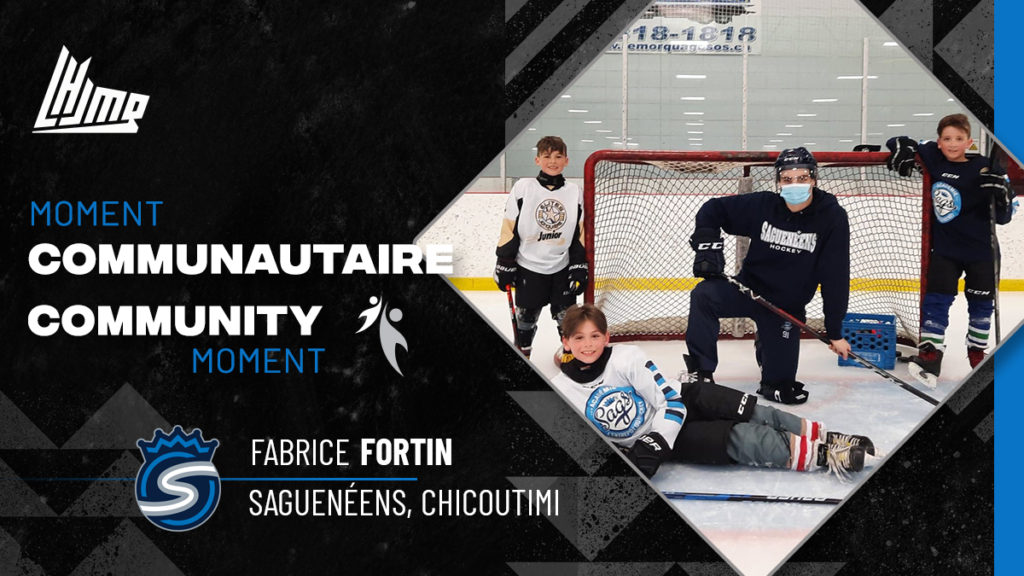 Dating back to 2019, Fabrice Fortin has been living his dream with the Chicoutimi Saguenéens. Since he was little, his goal was to wear the blue and white jersey.

Today, the Saint-Félicien native wants to inspire kids from his hometown to follow in his footsteps.

Every time he gets the chance, the 19-year-old pays a visit to students in local schools to have a quick chat with them.

“Here I am, a full-time Saguenéens player and I think that’s pretty cool. I want to show the kids that it is possible to make it. Even if you come from a small town, far away from the big city hockey structures and facilities, you can still accomplish great things and reach a high level”, says Fortin.

The left winger is living proof, having always worked hard to reach his goal.

“For three years, I made two-hour bus rides back and forth to go to school (in Alma) and play hockey. When you are willing to make those sacrifices, everything becomes possible”, explains number 91.

“I was getting up at 5:30am to arrive at school at 8am. I had school in the morning and practice in the afternoon. At 4pm, I would head back home. I was having breakfast on the bus, and sometimes supper too!”, he laughs.

For him, it was business as usual. No big deal.

“I didn’t see it as a sacrifice. In my mind, it was very clear that if I wanted to play hockey at the highest level, that’s what I had to do. There was no doubt whatsoever, it was as simple as that.”

Now, it’s Fortin’s turn to give advice to the younger generation of hockey players. 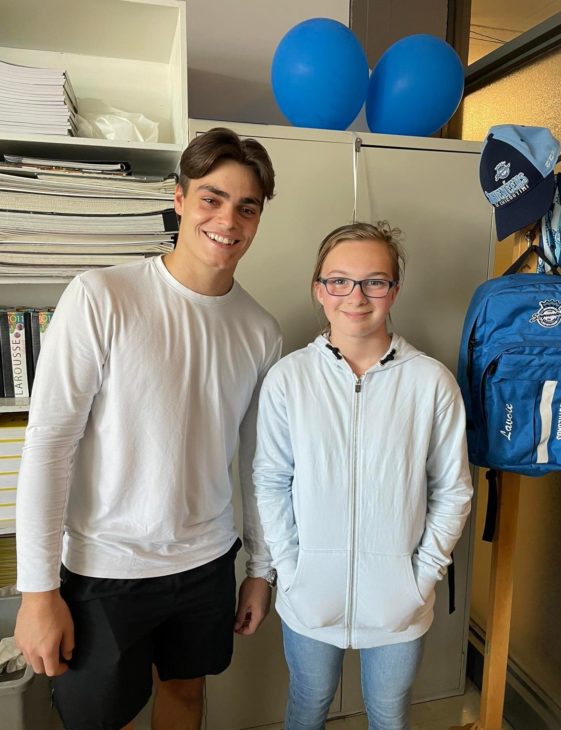 “Last year, I was living in a billet family with four children that played hockey. Quite often, I would go practice with them. I had a lot of fun sharing a bunch of little tricks with them and things like that.”

He also took part in a Saguenéens jersey giveaway. He went all the way out to Saint-Félicien to deliver the prize himself. That’s a little car trip of about an hour and a half!

And since his mother is an elementary school teacher, Fortin has a unique opportunity to meet young fans on a regular basis.

“I went to see the students in her class quite a few times, only to give them a little encouragement, take pictures or just chat. I also attended a few classes with them.”

He still recalls vividly the impact that QMJHL players had on him when he was growing up.

“I remember when I was young, I was fortunate enough to meet players from the Sags, as well as some Olympic medallists. I remember saying to myself: it’s so amazing that these people take the time to come see us. I thought it was something really cool.”

It’s now his turn to inspire the new generation.

“I absolutely loved the kids’ reactions in each of my visits. They all want autographs, and they ask a ton of questions. They always have a big smile on their face. It reminds me of my youth and that’s something I really enjoy. I love to make people happy, especially the younger ones.”

Of course, the questions have a wide range of topics.

“The first question I usually get is often: do you really play for the Saguenéens?”, says Fortin with a big laugh.

“I don’t think a big effort is needed [to visit schools]. It’s just something really fun to do. I love to be close to the young fans and I love being there for other people.”

We haven’t heard the last of Fabrice Fortin because he says he’s putting together a big community project for next season, one that involves both Sags’ players and fans. 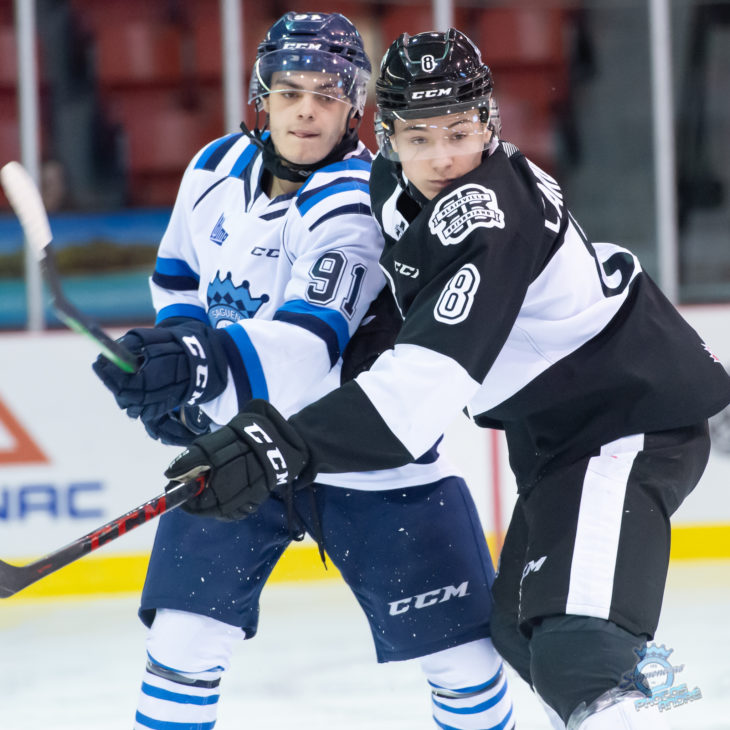