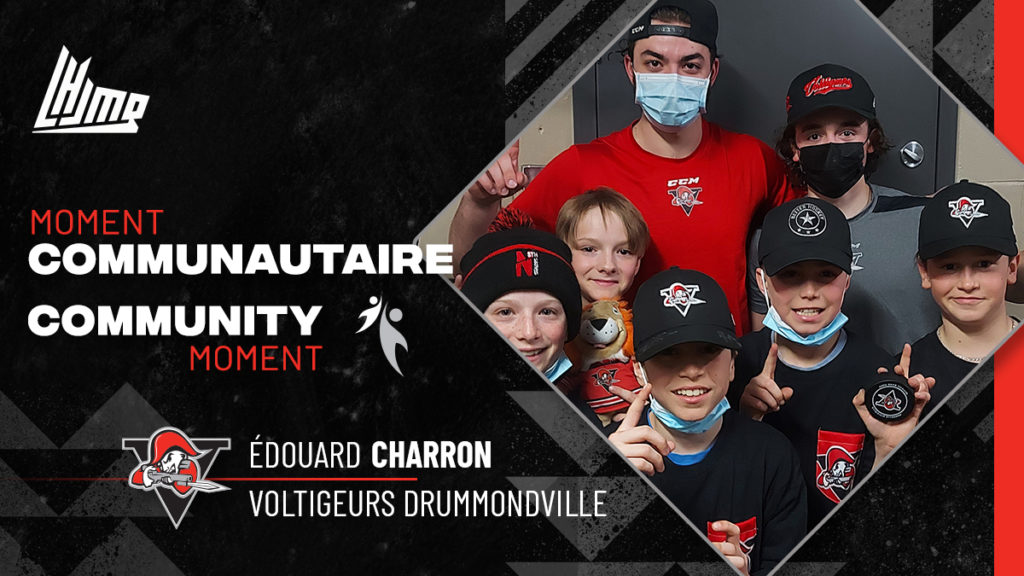 Édouard Charron loves to get involved with kids. He fully knows he’s a role model for many young hockey players who want to follow in his footsteps.

That’s why, along with two of his buddies, he decided to launch his own hockey school this summer in Drummondville. Together, they hope to welcome between 40 and 60 kids from the novice and atom levels.

“The idea came during a long bus ride! We always had the idea to launch our own project, but we weren’t sure exactly what”, explains the Voltigeurs centerman.

His teammate Charles-Antoine Dumont, as well as Kaylen Gauthier (who was traded to the Sherbrooke Phoenix mid-season) will also be a part of the adventure.

“We are three guys who live and breathe hockey. So, we told ourselves: why not give back to the kids something that we were fortunate enough to have when we were young? The more we spoke about it, the more the project came together, and our camp is now set to kick off this summer.”

For a week, the two groups will have two practices a day on the ice and one session in the gym. 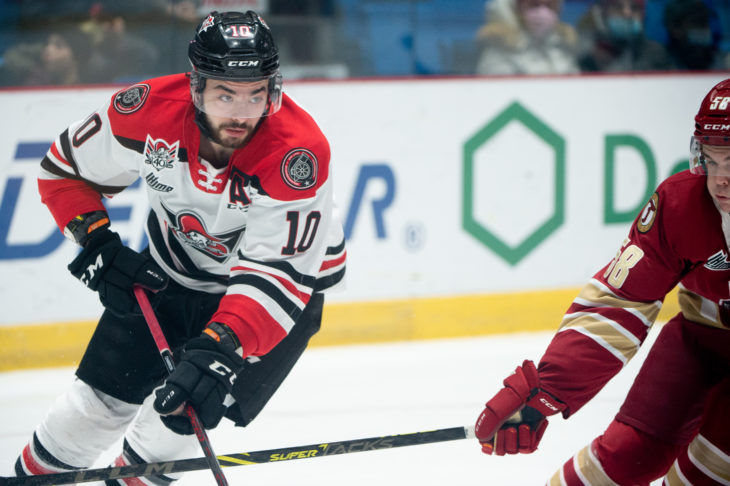 “We surrounded ourselves with other guys from the QMJHL, so we’ll have a great team in place for the kids that will attend”, explains the St-Hyacinthe native.

The coaches will focus on developing all the skills needed to become a good hockey player, but also on the mental aspect of the game.

“We want to offer kids another opportunity to improve their game through our own experiences”, states Charron. “We also want them to work on their compete level. But having fun while playing hockey will always remain our priority!”

The 20-year-old took part in many of these hockey camps growing up. Today, it’s his turn to pass along his knowledge to the next generation.

“I attended my first camp when I was 8 years old. I also worked for three years at the Gaulois Academy hockey school. Those experiences inspired me to launch my own camp”, he says.

Taking care of kids is something that comes naturally to Édouard Charron. He always enjoys meeting up with young fans after Voltigeurs games. He takes the time to chat with them, and also with their parents.

Pictures, autographs on hats, jerseys and pucks are of course part of these meetings.

“We see a lot of smiles on the kids’ faces”, says the player who just capped of his fourth QMJHL season. “I think it’s part of our job to give something back to all these young fans who follow us all year long.”

“They represent the future, and we are role models to them. For me, it’s always been the cherry on top to have the chance to meet them”, says Charron with a smile. “I know they’re always super pumped to see us. I remember one time I heard them screaming my name even before I joined them in the room. I was really caught off guard by that! I think they’re very happy that we take the time to do this for them. Their smiles are really the best reward I can think of.”

With a dad who is a schoolteacher, Édouard Charron has always understood the importance of making time for kids, whether they are athletes or not.

“The last two years have been pretty difficult, and it has always been very important for me to help kids as much as I can. I want to make them smile and be happy again. To me, that’s the greatest thing about being a hockey player!” 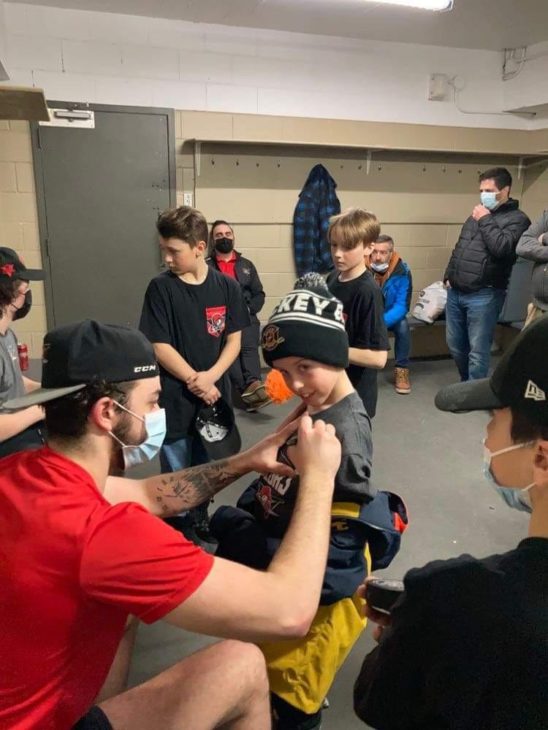