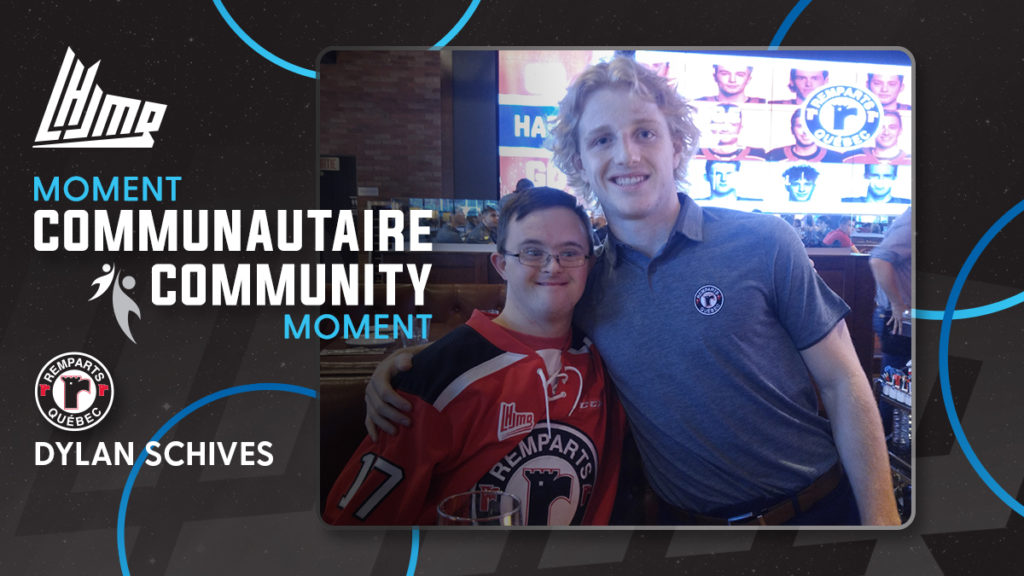 Dylan Schives has always been around people with special needs. So, it’s no surprise to see one of them, a diehard Remparts fan, become a very close friend of his.

“His name is Maxime Cloutier. I met him through my mother during my first year with the Remparts”, explains Schives. “Every time she came to watch me play, she’d always see him proudly wearing his Remparts jersey.”

Schives mother went out of her way to have a chat with Maxime’s mother in order to get to know the pair a little better. After one of the ensuing games, it was Dylan and Maxime’s time to meet.

A strong friendship was born.

“Since then, after every game, he gives me the highs and lows from my performance. And he sure is honest!”, laughs the 19-year-old blueliner. “All around that boy loves hockey and especially loves the Remparts. That is what led me to know him so well!”

Schives, a Tilbury, Ontario native, has become even closer to his buddy over the last two seasons. Last year, Dylan’s mother even offered Maxime a Christmas gift that he won’t soon forget: a Remparts jersey that’s autographed by Schives himself!

“He started wearing my jersey to every game”, mentioned the defenseman. “I was truly overwhelmed when I saw that!” 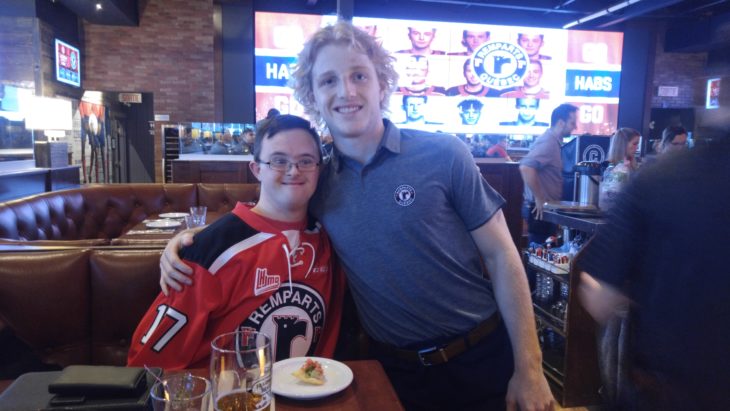 But Maxime is not the only Remparts fan to gets visits from Schives and his teammates. Many of the team’s players make it a mandate of theirs to visit different schools around Quebec City during the season.

“We want to have fun with the kids. It’s honestly a great feeling to see the joy in their eyes, it’s something I take great pride in. I really love to see their reactions”, admits the veteran. “We’re like big stars to them. It also gives them a little bit of a break from school to have some fun with us.”

During last year’s school visits, the action usually took place in the school gymnasium. Players would mix with the kids to form two groups and play a good old friendly ball hockey game.

Everyone is then split up in smaller groups to hold workshops that allow the kids to improve their skills, such as shooting, stickhandling or passing. There is a lot of one-on-one interaction, which is something the kids really love according to Schives.

Obviously, those days end with the usual autograph and photo sessions. That is also the time kids use to ask a million different questions to the Remparts players. 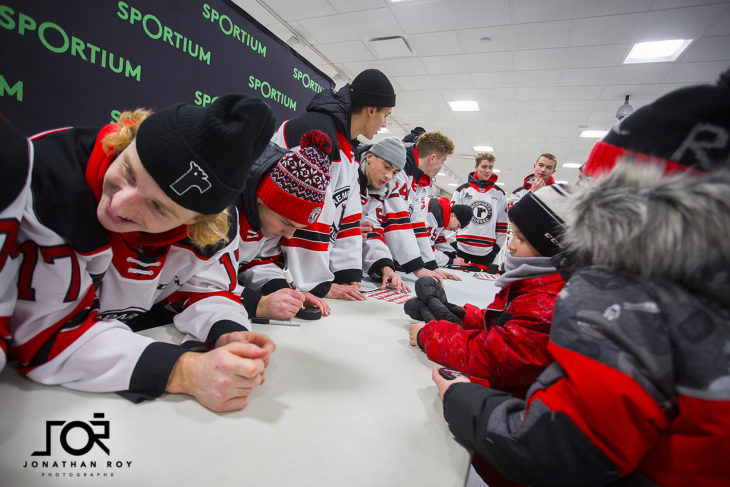 “They want to know about our schedule and how busy we are with school, games, practices and everything else. They also want to know what I had to do to get to where I am now. I also love to ask them the same questions, just to get to know them a little bit more. It’s important to them, but it’s also important to me”, says Schives.

The defenseman was chosen as the Remparts Humanitarian Player of the Year last season. That was not a surprise to anyone in the organization.

“It’s something that comes very naturally to me. As athletes, we’re given this great opportunity to play the game we love. I want to do everything I can to give back to the community and to inspire kids.”

As mentioned before, the Ontarian really has special needs kids close to his heart.

“Growing up, I had an uncle with down syndrome and one of my friend’s brother had spina bifida. He was in a wheelchair”, admits Schives. “Even at that young age, I realized that people with disabilities can give so much love and joy around them. They never complain.”

Wherever life leads him, Dylan Schives already plans to stay involved in his community.

“If I can make just a little difference in this world, that’s fantastic!”, he says. 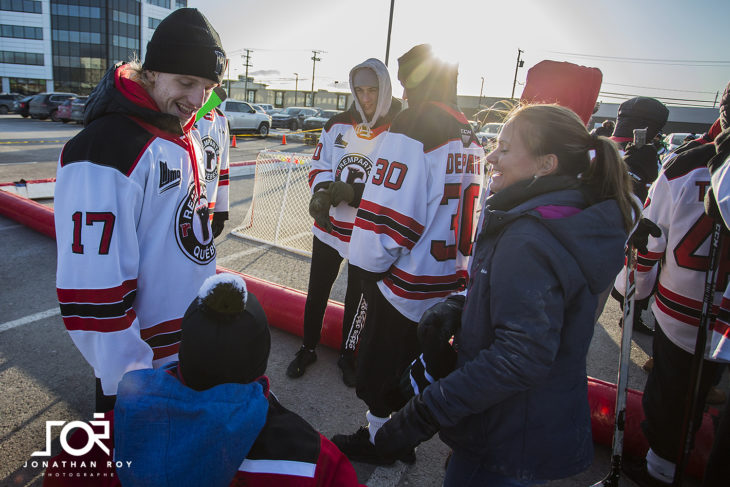