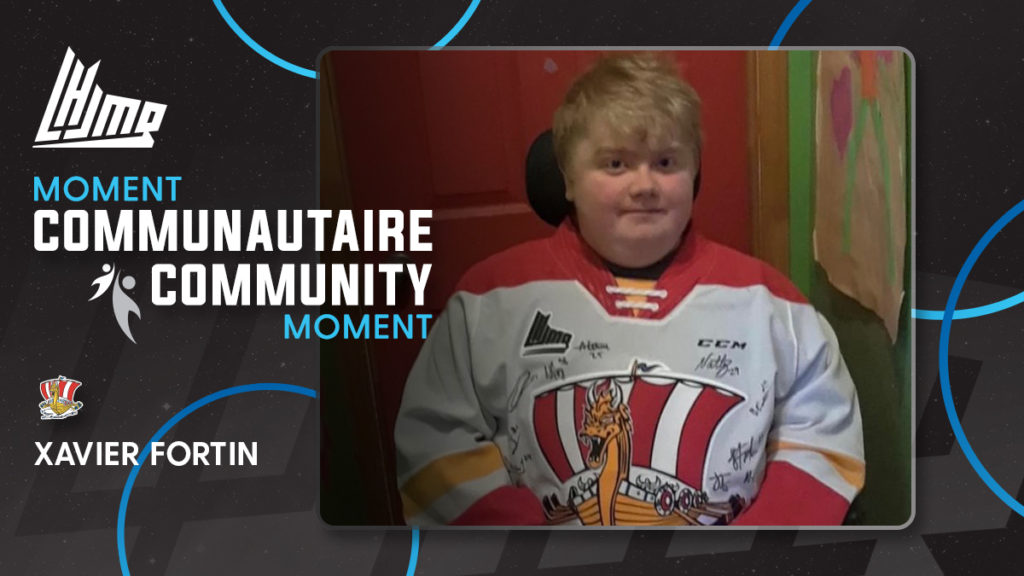 Xavier Fortin is one of those big-hearted athletes who likes to make a difference in people’s lives around him.

In Alek St-Pierre’s case, he and Xavier Fortin have never met, but the Baie-Comeau Drakkar forward has already had a great impact on his life.

The two young men are pretty much the same age, share the same passion for hockey and they come from the same region (Laval).

Their paths crossed by pure chance, with their respective fathers currently working for the same company. However, while Fortin is pursuing his dreams in the QMJHL, St-Pierre needs a wheelchair to get around.

The reason for that last statement is because young Alek has muscular dystrophy, a degenerative disease for which there is no cure.

“My dad was telling me about him and he was tearing up. It’s really something that touched the both of us”, mentioned Fortin. “[Alek] played hockey when he was younger. Today, he’s 18 years old and he’s in a wheelchair. He will soon lose the use of his arms too. His condition is constantly deteriorating unfortunately.”

From there was born Xavier’s idea to have a Drakkar jersey, signed by each one of his teammates, sent to his new friend.

“He’s a big hockey fan. So, I decided to have all my teammates sign a jersey”, stressed Fortin. “I consider myself very lucky to be able to be in good shape and do what I love in life, including playing hockey. I realize that not everybody has that chance. This kid lived a normal life for years, but he’s gradually losing it all. I find this very sad and hard to accept.”

“I know that the Drakkar organization puts a lot of emphasis on its social mission and should be applauded for that. I thank you with all my heart for your thoughtful gesture towards a boy your age. The jersey is really nice, and it would be a great joy for us to have the chance to watch you play in Baie-Comeau someday”, he wrote to the Drakkar centerman.

In turn, Fortin says he was touched by those kind words from Alek’s father.

“All I wanted to do was to put a smile on Alek’s face as he goes through these difficult times in his life. I’m a very positive kind of guy and I love to spread joy and happiness around me. I’m always ready to do the little things to help people,” mentioned the 19-year-old forward. 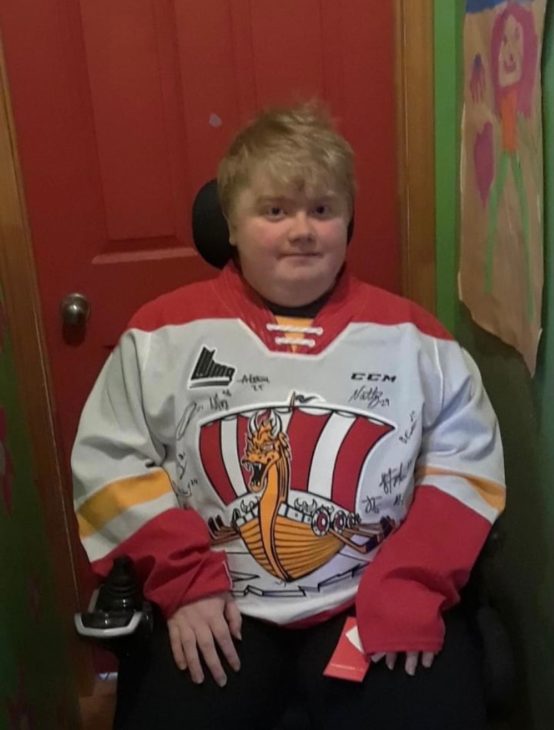 Fortin also admits that situations such as the one his friend Alek is going through helps put things in perspective.

“When you have a bad day, you think about stories like his and it makes you realize that you are really lucky and that you need to stop complaining for no reason. There are always people going through things much more difficult than you are,” he remarks.

Knowing that both men have many of the same passions and many things in common, Xavier can’t wait to meet Alek to talk about hockey and life in general.

“I know he was very happy to get the jersey,” recognized Fortin. “Before the pandemic, we wanted to invite him to Baie-Comeau to come watch one of our games. It’s not possible right now, but when things are back to normal, he’ll certainly come out or I will go see him”, says Fortin.

“I’ll definitely be asking him if he’s a Drakkar fan!” said Fortin with a laugh. “I know it might be a difficult meeting for me, but I can’t wait to meet him anyway. I know I will find the right words.”

Whether it’s with Alek of with Drakkar fans in general, both young and old, Xavier Fortin says he’s always happy to give something back because he received so much from his adoptive community in Baie-Comeau.

“The fans are incredible and the people of Baie-Comeau are so welcoming. They almost treat us like superstars, and I want to do all I can to give something back to them. It’s the least I can do,” mentions the centerman.

“I want to be a role model to the kids. They look at us with stars in their eyes, so I want to set the example for them. I can really see myself through those kids.”

From Laval to Baie-Comeau, one thing is for certain; when the time comes to be a leader in the community, Xavier Fortin can always be found on the front line! 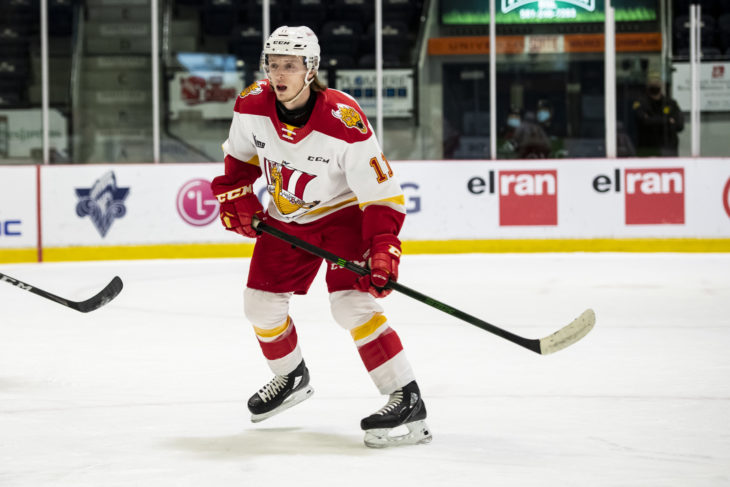