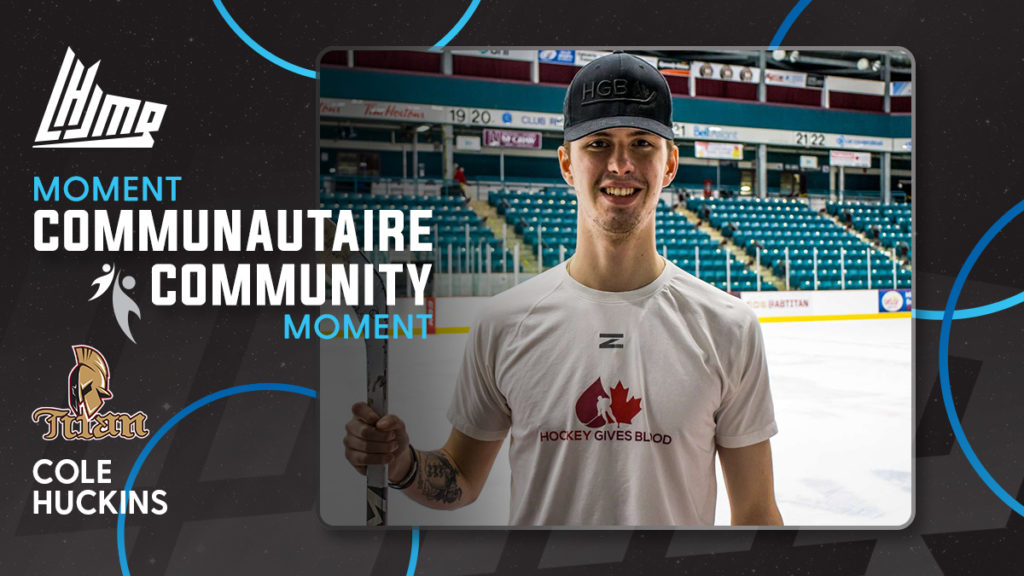 Cancer has hit many families hard across Canada. Acadie-Bathurst Titan forward Cole Huckins knows all too well what this terrible disease can do.

He also knows that giving blood is a great way to help sick patients get the treatment they need.

So, when the Hockey Gives Blood organisation came calling, the forward was ready to answer the call.

Since last November, the Fredericton, NB native has been an ambassador for the organisation. Something that he is very proud of.

“I’ve had family members who needed blood after operations. I have a lot of family members who suffered from cancer, including my uncle and my grandparents”, says the 18-year-old. “I’m young and healthy and to give blood to someone who really needs it is not a big thing. It’s not too much to ask.”

When he heard from the people from Hockey Gives Blood, he never hesitated. He was all in right from the start.

It’s only a matter of time before Cole Huckins will have a needle in his arm.

“I haven’t been able to do it yet because I got a tattoo and had to wait at least three weeks before giving blood”, laughs the Titan forward. “But I’m trying to get some players on the team to do it with me. Doctors can use blood and stem cells for so many treatments.”

He says he won’t be afraid when his time comes to sit back in a donor’s chair for the first time.

“I’m not too scared of needles because I have tattoos. As a matter of fact, I’m pretty excited to be a part of it. I want to focus on the good that comes with giving blood”, explains Huckins. “You can donate one unit of blood and it can help someone with cancer. Donations are really important.”

Huckins says being involved in a great cause like this is very important to him.

“I just remember when I was a little kid, there were many people around me who I looked up to. I want to be an inspiration and be a positive influence on kids in the community”, says the young athlete. “Playing for the Titan, I know I’m a role model for the city and it’s a pleasure for me to give something back to the community.”

Of the people Huckins looked up to the most while growing up, he had great role models in his uncles Ryan and Greg Malone.

“They both played in the NHL and I saw them on the street meeting people and all the stuff they did for the community. I thought that was very cool. I want to do the same thing, now that I’m in their position”, admits the Titan sophomore.

“It’s something I’ll stick with for the rest of my career”, says Huckins about creating awareness for blood donations. “It’s something I’m passionate about and I want to keep inspiring people.” 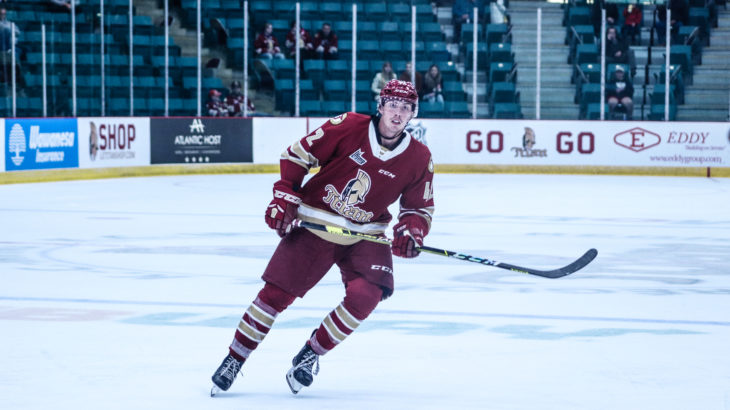