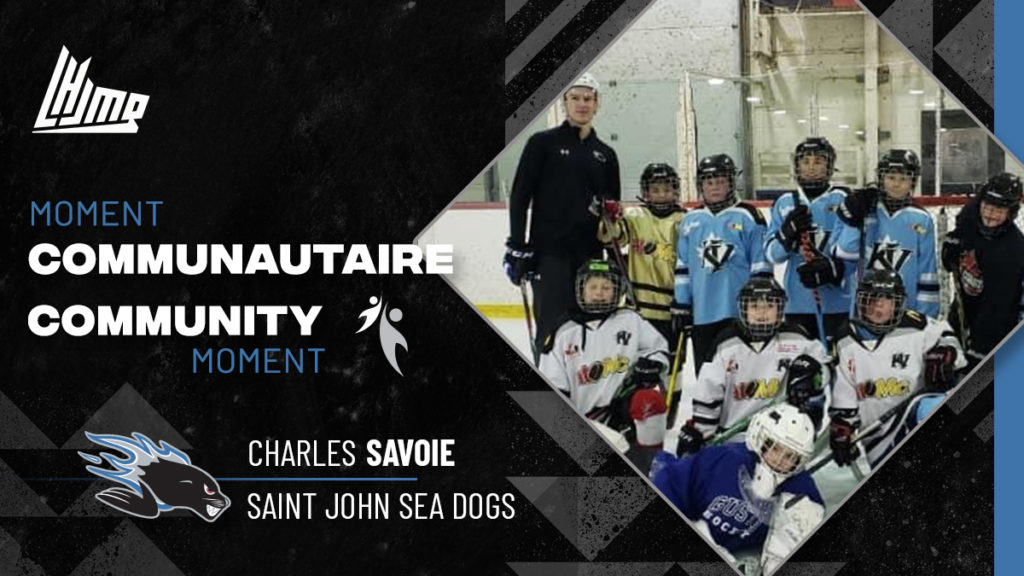 The players who suit up in the Quebec Major Junior Hockey League are real life heroes for many youngsters who follow their careers closely. They become role models that many kids try to imitate as they’re growing up.

Charles Savoie himself was one of those tiny players with eyes as big as loonies when a major junior player hopped onto his local ice rink, in Boisbriand, QC.

When he was still playing for the Mille-Îles Seigneurs organization, the forward had the chance to skate alongside Alexis Lafrenière, who’s currently playing for the New York Rangers.

For Savoie, who was recently traded from the Saint John Sea Dogs to the Cape Breton Eagles, he remembers those moments like they happened yesterday.

“I always tried to imitate everything those guys were doing. We all knew that these players would go a long way in the hockey world”, explains the one who’ll be celebrating his 19th birthday on January 14. “When you’re a kid, it’s really impressive to see a guy of that caliber and skating on the same ice surface as him. It’s actually hard to explain. It’s like a dream come true.”

Today, it’s Savoie’s turn to make little boys and little girls from the Maritimes dream of the big leagues. Every time he had the chance, he would go and skate with the minor hockey teams of his billet family’s children in Saint John. 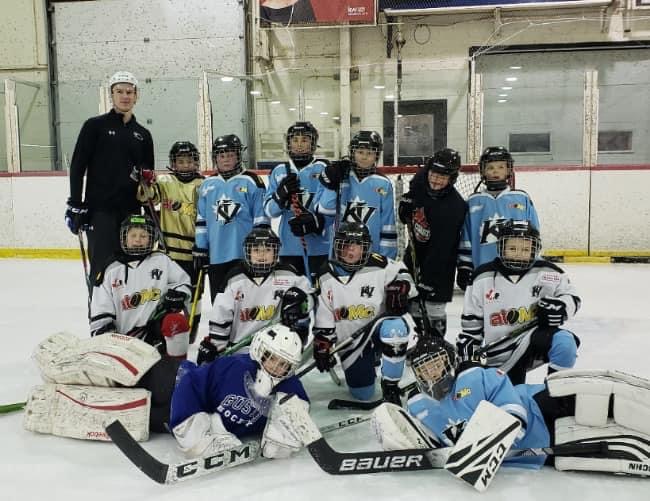 It goes without saying that the forward knows all too well the importance of his presence for those young up-and-coming hockey players.

“I showed them some of the drills we were doing with the Sea Dogs. I also took the opportunity to chat with them a little bit”, he mentions. “Judging by their reaction, I think they loved every minute of it!”

Charles Savoie even stayed in touch with a few of the kids he met along the way.

“They asked me a ton of questions while I was there. There was even one kid who texted me afterwards to ask me more questions about my hockey journey”, laughs the die-hard Montreal Canadiens fan.

The left winger realizes the magnitude of these youth contacts and the positive impact he can have on an entire community.

“I think it’s really important to give something back to the kids. I can put myself in their shoes because I can see myself on the ice with a major junior player. Those are wonderful memories.”

Since he’s a Saint-Eustache native, it was mostly Armada players who used to come spend time with a young Charles Savoie and his teammates at the time.

“I remember skating with them many times. It was always something very special”, he says. “The next day, we had a lot of fun sharing all those stories with our friends at school. I imagine it’s kind of the same thing for the kids we’re fortunate enough to meet these days.”

That community involvement and that sense of giving back represent family values that are very present at the Savoie’s.

“My parents always taught me the importance of giving back, even if it’s only a few hours of our time”, he admits. “I will certainly continue to be involved with kids as often as I can. It always brings me great joy to see the smiles pop up on those young faces.”

When the coronavirus pandemic will finally be a thing of the past, you can be sure that Savoie will be the first in line when the time comes to get involved in his new community, in Cape Breton.