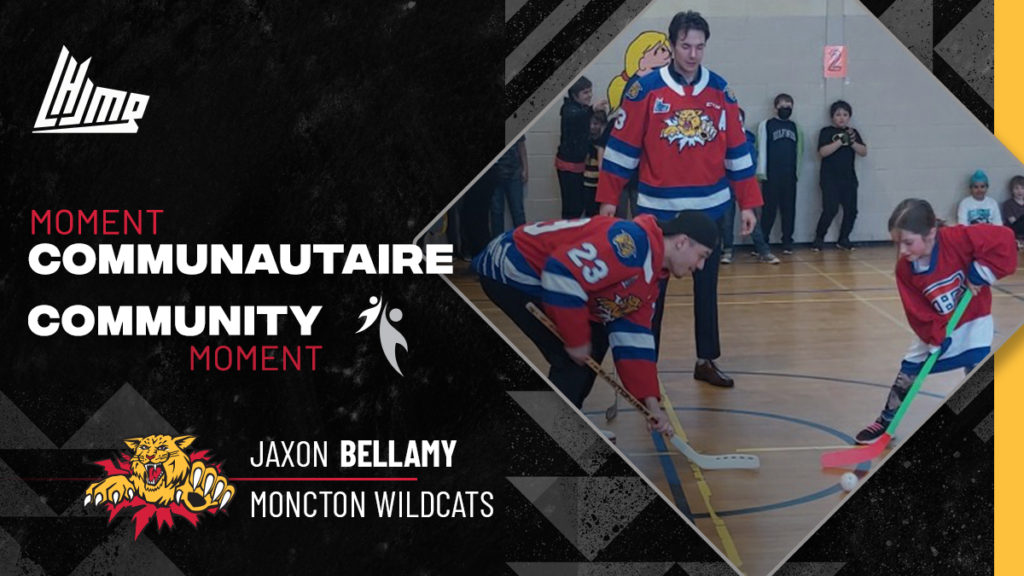 Jaxon Bellamy has always been a good student. For him, school and hockey have always been equally as important.

That’s why, when the Moncton Wildcats told him about the “Reading Is Wild” program, he was immediately looking for ways to get involved.

That program allows schools from the Greater Moncton area compete with each other by encouraging kids to read as many books as possible. The winning schools get a reading session with some Wildcats players, and sometimes, even a friendly ball hockey game in the gymnasium.

“I have three younger brothers and I’ve always given back to the community where I play”, says the Hampton, New Brunswick native. “When I was younger, I was fortunate enough that players came to our class and read to us. So, I was always inspired by them to go play hockey in the QMJHL.”

The 21-year-old defenseman was really enthusiastic about meeting the kids in different schools this season.

“When they talked about the program, I was 100% on board. Going to schools is something I did when I was in Sherbrooke (with the Phoenix). Unfortunately, I wasn’t able to do it in Bathurst [last year] because of COVID-19”, he explains.

“Personally, I love to read motivational books and nutritional books, stuff that can always help my game and help me as a person as well. This year, I was fortunate enough to read with kids from a few schools in Moncton and Dorchester”, mentions the one who was accompanied by a few teammates during those visits. 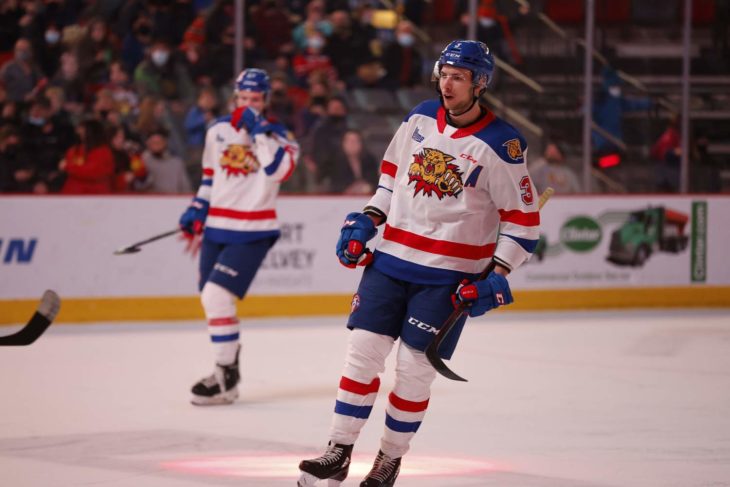 The last of those meetings happened on April 27 and Bellamy says it’s one he will remember for a long time.

“It was awesome. The kids were just ecstatic when we were there. The school didn’t tell them that they would have a few special guests that day, so we surprised them in the gymnasium”, laughs the defenseman.

There were kids aged anywhere from kindergarten to fifth grade on that day.

“We answered quite a lot of questions, and then, we played a little ball hockey with them. I saw a ton of excitement in their eyes”, he recalls. “Some of them were a little shy because they had seen us play on the ice. It was the same reaction I had when players came to my class when I was that age!”

The meeting was truly special since a student from that same school had passed away just a few weeks before.

“It was emotional. When we heard that a young girl had passed away, we thought it would be a great idea to go to that school and bring some excitement and joy back into that community.”

On top of having a good influence on kids, Jaxon Bellamy considers that reading is very important in their development and education process.

“We want to show kids that you have to work as hard in the classroom as when you play a sport that you love. Education is very important”, states the veteran. “I remember my dad telling me that, if I didn’t meet the school standards, I would have to take a few weeks off from hockey to improve my grades!”

“For my father, school came first and hockey was second. Now that I’m older, I’m able to put both on the same level”, admits Bellamy. “But I want to show kids that, whatever you do in life, you always have to put in your best effort. You always have to work as hard as you can, both on and off the ice.”

With such a positive impact on kids, you can only hope that a few of them look to imitate Bellamy by excelling both in school and in sports! 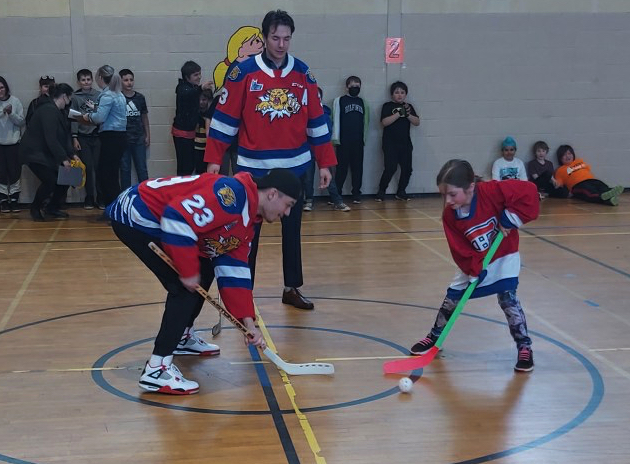