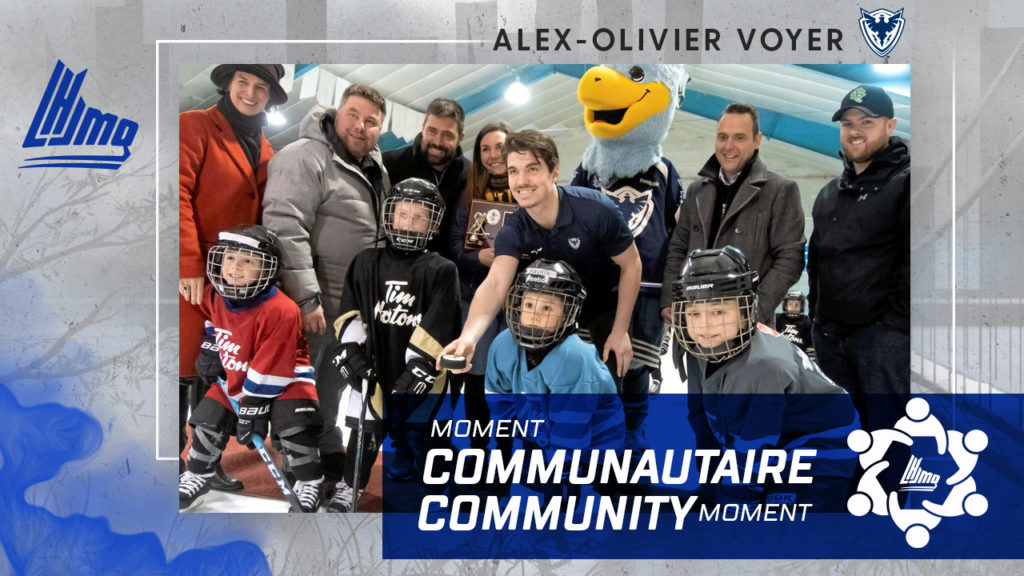 Alex-Olivier Voyer is much more than just a local kid playing for the Sherbrooke Phoenix. Over the years, the 20-year-old forward has become an ambassador for the organization all over the Estrie region. His involvement in the community is simply astounding.

“Being from Sherbrooke, the team asked me to represent the Phoenix at golf tournaments, to go talk to kids in schools and things like that. Everything started here for me,” explains the veteran who played the first three seasons of his junior hockey career with the Rimouski Oceanic.

“I quickly realized the impact I could have on these kids just by sharing my story with them. I went to my old elementary school in Sherbrooke. The young students couldn’t believe that Alex Voyer, a Phoenix player, went to the same school as them”, laughs the player who wears number 19.

“I told them that I sat on the same chairs, in the same classrooms, as them. They were really interested in my hockey journey and how I was able to make it all the way up to major junior,” adds the veteran who put up 58 points in 68 games last season. “I’m living proof that with some discipline, and if you believe in your dreams, then it’s possible to reach your goals in life.” 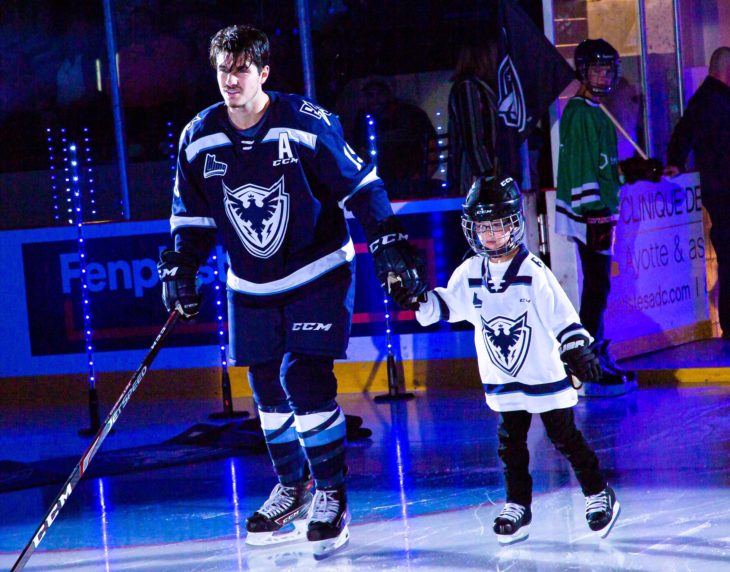 Voyer is also involved in many projects in the community. He was recently the Honorary President of a hockey game organized to collect money to build a house for little Éva, a three-year-old child suffering from a very rare disease.

He was also Honorary President of a novice hockey tournament held in his neighbourhood last year. “The kids were really impressed to see someone wearing a Sherbrooke Phoenix jersey. During the skills competition, I was able to join them on the ice. We really had a lot of fun!” explains Voyer.

The right winger was also copresident of a Hema-Quebec blood clinic, held in partnership with the Sherbrooke police department. “I was there the entire day and a lot of people came to see us. I have to say that my teammates helped a lot, either as volunteers or by giving blood,” says Voyer. 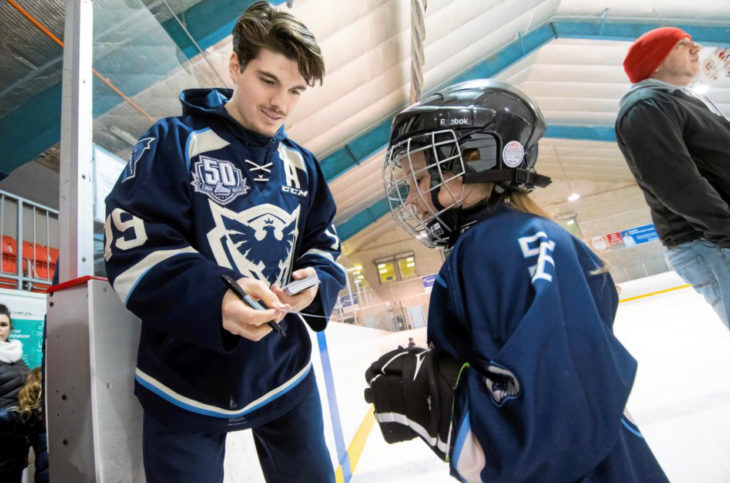 Over the past few weeks, he has been working on another project dear to his heart. “We will be gathering sports equipment and donate it to students from a school with a limited budget. This initiative is similar to what David Perron, the Stanley Cup champion of the St-Louis Blues, does with his foundation.”

“We also had the chance to play a dodgeball game against the champion team from Alfred-Desrochers elementary school recently,” adds the veteran hockey player.

“Just seeing the smiles on the kids’ faces after every event is very gratifying for me. I know that people love it when we get involved in the community. The Phoenix organization gets a lot of positive feedback from hockey fans.”

Voyer says the kids are extremely proud of their junior hockey team. “All of the minor hockey teams in the area wear Phoenix jerseys now. The young players can relate to us and that allows them to see themselves in us and believe in their dreams,” explains the talented forward. 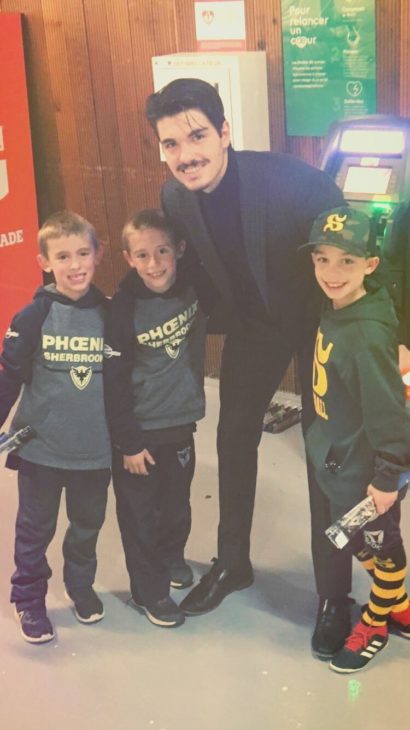 He particularly enjoys meeting young students in the Sherbrooke area schools. “My mom is the principal of a special needs school and I was fortunate enough to meet the kids there twice already. It’s really special for me to meet kids with such courage and determination. It is amazing to see the happiness in their eyes, despite what they are going through every day”, adds Voyer.

As for his own dreams, the veteran had a little taste of pro hockey this summer, when he attended the Boston Bruins rookie camp.

“It was a step in the right direction. I still dream of making it to the NHL. If not, I probably will play university hockey in Québec or in the Maritimes next year. I don’t know where that will lead me, but I’m pretty sure I’ll be ok with the outcome!”