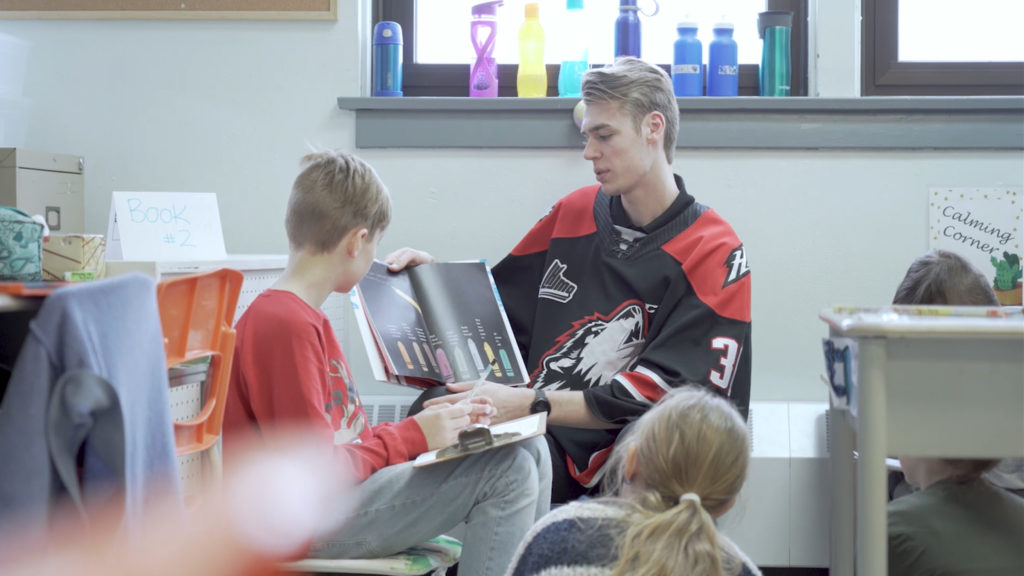 Rouyn-Noranda Huskies goaltender Zachary Emond has proven his leadership qualities both on the ice and off of it this season. After suiting up for the Huskies for the past three years, Emond led the way for he and his teammates to be heavily involved in the community.

When the time came to represent the team in and around town, Zachary was always the first in line to take part in the different activities. Always focused on the well-being of others, he’s made many visits that have impacted the lives of a lot of people, especially children.

This past December, Emond and a few of his teammates stopped by the Rouyn-Noranda Hospital where they visited patients who were mostly from the pediatric and oncology departments. Emond’s unifying skills were immediately noticeable. 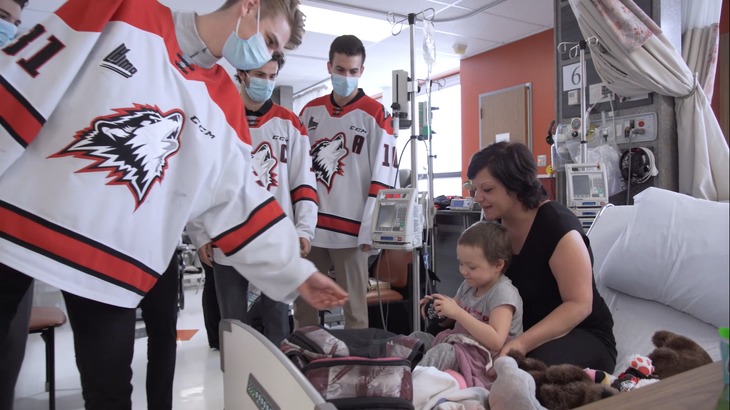 In the oncology department, the netminder and his teammates were among some young children suffering from cancer. Emond took the time to chat with the kids but also listened to the parents on hand to better understand their reality. He led by example and showed his teammates what it’s like to show compassion, and the importance of taking the time to listen to these families in need. The looks of admiration and recognition the 6’4’’ gentle giant received from the parents were heartfelt.

Earlier in the season, Huskies players were invited to Noranda School’s literary day. Because Zachary’s mom has had her own daycare at home his entire life, Emond knew all about the positive impact he can have on children and how he can play a big brother role for them. Emond had a great influence on the kids that day, taking the time to read stories and play interactive games with them. He even went out of his way to explain the importance that school, reading and perseverance will have on their lives! 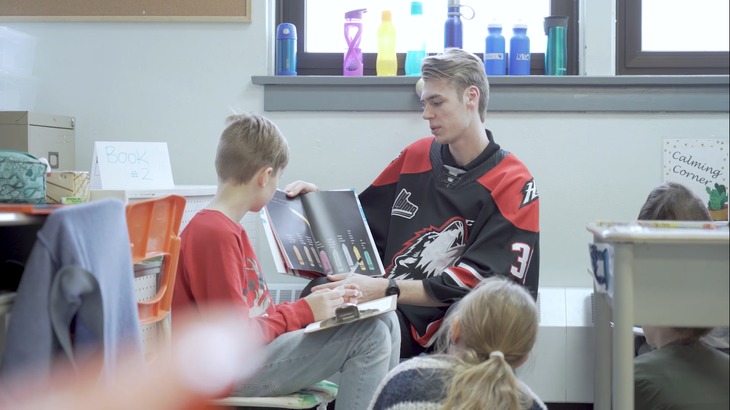