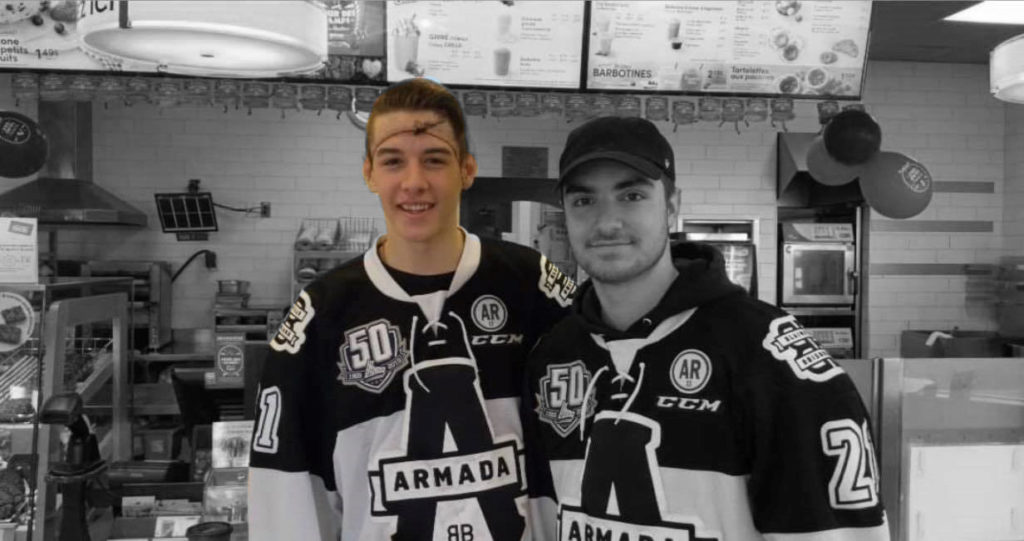 When he kicked off his second season with the Blainville-Boisbriand Armada this year, Simon Lavigne decided to get more involved in the community. It’s always with a smile on his face that the assistant captain was spotted in various team activities such as: the Armada’s Golf Tournament, the team’s blood drive, practices with local minor hockey youngsters, and much more! 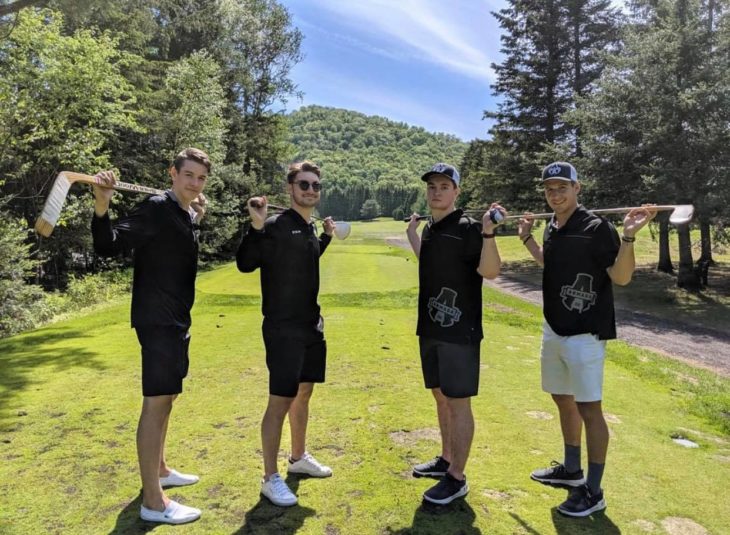 Since Lavigne resides in Blainville, he’s very involved in the team’s community activities during the off-season as well. At the golf tournament, he stayed to have dinner with the partners after spending the entire day shaking hands on the course. Last summer, he also finished first in a 20km bike race that helped collect funds for the CHSLD Drapeau Deschambault Maisonneuve Foundation that is looking to invest, among other things, in musicotherapy and zootherapy for its residents. 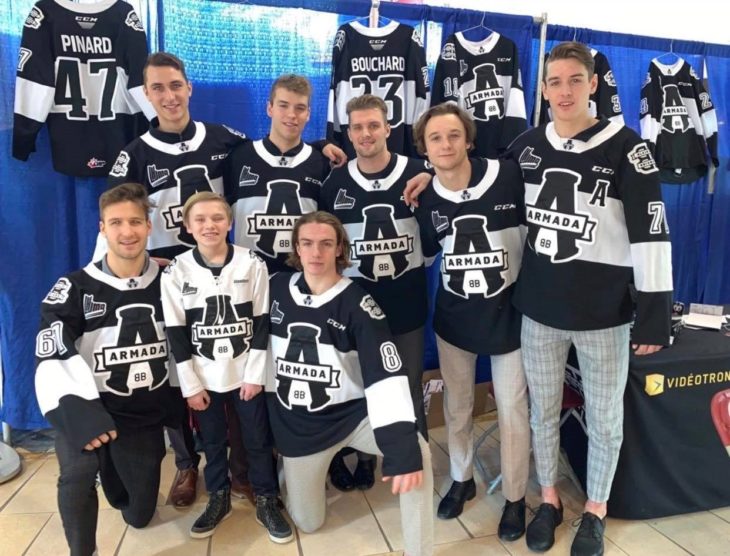 Simon also lent a helping hand to the Tim Hortons Foundation last June, allowing them to amass funds for kids in need by serving coffee during the Camp Day that’s hosted by the restaurant chain. Proudly wearing the Armada jersey on his back, Lavigne also spent the day thanking the franchise’s fans for their donations during the team’s blood drive back on February 17. 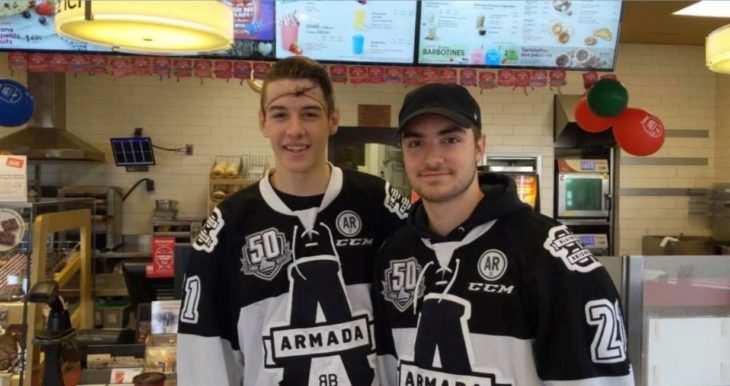