Mooseheads
by
Will MacLaren 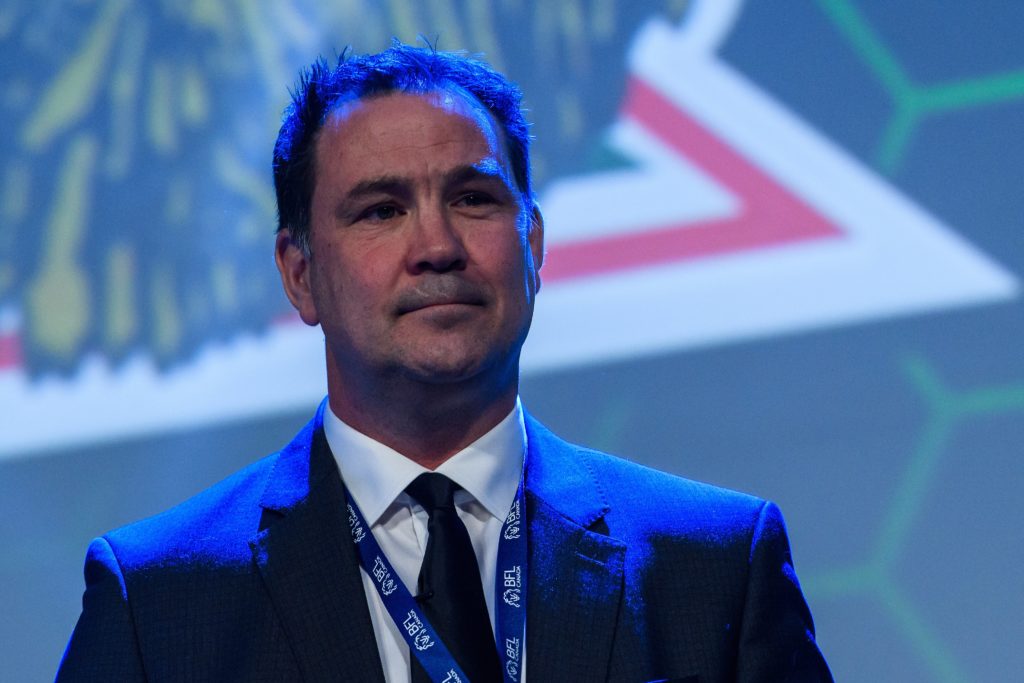 The first time Cam Russell joined the QMJHL, he had to travel almost 1000 miles to make it happen. The second time he entered the league, he simply needed to drive across town.

Russell’s story has a different spin to it in that he truly did choose the “Q” during his playing days. At that time, prospects from the Maritimes could elect to play anywhere in the CHL due to the lack of a territorial agreement between the region and any one junior league. Hailing from Cole Harbour, Nova Scotia put Russell in a unique position.

“I remember (former Olympiques General Manager) Charlie Henry standing in my parents’ kitchen back in 1985, trying to get me to come to Hull,” Russell recalls.

Henry is now a member of the QMJHL Hall of Fame. His message to the Russell clam must’ve been Hall of Fame advice as well. That fall, the then 16-year-old defenseman made his way to the Olympiques and began doing something that would become familiar to him in the ensuing years; winning in the “Q”.

In four seasons with the franchise that was then known as the Hull Olympiques, Russell won two President Cups and was subsequently drafted by the Chicago Blackhawks in the third round of the 1987 NHL Entry Draft.

Following a 10-year professional career, he made his way back home to Cole Harbour and to the QMJHL. A part of the ownership group of the Halifax Mooseheads since their inception in 1994, Russell joined the club as an assistant coach in 1999. Since that time, he’s held a number of positions within the organization including Head Coach and, since 2008, General Manager.

Since coming back to Halifax, Russell has added to his trophy case. In 2013, he pieced together an historically strong Moose squad that followed up a 58-win regular season with first a President Cup and then a Memorial Cup Championship.

“Quite a bit,” he remarked. “I had two great coaches in Hull in Pat Burns and Alain Vigneault. We also had a great GM in Charlie Henry. We were a well-run organization. I take a little bit from each of them.”

It’s been an interesting ride for Russell in his second trip through the QMJHL. Partly unexpected, mostly rewarding.

“When I was offered the opportunity (to obtain an ownership stake in the Mooseheads) it wasn’t something I was looking for. But major junior was something I knew a lot about and I jumped at that. It’s been great to get to know the players and watch them develop. For me, it’s being able to be involved in the game I love. I take a lot of pride in doing it in my hometown.”

Junior hockey is a cyclical game in many ways. Players enter and exit within a short period of time at a level of the game that is built on turnover. That is not to say however, that one can’t return down the road and continue to contribute to the game they love. It’s a characteristic of the league that perhaps can’t be fully appreciated except by those who embrace the opportunity.