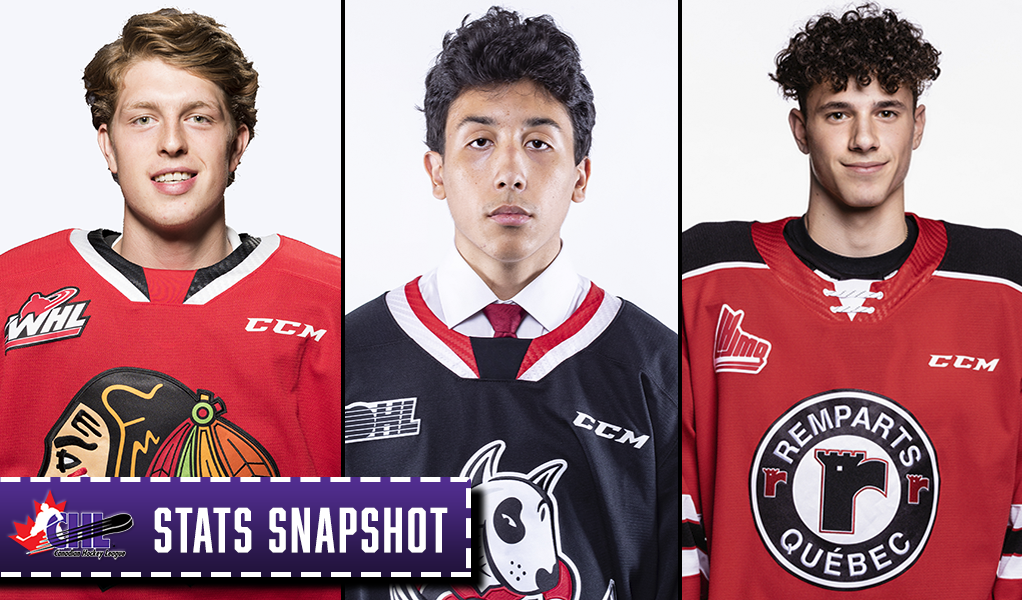 The puck has dropped on the 2019-20 Canadian Hockey League season, with a bevy of first-year talents already making immediate impacts:

He shoots, he scores

An impressive 19 players found the back of the net in their debut performance, including nine players who took it to the next level in scoring on their first shot on goal. Leading the way was Guelph Storm rookie Danny Zhilkin who potted his first career marker only 90 seconds into Friday’s contest versus the Ottawa 67’s.

TALK ABOUT MAKING AN ENTRANCE! @ZhilkinDanny gets his first OHL goal on HIS FIRST SHOT
1-0 for the good guys! #GUEvsOTT pic.twitter.com/vBTNaDNqdX

One wasn’t enough for some as 13 players picked up multiple points in their CHL debut, including Skinner and Quebec Remparts forward James Malatesta, who each scored twice in their first outing. Malatesta exploded out the gates in Victoriaville on Friday night making the most of his first shift. The seventh round pick in the 2019 QMJHL Entry Draft fired the game’s first shot on goal just 13 seconds into the frame, then capitalized at the 24 second mark to set a league record for fastest goal scored by a 16-year-old to pace the Remparts to a 5-4 shootout victory over the Tigres.

In London, one of Skinner’s two tallies also included the game-opening goal. The 18-year-old New York Rangers prospect then added another marker in the final frame before the top ranked Knights ultimately fell short in their comeback bid against the Peterborough Petes.

Two is better than one… congrats @hunterskinner01 on your first OHL goals, more to come🤩 pic.twitter.com/qBR4SAz8P9

Little time was needed for a handful of import players to adapt to new surroundings as 10 newcomers got on the scoresheet in their first game, including six with a goal and five who tallied more than one point.  Across the board, the top overall debut performance came from Portland Winterhawks right-wing Simon Knak, as the Swiss-born NHL Draft prospect picked up one goal and two assists in a 6-1 season-opening win over the Tri-City Americans.

While standing out as a rookie is impressive enough, doing so as a 16-year-old only adds to the fact as 11 players born in 2003 either scored or notched two assists in their debut. That group is headlined by Malatesta’s two-goal performance, but also includes forwards Brett Harrison (Oshawa Generals) and Justin Robidas (Val-d’Or Foreurs), who both recorded one goal and one assist, while right-wing Ethan Burroughs (Owen Sound Attack) registered two assists.

One for the memory book!@Bretth4488, OHL goal scorer has a nice ring to it.#OSHvsKGN pic.twitter.com/RrpPmaHgA6

Top-notch rookie performances also came in the blue paint with five goaltenders earning their first career victories in their first career starts headlined by 17-year-old netminder Tucker Tynan (Niagara IceDogs). With his club playing in a back-to-back, Tynan backstopped the squad to a 3-1 Friday night victory turning aside 38 of 39 shots en route to his first career victory versus the Mississauga Steelheads. 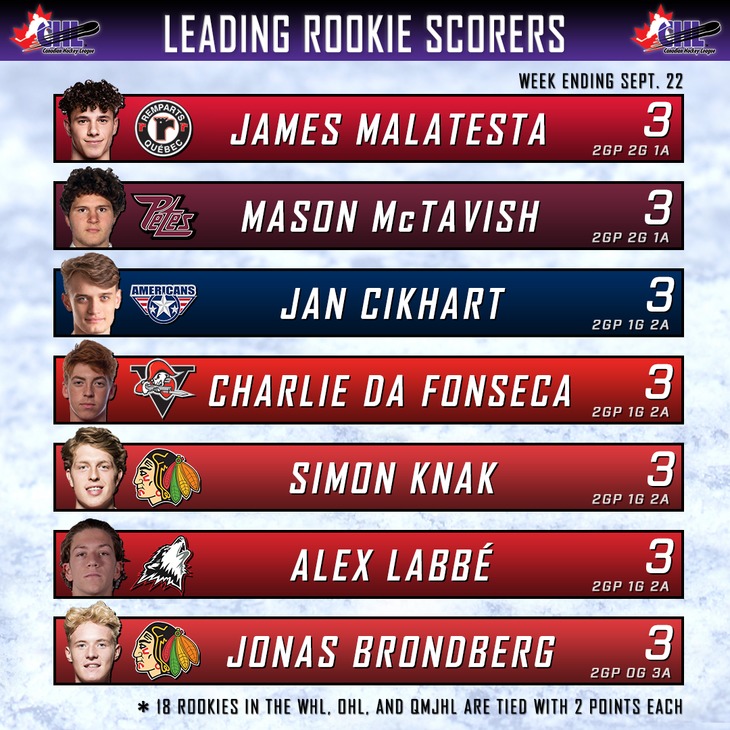