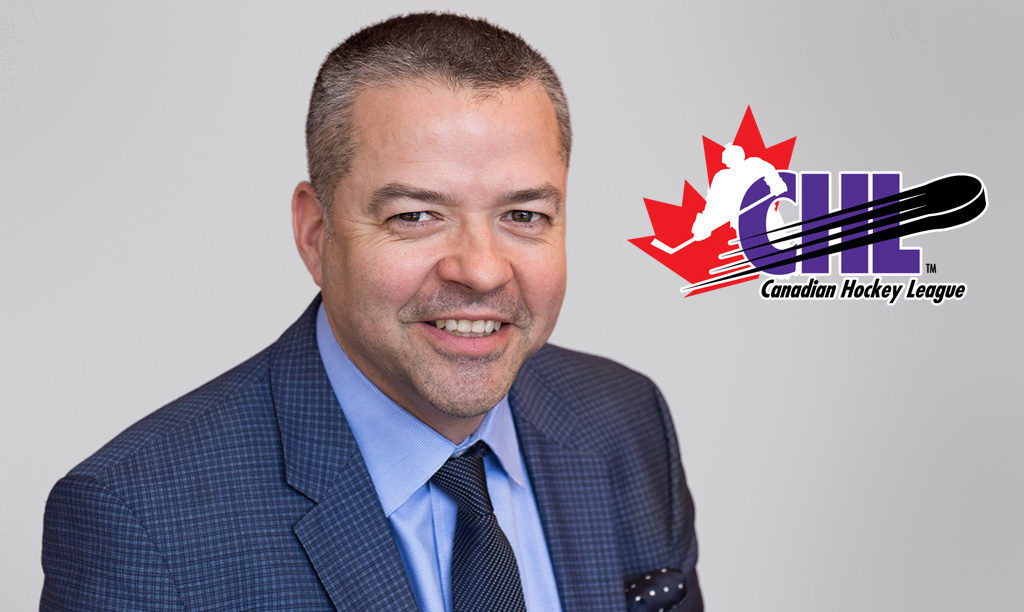 TORONTO, July 30, 2019 – The Canadian Hockey League (CHL) today announced Dan MacKenzie, a long time NBA executive, has been named the league’s first full-time President.  MacKenzie, who begins with the CHL in September, will report to the CHL Executive Council consisting of the commissioners of the three member leagues – David Branch of the Ontario Hockey League (OHL), Gilles Courteau of the Quebec Major Junior Hockey League (QMJHL), and Ron Robison of the Western Hockey League (WHL).

As President of the CHL, MacKenzie will be responsible for growing the game, along with enhancing the player and fan experience.

“Dan has a unique combination of league operations, sports marketing and business experience along with being a former school teacher.  His experience will help the CHL continue to grow and expand our programs and player experience,” said Branch.  “The CHL conducted an extensive search to find the ideal candidate to assume this role. Gilles, Ron and I are confident that Dan is that person.  We look forward to working with him.”

“It’s an honour to be named the CHL’s first full-time president,” said MacKenzie.  “I am thrilled to have the opportunity to work with the Commissioners on strengthening the CHL and building on the strong foundation that currently exists.  Growing up and living in Guelph, Ontario I understand the unique position that CHL teams hold in their communities and look forward to working with our teams to deepen the connection with our fans.”

MacKenzie has more than 20 years of experience working at the NBA, including the last eight years as Managing Director of NBA Canada.  During his time leading the NBA in Canada, he spearheaded many of the league’s signature achievements in the country and this season was instrumental in the NBA’s record-breaking year in Canada, that included the most-viewed NBA season in history, a record 32 marketing partners activating across the country, and the all-time mark for NBA merchandise sales.

“Under Dan’s leadership, basketball and the NBA’s popularity in Canada have grown to all-time highs,” said NBA Deputy Commissioner and Chief Operating Officer Mark Tatum.  “Among Dan’s many accomplishments, he oversaw the success of NBA All-Star 2016 in Toronto, the expansion of our Jr. NBA program, and most recently a record-setting season for the NBA in Canada.  We thank Dan for his contributions to the NBA over the last two decades and wish him the best of luck in his new role.”

MacKenzie sits on the Licensing Industry Merchandisers’ Association (LIMA) Canada Board of Advisors, was the former Chair of the Sponsorship Marketing Council of Canada (SMCC) and was the recipient of the George Brown College Alumni Achievement Award.  He holds a Masters degree in Sports Management from the University of Ohio, a Bachelor of Commerce degree from McMaster University, a Bachelor of Education degree from Brock University, and is a graduate of George Brown College Sport and Event Marketing Program.  MacKenzie currently lives in Guelph with his wife, two children and dog Bruno.

About the Canadian Hockey League

The Canadian Hockey League (CHL), and its member leagues the Quebec Major Junior Hockey League, the Ontario Hockey League and the Western Hockey League, are the number one development league for the NHL, Canada’s national hockey teams and USports. The CHL and its 60 member clubs are committed to the player experience which includes the leading scholarship program in sport, programs to support mental health, other health and welfare programs and the best coaching and on-ice training in hockey.