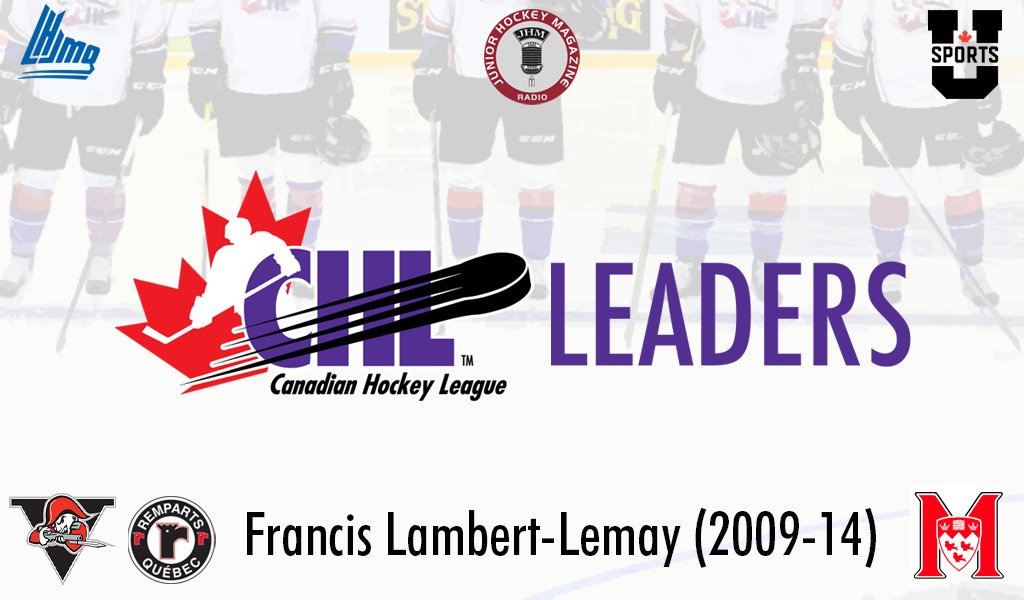 Francis Lambert-Lemay’s four seasons in the QMJHL set him up for a lifetime of success.

Competing with the Drummondville Voltigeurs and Quebec Remparts from 2009-14, the former defenceman reflected on how his time in the junior circuit offered up a tremendous learning experience and how these invaluable lessons still benefit him today.

“It really helped shape the man I am today,” Lambert-Lemay told Junior Hockey Magazine as part of its CHL Leaders segment. “It taught me lots of things like discipline, work ethic, leadership, maturity, and it helped me develop good habits like eating, sleep, and training. It really helped me become a man faster than other people my age.

“It also gave me the opportunity to meet a lot of people from around the world, different personalities, coaches that played in the pros, and some guys who I played against who I now see play on TV.”

In all, Lambert-Lemay believes that many of the attributes he honed over his 256 career contests in the QMJHL have proven critical in his ability to realize success in his current role as a senior analyst with Montreal-based Willis Towers Watson, the world’s third-largest insurance brokerage.

“I feel that employers value the time management skills that you are able to develop in the CHL and at McGill as well,” added Lambert-Lemay, who after his time in the QMJHL earned a bachelor of arts degree in economics from McGill University while also suiting up for four seasons with the varsity Redmen.

Lambert-Lemay also credits the accessibility of the CHL scholarship program and how it paved the way for him to obtain a post-secondary education.

“I felt that the opportunities (after junior hockey) were kind of thin and not that important. It was mostly ECHL or Europe and I felt that going to university was much more important,” Lambert-Lemay concluded. “(The scholarship program) really allowed me to focus on being successful in the classroom and not worry too much about money. My old team in the QMJHL in Drummondville was also offering a small bursary, so combined it helped me really focus on school and hockey.”

Chicoutimi Saguenéens QMJHL Alumni
Our Alumni | An outstanding student, Nicolas Therrien is now reaping the fruits of his labor
7 hours ago