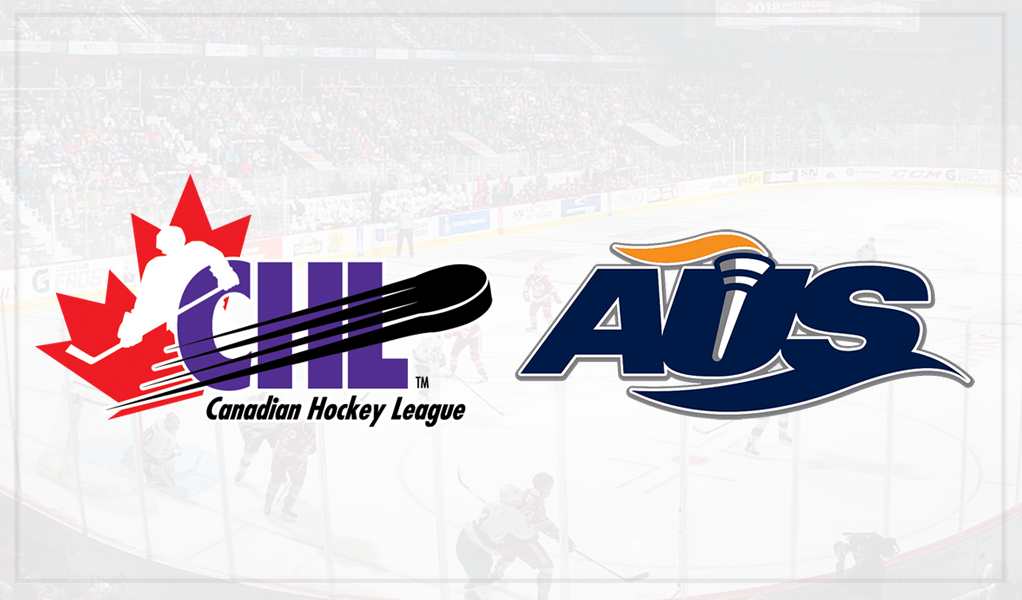 After leading all goaltenders in wins (16) and save percentage (.918), Lethbridge Hurricanes graduate Logan Flodell of the Acadia Axemen was named the recipient of the Kelly Trophy, awarded to the conference’s most valuable player, doing so in his second season in the AUS after graduating from the WHL in 2018. As the MVP winner, Flodell has been nominated for the Senator Joseph A. Sullivan Trophy, presented annually to the U SPORTS Player of the Year.

Elsewhere, Saint Mary’s Huskies right-wing Mitchell Balmas, who wrapped up his CHL career with the Cape Breton Screaming Eagles in 2018-19, was awarded the A.J. MacAdam Trophy as the AUS Rookie of the Year. In 27 appearances with the Huskies this season, Balmas recorded 17 goals and 26 assists for 43 points to finish second in conference scoring.

Recognition also extends to the Moncton Aigles Bleus as third-year centre and Baie-Comeau Drakkar graduate Vincent Deslauriers is the 2019-20 recipient of the Don Wells Trophy, presented to the conference’s most sportsmanlike player. Currently working toward a business degree, Deslauriers appeared in 28 games with the Aigles Bleus this season, registering 24 points counting nine goals and 15 assists.

Rounding out the major award winners is Acadia Axemen defencemen Liam Maaskant, a Kitchener Rangers alumni and the 2019-20 recipient of the Godfrey Award, presented each year to the student athlete who best demonstrates leadership on and off the ice. Finishing his fifth season with the Axemen, and second year as team captain, Maaskant excelled on the ice, tallying four goals and 11 assists for 15 points in 28 contests. Away from the rink, Maaskant, an engineering student, was actively engaged in a number of voluntary causes, including serving as co-president of the Acadia Players’ Association.

With the 2019-20 Atlantic University Sport regular season schedule concluded, playoff action is now underway before the eventual champion joins an eight-team showdown of the top teams from coast to coast as they compete for the 2020 U SPORTS University Cup.