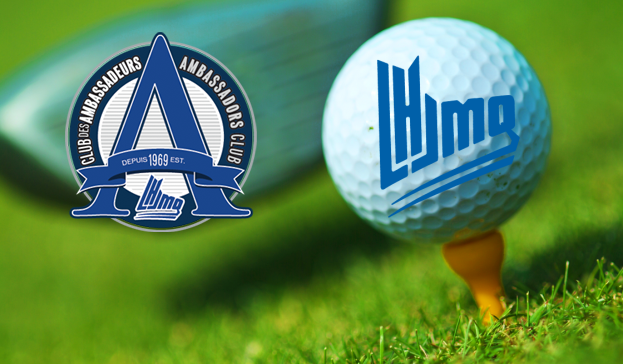 “The Ambassadors Club’s mission is to assemble former QMJHLers with the purpose of bringing them together through their passion for junior hockey,” said League Commissioner, Gilles Courteau.

The event will begin at 9 am with a brunch. The golf outing begins at 10:30 am. After the round of golf, all guests are invited for a cocktail at 3:30 pm.

We have a very special theme this year.  We will welcome several players and members of the 1997 MasterCard Memorial Cup Champions, the Hull Olympiques, to underline the 20th anniversary of their historic win.  Defenseman Steven Low was the captain of the Olympiques in 1997 and he graciously accepted to be Honourary Co-Chairman when Guy Darveau, president of the QMJHL’s Ambassadors’ Club, reached out to him.

Steven Low played in 315 games with Sherbrooke, Victoriaville and Hull. He was the captain of the Olympiques when they won the 1997 MasterCard Memorial Cup. He scored 52 goals and collected 197 points during his QMJHL career.

“This alumni club is an important group for the QMJHL”, according to Guy Darveau, a former defenseman for the Longueuil Chevaliers, Victoriaville Tigres and Vedrun Junior Canadians. “The League needs this group in order to create a feeling of belonging among its alumni. With the Ambassador’s club, we are able to accomplish that.”