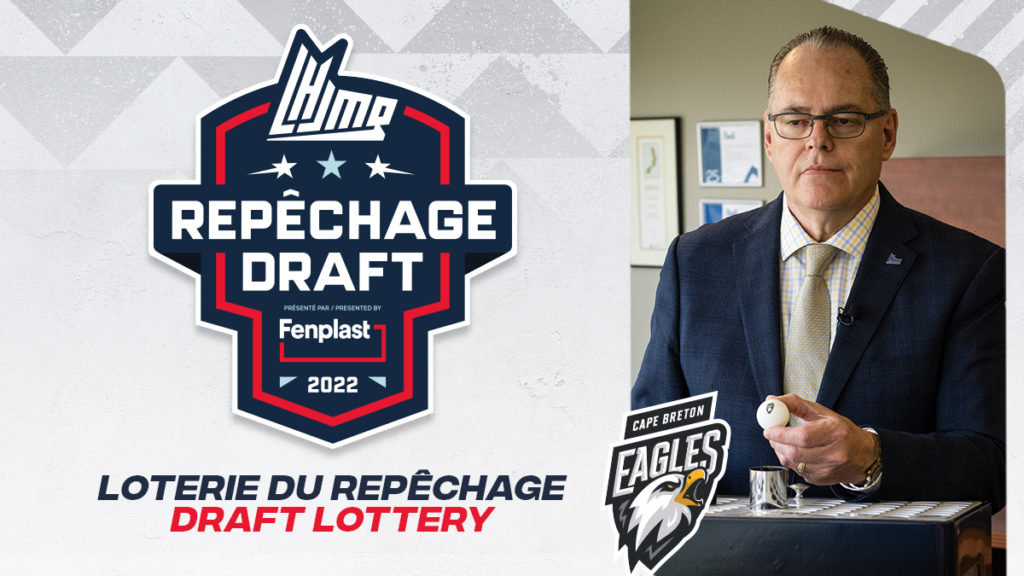 With nine balls and a 43% chance of winning the draw, the Cape Breton Eagles won the lottery and will have the first overall selection in the upcoming draft.

The Victoriaville Tigres, who ended the season in 17th place, will be selecting second overall. The Tigres had six balls and a 28% chance of landing the first overall pick.

Although the Chicoutimi Saguenéens only had one ball (5%), they gained two spots and will select third overall. The Baie-Comeau Drakkar (3 balls – 14% and 2 balls – 10% due to a trade with Val-d’Or) landed the fourth and fifth overall selections.

Here is the order of the first five selections in the 2022 QMJHL Entry Draft.