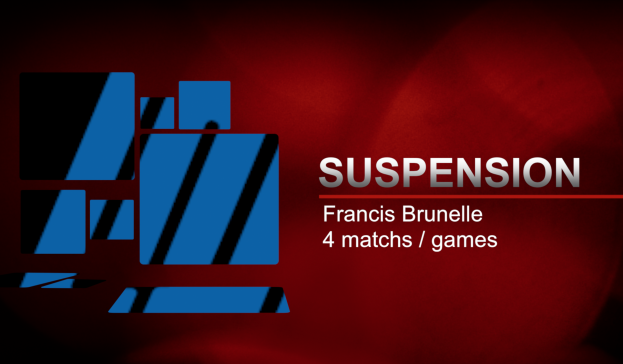 BOUCHERVILLE, Friday, February 14, 2014 – The Director of Player Safety of the Quebec Major Junior Hockey League, Raymond Bolduc, today suspended Francis Brunelle of the Cape Breton Screaming Eagles for 4 games. The suspension was handed out following an incident that occurred on February 12th against the Halifax Mooseheads.

The Director of Player Safety made this decision after having reviewed the video of the incident, considered the officials’ report, spoken to the players and organizations involved and after consulting the Disciplinary Committee.