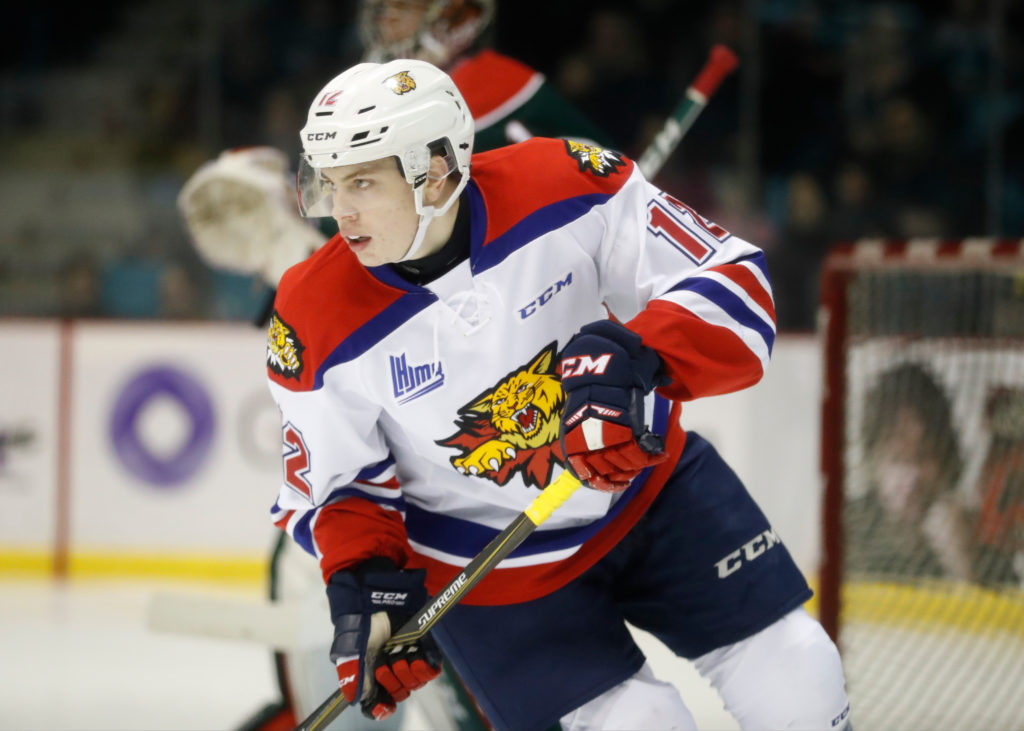 But the soft-spoken 18-year-old from Summerside, PEI, is making some noise for the Moncton Wildcats this season.

McKenna is coming off a solid rookie campaign where he scored 16 goals and added 10 assists in 66 games for the offensively-starved Wildcats.

The quiet and confident Islander is now lighting up the QMJHL with seven goals and ten assists in twelve games and sits third in league scoring. McKenna is quick to deflect the attention away from personal accolades and credits his linemates, rookie Jakob Pelletier and current top-scorer Mika Cyr, for his stellar start.

“Playing with Mika and Jakob is helping me grow as a player and I feel we have great chemistry together. We are always on the same page out there and encourage each other and I think that’s why we have been having success this season,” McKenna said.

“Mika is a great player and is an elite skater. Jakob has great hockey sense and he’s a fun player to play with because he makes plays.”

McKenna is focused on team success in his sophomore season with the Cats, and has taken on a leadership role with the young upstart club.

“Jeremy is simply one of those leaders who exemplifies leadership by example,” said Wildcats Director of Hockey Operations Roger Shannon.

McKenna’s intense workout regime caused a social media stir this summer. He attributes his great start to his commitment to his conditioning.

“I worked hard this off-season and it’s good to see it paying off,” McKenna said.   “I was in the gym at least six days a week. I’m really motivated to win with this team and that’s what motivated me every day.”

“The team has come together quick and we are doing a good job night in night out and I’m happy that I can contribute to the team and keep winning”, he added.

McKenna is a bona fide sniper who possesses a pro release. He is a natural goal scorer who excels in high traffic areas and has great edge control. But his rededication to fitness in the off-season has added another dimension to his game, which makes him elusive and harder to contain below the hash marks in the offensive zone.

“Nobody worked harder in the off-season than Jeremy,” mentioned Roger Shannon. “He is proof of what a person can do when they truly are all in. When you have the skill and shot that he has, you evolve into an elite scorer when you put the work in. His release is in the Top 5 of the league.”

McKenna’s ability to spin off checks and battle for loose pucks creates time and space, and it also enables him to gain offensive position and access to seams that he couldn’t a season ago.  His ability to read the play and his awareness to find the quiet zones of the ice make him a constant threat to score off the rush.

With his phenomenal start to the season, McKenna’s play may have him popping up on the radar of NHL scouts.

“Definitely getting drafted is in the back of my mind, it’s been a dream of mine my whole life,” said the young star who’s already making noise around the QMJHL. “I want to take this year day by day and game by game, and try to get better every chance I get.”