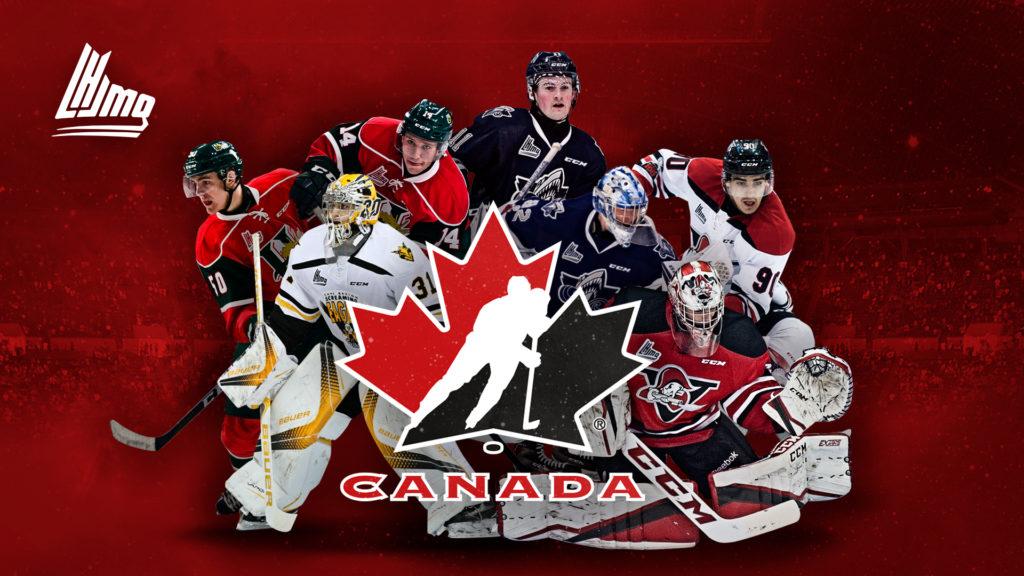 Boucherville, Que. – Hockey Canada announced the Canadian roster that kicked off the 2018 IIHF U18 World Championship today, held in Chelyabinsk and Magnitogorsk, Russia, until April 29.

There are no less than seven players from the QMJHL on the current Canadian National Men’s Under-18 Team roster, including all three of its goaltenders, one defenseman and three forwards.

Here is the list of the selected players that come from the QMJHL:

In the case of McIsaac, Rodrigue and Veleno, they all took part in the World Under-17 Hockey Challenge with Canada before graduating to Canada’s National Men’s Summer Under-18 Team that won gold at the 2017 Ivan Hlinka Memorial tournament.

It is to be noted that McIsaac and Veleno will be rotating as alternate captains during this tournament.

As for Lavoie and Mandolese, they acquired their international hockey experience by taking part in the 2016 World Under-17 Hockey Challenge, respectively suiting up for Team Canada White and Red.

The youngest player on the roster at age 16, Alexis Lafrenière played in the 2017 edition of the same under-17 tournament earlier this season, leading Team Canada Red to a silver medal.

Lafrenière’s teammate with the Océanic, goaltender Colten Ellis, will be taking part in his first-ever international hockey competition. He caught Hockey Canada management’s attention during his historical win at the latest Telus Cup tournament.

Although quite unlikely, it is to be noted that Hockey Canada still has the possibility of adding more players to its roster as teams are eliminated from the Canadian Hockey League playoffs.

With the help of its players from the QMJHL, the Canadian team will be looking to win its first gold medal at the U18 Worlds since the 2013 tournament.