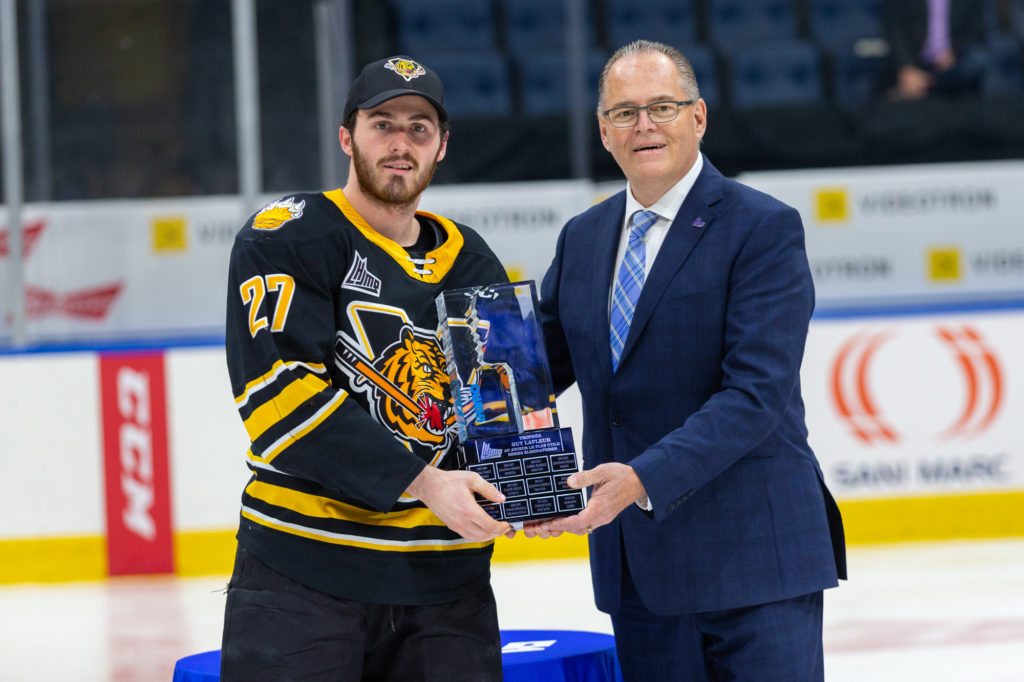 Victoriaville Tigres forward Benjamin Tardif was named the winner of the Guy-Lafleur Trophy as the 2021 playoff’s Most Valuable Player.

Acquired from the Sherbrooke Phoenix at the holiday trade period, the overage winger recorded 22 points, including 11 goals, in 19 playoff games.

Tardif becomes just the second player in Tigres history to claim the award, the previous winner being defenseman Danny Groulx, who won the trophy at the conclusion of the 2002 playoffs.