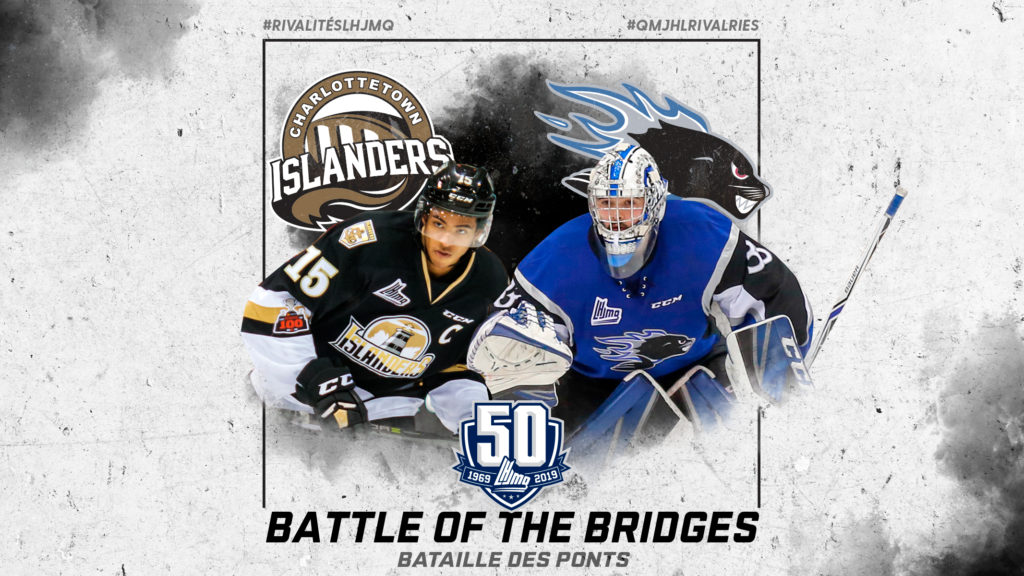 The roots of the rivalry between the Saint John Sea Dogs and Charlottetown Islanders date back to a first-round playoff series in 2008.

In just their third year of existence, the Sea Dogs were fighting for credibility after qualifying for the postseason for the first time. The upstart Port City squad faced off against the P.E.I. Rocket, the forerunners to the Islanders.

The Rocket ran roughshod over the Sea Dogs the previous season, but this series would be Saint John’s coming out party. After enduring two years of losing and endless growing pains, Sea Dogs veterans Alex Grant, Ryan Sparling and Brett Gallant were thrilled with earning a playoff berth. Second-year head coach Jacques Beaulieu brought valuable experience from his time as an assistant with the OHL’s London Knights.

Newcomers Alexandre Picard-Hooper and Scott Howes added offensive punch to complement sophomore sensation Chris DiDomenico, and Travis Fullerton provided stability in goal. Saint John rolled past the Rocket in a four-game sweep in the first playoff installment of the Battle of the Bridges.

Saint John then defeated Acadie-Bathurst in six, leading to a semifinal berth against Rouyn-Noranda. And even though the Sea Dogs were swept, the young franchise used the P.E.I. playoff experience as a stepping stone.

Several players from the 2008 series were still with the Sea Dogs when they crossed Confederation Bridge for a rematch with the Rocket in the first round of the 2010 playoffs.

With P.E.I. native and former NHLer Gerard Gallant behind the bench, Saint John defeated the Rocket in five games. Aside from Gallant, another familiar face played a role in the victory. The Sea Dogs had acquired overage goalie Marco Cousineau from the Rocket in a mid-season trade, and the burly backstop delivered against his former team.

Jonathan Huberdeau, one of seven future NHLers in Saint John’s lineup, scored a hat trick in the clincher. Saint John would reach the President Cup final, losing to the Moncton Wildcats.

But the club’s core remained intact and would go on to win two QMJHL titles and a Memorial Cup championship, forcing the entire country to acknowledge the junior juggernaut next to the Saint John Harbour Bridge.

While the Sea Dogs have won both playoff series and are 57-35-7-6 overall in their all-time matchups, Charlottetown has posted two victories over Saint John this season entering Rivalry Weekend.

Former Sea Dog Kevin Gursoy had a goal and an assist in Charlottetown’s 4-0 triumph this past September 26th, while another ex-Sea Dog, Daniel Hardie, scored the decisive marker in his team’s 6-5 shootout win on October 14th.

Eleven different Charlottetown players had found the scoresheet in regulation in the second game, including Lukas Cormier, a defenceman from New Brunswick who will play in the upcoming World Under-17 Challenge in Saint John and Quispamsis.

In recent years, the Battle of the Bridges has featured brothers Mathieu and Pierre-Olivier Joseph. Mathieu, a winger with blazing speed, recently picked up his first NHL point.

Pierre-Olivier, a rangy, puck-moving defenceman, is among Arizona’s top prospects. The two faced each other during the 2015-16 and 2016-17 seasons.